Deal was made between the International Olympic Committee (IOC) and Pfizer to supply vaccines and the UK Government has agreed to cover the cost; Paralympics scheduled to take place in Tokyo between August 24 and September 5

ParalympicsGB's Chef de Mission Penny Briscoe says the promise of Covid-19 vaccinations for all British athletes competing at the Tokyo Paralympics is "really reassuring news" and a "huge step forward".

The Government has agreed to cover jabs for those travelling to the Games using vaccines made available through a deal struck between the International Olympic Committee and Pfizer.

Around 240 athletes from 19 sports are expected to make up Great Britain's Paralympic team for the rescheduled event, which is due to take place from August 24 to September 5.

Vaccinations are being offered to all British stakeholders going to the Japanese capital for either the Olympics or Paralympics but are not mandatory.

Briscoe has welcomed the move, which was confirmed late last week, as details on the rollout are finalised.

"The IOC have done a tremendous job in terms of the relationship that they've developed with Pfizer," Briscoe told the PA news agency.

"And certainly questions we've had from athletes up until this time were clearly around vaccinations and when might they get vaccinated.

"They've been incredibly respectful of the position of the British Government in terms of prioritisation, and quite rightly so.

"The IOC maintained throughout that vaccines wouldn't be mandated for Games participation but I think this is a huge step forward in terms of the Covid countermeasure tool kit, if you like, and IOC predicting that at least 80 per cent of Games stakeholders will be vaccinated ahead of the Games and that is really reassuring news.

"Obviously the news is pretty hot off the press in terms of IOC and it's working through the National Olympic Committee to now work out what that rollout looks like, and obviously working with the British Government as well.

"We are just biding our time to understand what that's going to look like. But it's definitely very positive." 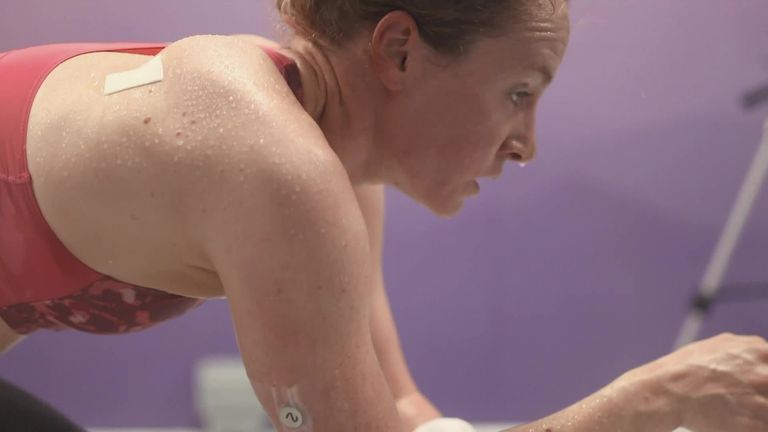 Coronavirus continues to dominate the build-up to both the Olympics, scheduled for July 23 to August 8, and the Paralympics.

Infection rates have been rising across Japan, while opposition to the events is growing amid a month-long state of emergency in Tokyo.

Briscoe, who was in the host city when the pandemic took hold last year, is mindful of the "fear" among the Japanese public and understands the concerns but is confident the Games can be delivered safely.

"I am following the lead and I trust very much my organising committee colleagues and colleagues at the IOC and at the IPC (International Paralympic Committee)," she said.

"They are with their sleeves rolled up, working through the very fine detail of delivering a Games in the midst of a global pandemic.

"And I think John Coates from IOC, as well as Thomas Bach (IOC president), talked about their confidence in being able to deliver the Games environment within Japan, despite the prevalence of Covid.

"We've seen around the world that sporting events have been able to be delivered successfully against that Covid backdrop.

"We are in regular communication with our colleagues at the embassy in Tokyo as well and it's really important that we recognise and respect the current views and we are very mindful that there is a lobby against the Games taking place.

"We've been in really challenging times in the UK and we are empathetic with how the Japanese are feeling. It's a feeling of fear, a feeling of uncertainty. And I think through uncertainty and fear the lobby has obviously generated some energy.

"But what's important now is to be able to demonstrate - and I think the organising committee can do that very well - the success and the safety of delivering the diving test event, the athletics test event, the world triathlon union series event in Yokohama just 10 days ago.