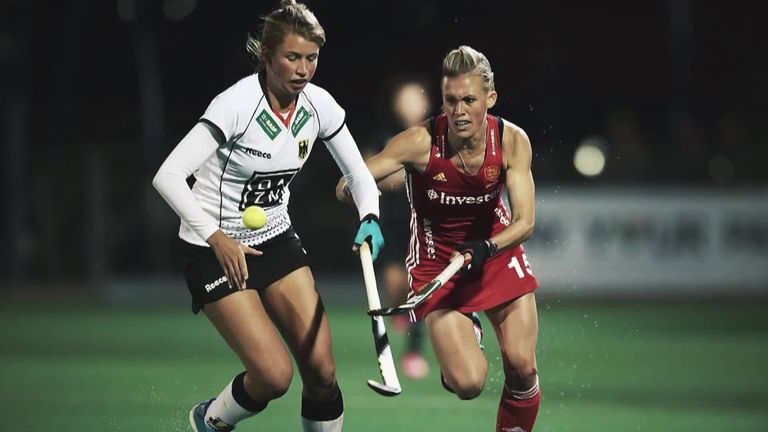 Great Britain Olympic hockey gold medallist Alex Danson has opened up on her concussion ordeal and long road to recovery before Tokyo 2020...

Making the most of a rare break from hockey after the World Cup in London last August, Danson flew to Kenya with her now husband for the holiday of a lifetime.

But it was on that holiday her life as she knew it changed completely.

"My partner Alex told a joke and I remember laughing and throwing my head forwards kind of hitting him and I flung my head back and I just hit the back of my head on a brick wall," she told Sky Sports.

"It was kind of one of those things that I laughed off awkwardly but I remember saying to Al, that wasn't good, that didn't feel right. I remember thinking I really hope I'm not concussed.

"The next morning I went for a run, thinking I could run it off. But when I got back to where we were staying, the room began to spin and I realised I was going to have to take it easy."

After returning from Kenya, Danson spent the next month in a dark room, unable to tolerate any light or sounds.

"I couldn't filter," she said. "I could have one person speaking to me at a time, incredibly slowly. But if there was background music or even the sound of a glass of water being put on a table, it would make me feel horrific."

Things got even worse about five weeks after she hit her head.

She was still suffering from severe headaches but was desperate to get back to hockey, persuading her doctor to allow her to attend a pottery painting activity on a team away day.

"I was having a conversation with a player next to me while painting my egg cups and the only way I can describe it is I suddenly just couldn't respond, I couldn't talk, I had this wave of awful feeling over my body," she added.

"I felt like someone had just hit me over the back of my head with a sledgehammer." 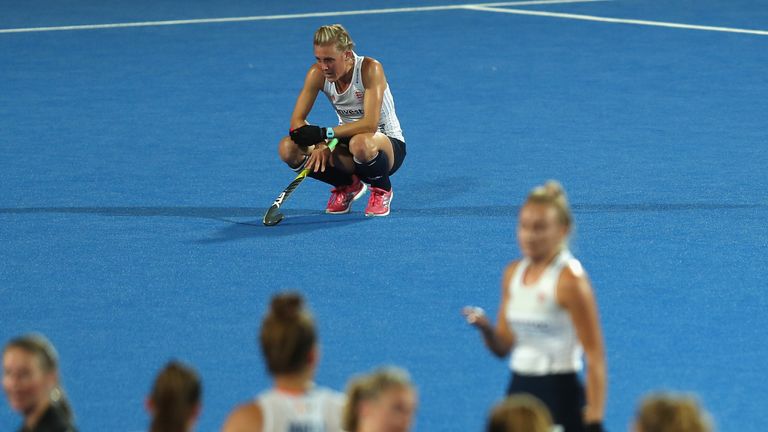 I felt like someone had just hit me over the back of my head with a sledgehammer.

She managed to get herself home but soon after, was violently ill and rushed to hospital where she suffered a seizure.

After several scans, she was eventually diagnosed with a mild traumatic brain injury and told by a neurologist it could take several months for her to recover.

"I remember looking at her and thinking you've got two heads, you don't know me, it's not going to take anything like that long. Unfortunately she was correct and when I came out of hospital, it really felt like I was starting the journey again."

The road to recovery

The recovery has been incredibly difficult to manage.

"I'd wake up and I just couldn't wait until it was time to go to bed again because I knew the day was going to be so challenging," Danson said.

Fourteen months on and Alex still suffers from headaches every day. But she's making progress, recently hitting the milestone of a 30-minute jog.

"It took me one year and 37 days to be able to run for 30 minutes - that still wasn't without a headache and I did it. And it was the most immense sense of I'm getting there.

"30 minutes for me used to be a jog and stretch in the morning before three intense sessions with the GB squad. It was easy, I did it without thinking and now it feels like I've conquered a mountain."

The Danson family's resilience has been tested to the max over the last year with Alex's injury and now again with her sister Claire, a European champion triathlete in the 30-34 age category, who announced on Sunday she is paralysed following a collision with a tractor while riding her bike in August.

Danson describes her sister as "the most resilient, hard-working and inspiring person you will ever meet" and has asked people to "support her, laugh with her and sometimes cry with her" to aid Claire's recovery.

When it comes to Tokyo 2020, the former Team GB captain's determination is clear.

"It's something I look towards and believe that I will be well enough for if hopefully I can get myself fit enough and give myself a chance at selection," Danson said.

"But I understand that may also not be possible and therefore I am kinder to myself and kinder to my body."

"I'm definitely getting better all the time. The analogy I use now is that I'm on the motorway and I'm stuck at 50mph and I can't get any quicker.

"Do I believe I'll get back to my life before? Absolutely. Do I know when? No.

"But I have learned to be patient and I have a new appreciation and a fresh perspective on things that perhaps if this hadn't happened, I wouldn't have."

Both Great Britain's men and women have one final chance to qualify for Tokyo 2020 when they play Malaysia and Chile respectively on November 2-3 at Lee Valley.

Danson will be there to support them - something she says will give her "immense pride".

"We have a very young, very exciting team," she added. "We always create a fantastic team, we don't rely on individuals. I have complete faith in the team that are going to represent Great Britain.

"For the older players, there is a level of expectation on their shoulders but I believe they'll do the job."