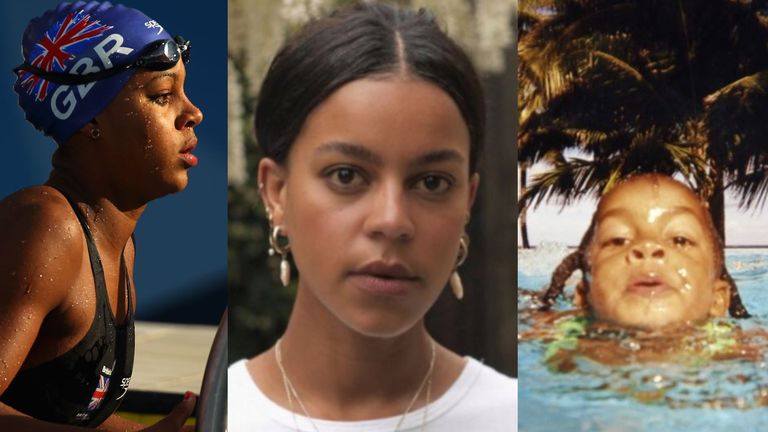 "Swimming is a very white sport and it always has been and it's now really important that swimmers of colour are given a platform.....I think people are ready to make space for that to happen."

The words of Rebecca Achieng Ajulu-Bushell, the first black woman to swim for Britain. Now eight years after quitting the sport as a teenager just before an Olympic debut, her advice, experiences and internal fires can act as a beacon of hope for all those aspiring to follow her path.

"Growing up in a very white world, having that identity put upon me - the first black female swimmer to represent Britain - it's been something I've struggled with," Rebecca told Sky Sports News.

"I've now got to a place where I feel I'm able to claim it a lot more but of course I always felt different - I was one of the only black faces on poolside.

"When I think about British Swimming, I think about the necessity to support those who don't necessarily have the same support network that I did. And have they learnt lessons from the last 10 years? I think everyone has.

"There's a lot more transparency, there's a lot more necessity to talk about this stuff - the stuff being issues of race and gender and class and that's at the forefront of a lot of institutional reform. Do I think the culture has changed? No probably not.

It is a hopeful message from someone who achieved so much in the pool (world No 1 in 50m aged 15) only to fall out of love with the sport at the age of 17 experiencing so many identity struggles "in a very white world".

Currently Britain's only black elite swimmer, the 23-year-old is on a mission to promote inclusivity and diversity, giving inspiration to all those organisations and individuals looking to boost the stats - 95 per cent of black adults in England do not swim and 80 per cent of black children have never swum, according to Swim England.

Rebecca is clearly a big fan of Dearing but she also has a warning over the awaiting attention as the Tokyo Olympics build-up gathers pace. 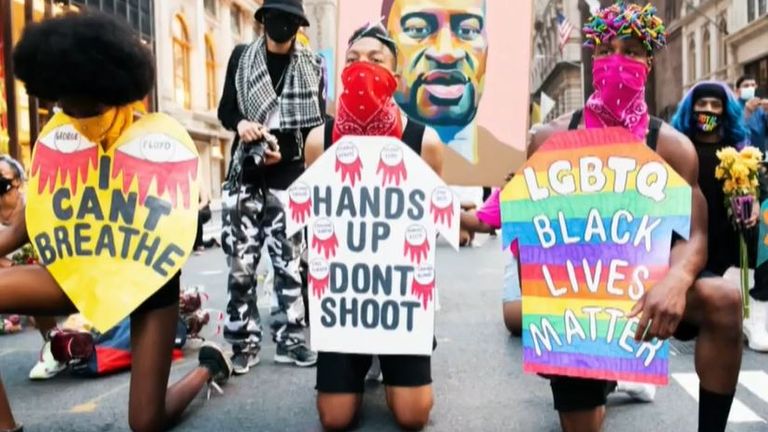 She said: "I think Alice is actually more in the spotlight than I was and it's really difficult to hold up the mantle for a whole group of people who aspire to chart the same path as you.

"It seems as though she is well supported. The Black Swimming Association that has just been set up is another great bastion of that and really indicates that progress is being made.

"But I think the fact there are so few swimmers of colour, it means she's always going to have that spotlight on her."

It seems British Swimming is determined to ring the changes. A spokesman told Sky Sports News: "Sporting culture has moved on a long way in the past decade, and it is a conversation we continue to push to ensure we carry on improving it.

"Part of this includes doing more to increase the diversity of those involved at all levels of aquatics sport and we have a strong, ongoing dialogue between ourselves and the Home Nations to try to shape aquatics towards ever more inclusive participation.

"Swim England's partnership with the Black Swimming Association - who look to increase participation of people from BAME communities across aquatic sports - is one we wholeheartedly support, and it is one step towards this important goal."

It's been quite the journey since floundering in a rubber ring in the Indian Ocean for Rebecca Achieng Ajulu-Bushell who admits to having finally rediscovered the passions for an activity not embraced since she was diving into a pool.

Born in Warrington, she moved to Africa, learned to swim in Kenya, was a class-mate of diver Tom Daley in Plymouth, swum in Cape Town and studied fine art at Oxford University. She now coaches club swimming and has set up a media strategy company called NKG making documentaries about racial issues. 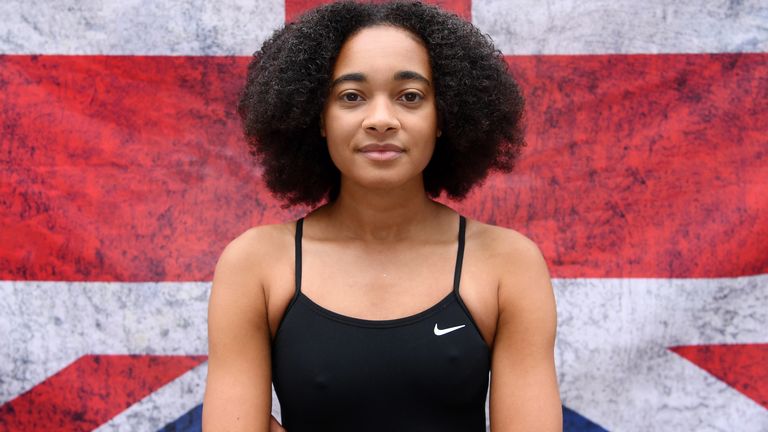 "I remember really clearly sitting in my bedroom and I could hear my parents watching the 2012 Olympics," she said reflecting on her decision to quit swimming six months before the London Games. "It was really, really difficult to not feel intense regret and also really isolated.

"I was searching for another identity. The most formative 10 years of my life, I was always the swimmer. You exist in this cycle of competitions and hotels and getting on planes. You don't think beyond the next competition and then suddenly it's all over.

"It's been strange finding another thing that feels like my whole life but I've finally started to match that same feeling of all consuming love for something else.

"I think that's a necessary ingredient for success. All of the athletes will tell you they're a little bit insane and I think that when they say that, that's what they mean. I adore coaching now and have really carried that through the past eight years since I quit the sport.

"There's no way that sport couldn't be a big part of my life and whether that's running or rock climbing or yoga or whatever it is but I can't say that apart from on holiday, I get in the water that much anymore!"