The 14-time Paralympic champion talks openly to Judy Murray in Sky Sports' Driving Force, live on Sky Sports Mix at 9pm, about the challenges she faced early in her career, as others became jealous of her success which led to her seeking control by limiting her eating

Dame Sarah Storey opens up about being bullied for achieving success at an early age, and how those experiences led to her grappling with disordered eating.

For the 14-time Paralympic champion, swimming and sport in general were at the heart of her life from an extremely young age.

She is the eldest of three siblings, and never felt that being born without a left hand would stop her. Her grandmother had worked in disability services and was the first to say that they would all "hardly notice it" and that Storey's life would not be diminished as a result. She was right.

"I had an outdoor life," Storey said to Judy Murray during the latest episode of Driving Force.

"We were very fortunate to have a big back garden at home, so I learnt to throw and catch from being able to stand up and learnt to kick a ball. We'd go camping, mum and dad were scout leaders, so they'd take me to cub camp, and I was a cub from being about two-years-old."

Swimming quickly became a part of Storey's active childhood, as her primary school had a thriving swimming club and during the Saturday afternoon sessions, she excelled.

"When I was four-years-old I got my 10-metre badge, I did my 3,000-metre badge when I was six-years-old. When I was eight, I was the fastest swimmer in the school."

Two years after becoming the fastest, Storey moved her career forwards at Stockport Metro Swimming Club. After proving she was not too old to start formal training, she rapidly went through the groups.

"At that point, we didn't know the Paralympic Games existed. I was just in able-bodied sport doing the same as any other child.

"When I got to about 12-years-old and I'd caught my peers up, I realised that having one hand was a little bit of a disadvantage and I was not quite as quick as I wanted to be. The frustration of just missing out on national age-group qualifying times, started to set in."

After watching a programme on television about someone training for a place at the Paralympics Games in Barcelona, Storey became curious and her coach Alastair Johnson spoke to her about Paralympic sport.

She was persistent in writing to the leader of North West Disability Swim and, after 18 months, was invited to attend a regional competition which selected people for the National Championships.

"I went to this gala and I wiped the floor of everybody! Fortunately for me, there was a lady there who was involved in a higher level of British Parasport. She sent me to a training weekend in Birmingham."

At Fox Hollies, Storey started in lane one with the slowest swimmers and finished in lane six with the fastest. Everyone wanted to know where she had come from, and with 10 months to go before the Barcelona Paralympics she was selected onto the British swimming team.

Storey, who was then just 14, went to the 1992 Paralympics and returned with five medals, including two golds. After reaching the top of her sport, she then returned to school to focus on her GCSEs. Alas, at that point she encountered issues with bullying.

"I had a bit of a problem with my year group and my class-mates, who thought that because I wasn't talking about it [the Paralympics], I was too good to talk about it. It was funny because if I had been constantly talking about the Games and how good they were, then I would have been called a big head anyway."

She remembers being a "walking conversation-stopper" and girls talking about her behind her back, mocking her for coming into school with wet hair, for not being around at the weekends and never talking about what she was doing.

The taunts continued further, she described it as constant "nit-picky stuff" and Storey shared the issues she was having with those close to her.

"One of the instigators was someone who had been quite close to me; I knew her really well, but she didn't like where my career was going. It wasn't where her career was going and maybe that was the jealously side."

It was a lonely existence at school, but because I had this other life, where my swimming friends were, where my swimming career was and the aspirations I had, it was worth it to suck it up. I knew that my career in sport would last a lot longer than bullying at school.

The three weeks Storey had spent at the Paralympics meant she had grown up hugely. She had learnt the importance of having a clear focus and processes, which was very different to being a regular student.

Despite her positive experiences, Storey was not immune to this bullying. The uncontrollable nature of it forced her to try and find something that she could control, and that turned out to be her intake of food.

"I'd stopped eating really," she said honestly. "I'd go out at lunchtime for a walk, and didn't go and buy any food. I would have an apple or something and come back to school.

"I'd pick my way through dinner after school and I lost a lot of weight in that first term, term and a half at school. It probably wasn't until the following February when I went to the National Junior Swimming Championships and one of the other parents asked my dad if I'd been ill over Christmas?

"I could only control the eating and it probably was another few weeks later, when I wasn't gaining weight and I was still too skinny that my mum said we really needed to go to the GP because it was important that we made sure I was healthy." 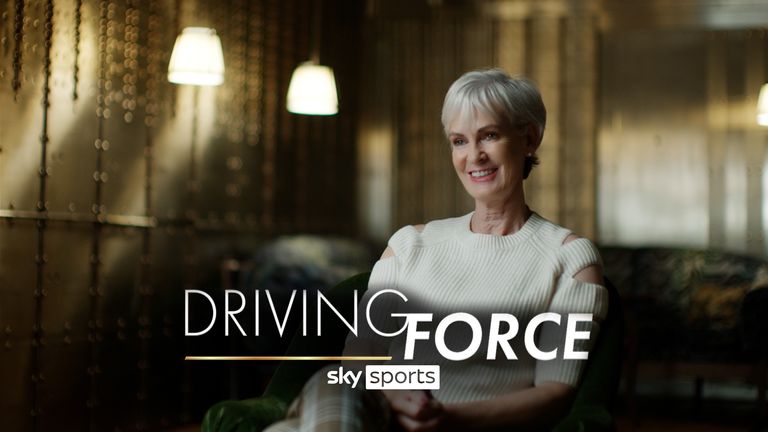 The doctor spoke to Storey about what was going on and started the process of framing things differently for her.

"She said that she understood I was having a tough time but if I didn't eat, then I wouldn't be able to compete in any sport. She said what she needed me to do was a food diary, and see that I was eating healthily enough to be an athlete, because it was really important to her that we didn't lose me."

Storey's GP continued on to say that she thought the young athlete's eating was "disordered" as opposed to her having an eating disorder at that point.

"To be honest, I didn't like not eating and this tussle I was having," Storey recalled.

"So, doing a food diary was a really good way to justify to myself that I was eating okay. It showed that I was still in control of something and it was me correcting something to make my career better. When it was framed in that way, it was a lot easier to handle.

"It's something that I've passed on, when I've met other athletes who have struggled with their eating, I've framed it in a way of eating for their sport and eating to fuel them to be a good athlete, which gives them a different focus and a different type of control.

"Many people with eating disorders talk about having no control over something else, but this [their food intake] was the thing that they could control. So, being able to control it in a positive way rather than a negative way, was vital to being able to help me almost snap out of it if you like."