Become an Ocean Hero by posting your #OceanSelfie or join in with the Sky Ocean Rescue and WWF campaign; Jamie Redknapp is among a group of Sky Sports stars supporting the initiative to promote ocean health as a key part of the fight against climate change 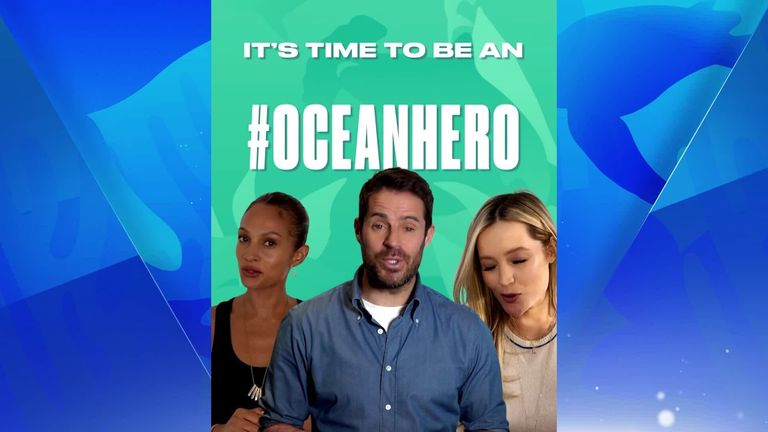 "We are on a path to destruction and unless we ALL make small simple changes the planet we know and love won't be the same."

The words of Sky Scholar and GB swimmer Max Litchfield.

He reveals his passions for fighting climate change and why the Sky Ocean Rescue and World Wide Fund for Nature (WWF) campaign is so vital to promote ocean health and the whole planet.

"For as long as I can remember I have cared about the environment and protecting the beautiful world we live in, but until early 2020 when lockdown hit I didn't know the full extent of how badly we are damaging our planet.

"I have also learnt that a few small and simple changes can make such a huge difference.

"For me, it started with a toothbrush. I was browsing online when I read that 'every single toothbrush you have ever owned, in your entire life is still on this planet today, almost entirely intact!'.

"It really hit me hard and got me thinking about all the other plastic items we use daily and just throw away destined for landfill or even worse, the ocean.

Find out how you can support WWF and Sky Ocean Rescue

"Many plastic items are really useful obviously and it has helped millions across the world in medicine and engineering. But single-use plastics are the concerning ones - the ones that end up on beaches, in our oceans and on the side of the road.

"That's where we can all come together and help. Tiny changes like switching to a bamboo toothbrush or using a reusable water bottle and coffee cup.

"We will always produce some waste, but if we can all cut back just a little it will make an incredible difference.

"It's not just down to individuals but also big companies and corporations and that's what the amazing people at Sky Zero and Ocean Rescue have been doing.

"Sky has set a target to become net zero carbon by 2030 - a colossal task! Not only are they cutting back the way they go about every day life, they are providing opportunities for you and I, the general public, to get involved with their new Ocean Heroes campaign. 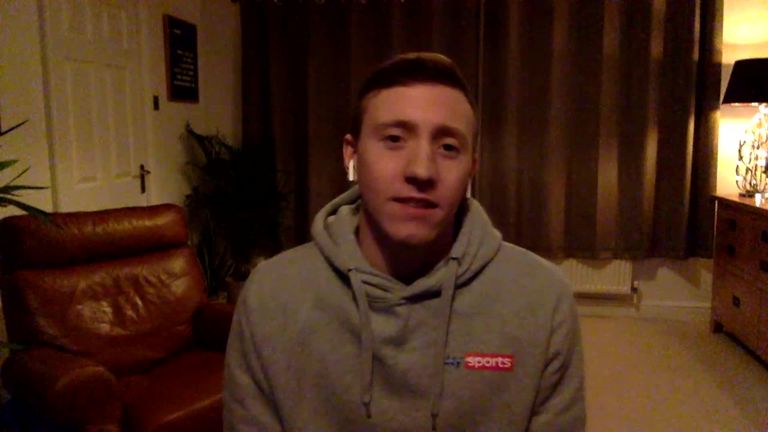 "Our oceans are so important and not only are they immensely beautiful, they capture a huge proportion of the carbon WE release into the atmosphere.

"Climate change is affecting the oceans in ways that are almost irreversible, and the only reason we don't see it is because it is such a gradual and slow change.

"Not only climate change affects our oceans - it's also pollution (mainly plastic) littered into the oceans daily and is literally killing the wildlife surrounded by it.

"It all sounds pretty doom and gloom and if I am honest that's because it is. Here are some simple changes we can all make:

To find out how you can become an #OceanHero visit the WWF Ocean Hero site or take the Ocean Hero Quiz.

Lots of presenters and celebrities have been posting their #oceanselfies across Instagram to share their support for the campaign.

I'm a Celebrity and BBC Sounds presenter Laura Whitmore and former Mis-Teeq singer and Britain's Got Talent judge Alesha Dixon have joined Redknapp as original Ocean Heroes in the campaign.

The campaign wants its Ocean Heroes and the British public to take actions that make a difference in their own lives, and also calls on all UK governments to work together and create a world-leading UK ocean recovery action plan to bring our seas back to life.

The Ocean Hero campaign is designed to show people everywhere that they have the power to make an impact on such a big issue and, in doing so, inspire them to advocate for bold government policy change.

It aims to encourage millions of people to start taking action for our oceans now.

How can you get involved?

Now Sky Ocean Rescue and WWF are inviting you to become an Ocean Hero and join our fight to support ocean recovery.

There are lots of ways to get involved and become an Ocean Hero - from taking a fun quiz to discover how your personal ocean superpower can help and sharing your latest ocean selfie to signing a petition calling on the government to commit to an ocean recovery strategy.

•    The Ocean is an unsung hero in the fight against climate change absorbing over 1/3 of all carbon dioxide emissions ever produced by humans.

•    Over 12 years ago the UK government committed to healthy seas by the end of 2020. However, right now less than 1% are properly protected.

•    In 2019, our seas failed to meet government standards on good environmental health against 11 out of 15 indicators, including those relating to birds, fish and seabed habitats.

•    However, a new report from Sky Ocean Rescue and WWF has found that taking action now to put UK seas on a path to recovery could bring additional benefits worth at least £50 billion by 2050. (embargoed until 14th January)

To find out how you can become an #OceanHero visit the WWF Ocean Hero site or you could also take the Ocean Hero Quiz.