Brian Biddulph, the latest in our Hidden Figures series, says: "If I go to some arenas they go, 'there's Leroy' and I say 'I'm Brian. I've grown up'. It was wrong. It was the time. But I was strong enough. My dad brought me up to be proud of who I was, be proud of being black" 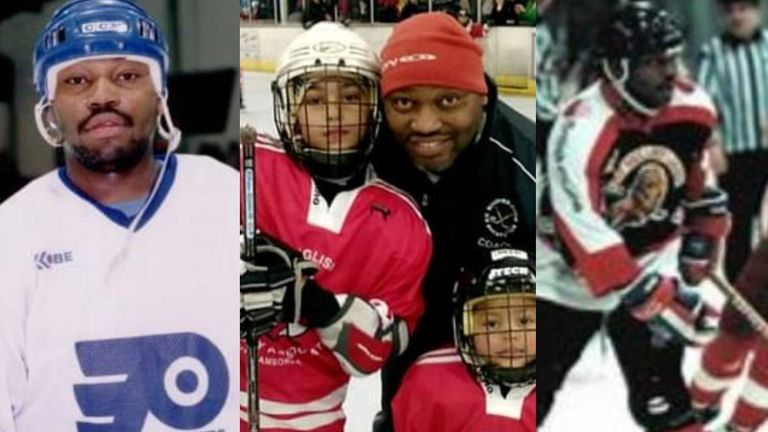 You probably know Viv Anderson was the first black footballer to play for England's senior team. You might be familiar with Roland Butcher, England's first black Test cricketer.

But what about Great Britain's first black ice hockey player?

Not many would know this one. In fact, for a good few years after achieving that accolade, Brian Biddulph didn't even know it himself!

"You know when I knew? I was at Wembley," he said. "I saw a book called 'Flashing Blades'. It read 'The history of British Ice Hockey'. So I flicked through the pages - 'the first black player to play for Great Britain, 16-year-old Brian Biddulph'.

"I had to buy the book! I was just flicking through. I could have walked straight past it, but it said 'the history of the game' so I thought, let's have a look. And I'm in it!

"So I bought the book and I bought one for my Dad and signed it for him and it was his proudest moment because it was the first time my name was in print apart from match programmes. And I've still got it."

Fatherly pride had replaced initial scepticism when a 14-year-old Brian, inspired by watching the USA's historic Olympic hockey triumph over the Soviet Union in 1980, dragged him along to a Streatham Redskins game in South London. 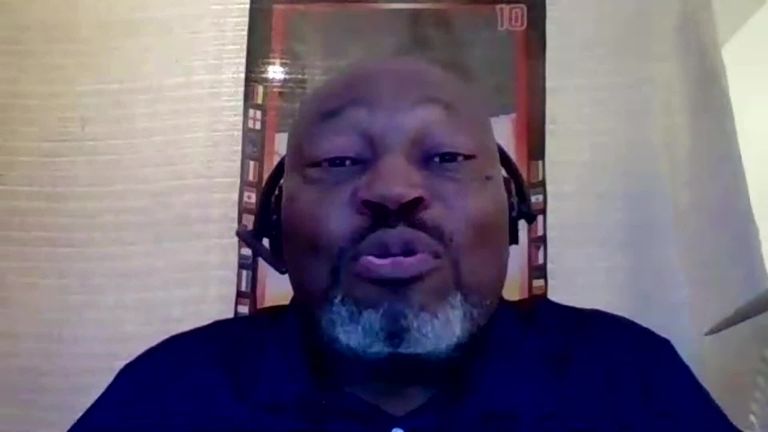 Brian convinced his Dad it would be worth the £92 to sign up for the season and within a couple of years he was off to an academy at Billingham in the north east.

His coach gave him a pep talk, telling him he'd need to be strong as he'd be 'the only one'. The naïve Biddulph thought he meant he'd be the only southerner, until he got there.

"Yeah it was different," he says. "Some of the Scottish guys, the guys from the north had never seen a black person. Ever. Only on TV. At the time (the biggest TV show) was Fame. So my nickname was Leroy.

"Even to this day if I go to some arenas they go, 'there's Leroy' and I say 'I'm Brian actually. I've grown up now'. These were the things you had to put up with. Looking back on it now, it was wrong. It was the time. But I was strong enough. My Dad brought me up to be proud of who I was, be proud of being black."

He would need that thick skin as a rare black face in a predominantly white sport. "I was one of a few. There was a gentleman before me called Erskine Douglas who played for Redskins. He went through it and he was on his own.

"Then I was there and another gentleman called Neil Brown. There were three of us in the league."

And that could sometimes lead to hostility from opposing fans.

Brian brushed it off. "I was so channelled in what I wanted to do. All the monkey noises and stuff never affected me. If they make noises, you are a problem. If you are problem, you must be good at something. So if you're good at something, keep doing your noises, because I'm going to be better."

That determination saw Biddulph go from raw beginner as a 14-year-old in 1980 to that first international call-up for the GB U18s in 1983, and then the U20s two years later.

His club career spanned from the early 1980s to 2000, taking in a spell in Canada, and no fewer than eight domestic teams, before a move into coaching.

And that hasn't been without incident. At an U15s tournament in Finland he took his junior team off the ice in protest at an alleged racial slur directed at one of his young players. A principled stance that led to the opposing team being removed from the competition.

Brian has also found himself in dispute with the English Ice Hockey Association. He picked up a coaching ban after being accused of swearing at a junior match, though he still maintains his innocence.

Brian's focus now is on his two boys, Mason and Luca who both play, with Mason an outstanding prospect having captained GB's U18s and U20s.

He's now playing in the States at Berwick Academy, and has big ambitions. "He wants to get a commitment from a college so he can play division one. That's his dream. And after that, if he gets drafted then he can go into the professional ranks over there."

What a success story that would be.

A Biddulph in America's NHL. Who'd have thought that when the 14-year-old from Tooting dragged his reluctant dad along to Streatham Ice Rink 40 years ago?