Europe win the annual transatlantic tussle on the penultimate night to make it 13-13 overall, with one tie between the sides; Jayson Shaw crowned MVP; Both sides will reconvene in December 2021 when the event heads back Stateside and you can watch all the action on Sky Sports

Jayson Shaw sunk the winning shot for Team Europe, who demolished USA 11-3 to regain the Mosconi Cup for the first time in three years at Coventry's Ricoh Arena.

Europe sowed the seeds for success with a 5-0 rout on Wednesday and they returned to complete the job with Eagle Eye Shaw sinking the pot against Shane Van Boening to win the title with a night to spare.

"This time around we gelled better as a team, we played better in the doubles matches and we won a lot more lags which was massive because a lot of games came down to hill-hill and we managed to have the break in the last game which gave us the win," Shaw told Sky Sports.

Skyler Woodward and Van Boening were in need of a fast start against the European pairing of Albin Ouschan and Joshua Filler in the opening match. 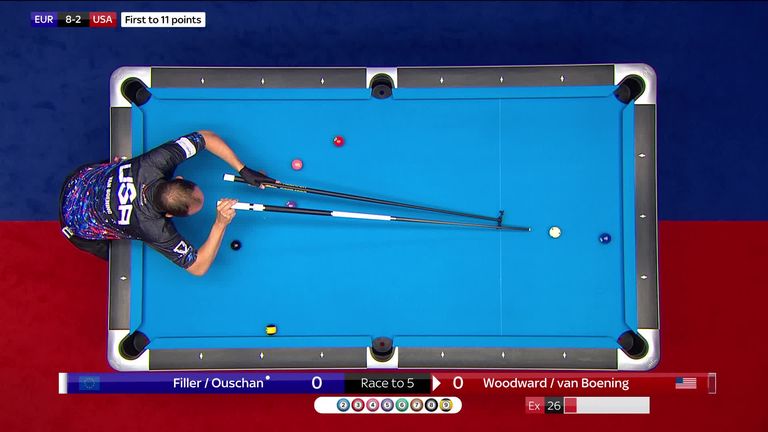 And they got it when SVB made the best possible start against the lag thanks to a wonderful 2-9 combination shot along the rails. But Ouschan and Killer Filler hit back in fine style to claim the next four racks and move on the hill.

The Americans won the next but when Woodward was unable to conjure up some magic from an almost impossible position, the men in blue cleared up to win it 5-2 and move two points away from overall victory.

"It was an awesome feeling. I've been waiting for that moment for a long time now and it came," Ouschan said. "We played very well and a perfect start to the day.

"I feel good (playing Mosconi Cup). I feel like it's my tournament but I'm missing the crowd a lot."

Filler, the 2018 world champion, was back out against Kentucky Kid Woodward looking to pile on the misery for the Americans.

After an unfortunate scratch in the opening rack from Woodward, the young German took over by winning three racks in succession. The two-time MVP held his head in his hands after missing the 9 ball allowing Filler to slot home before completing the whitewash win and putting Europe on the hill.

"We just prepared well. Alex (Lely) gave us a lot of drills so we were looking forward to playing USA this year," said Filler. "We are just better prepared than the USA."

It was left to the pairing of Ouschan and reigning world champion Gorst to take Europe over the winning line when they went up against Chris Robinson and Billy Thorpe.

The Americans were determined to keep the tie alive though and they opened an early 2-0 lead following a scratch from Ouschan. Robinson and Thorpe were working well together to win the next before the Europeans won a messy rack to make it 3-1. 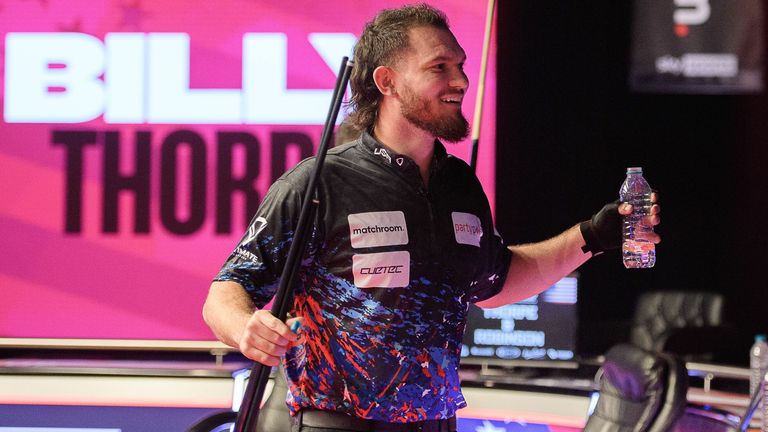 Thorpe found the angle on the 9 ball to move on the hill and although Europe won the next two racks the team of Robinson and Thorpe completed the job to make sure Jeremy Jones' quintet avoided their joint-heaviest defeat in Mosconi Cup history.

In the ultimate grudge match, the unbeaten Jayson Shaw went up against 14-time Mosconi Cup participant Van Boening knowing victory was in their sights.

Shaw had already got the better of his opponent in the fans' choice match on Wednesday and the Scot was determined to seal the deal. 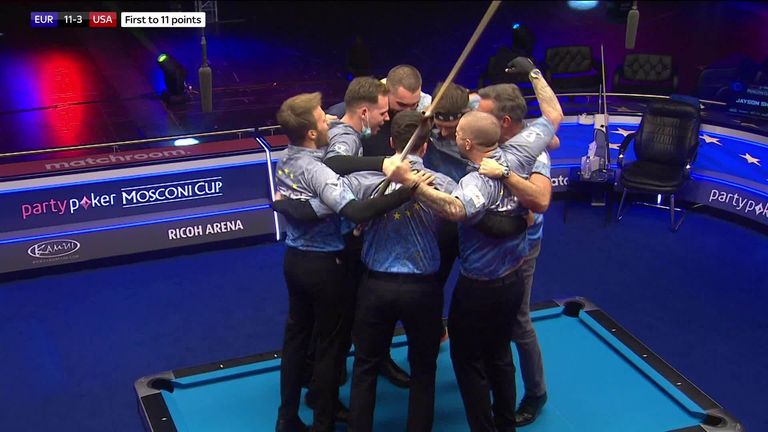 With both players not giving an inch, it was Shaw who moved 3-2 ahead before SVB came up dry to allow his opponent to clear up and move on the cusp of glory.

USA skipper Jones showed his frustration by arguing with the referee before the start of the next rack.

It was a rack in which Shaw failed to bank the 8 ball, allowing Van Boening to keep the match alive.

But it was over in the next rack as Shaw buried the 5 ball before clearing up to end Europe's three-year drought. 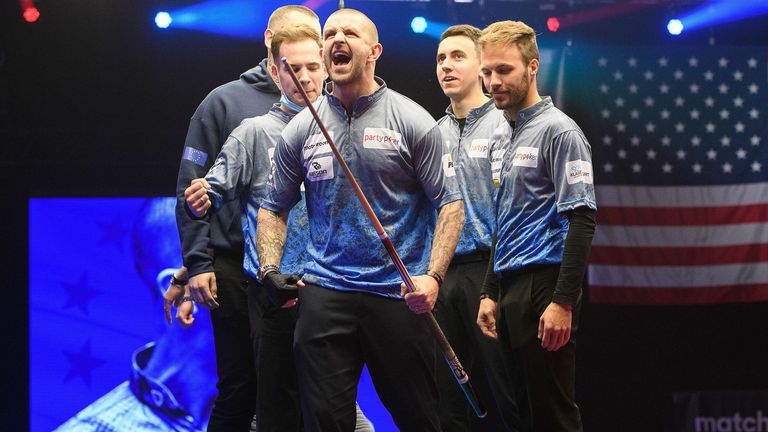 For those on the move, we will have the 2021 Mosconi Cup covered via our website skysports.com/more-sports, our app for mobile devices, and our Twitter account @skysportspool for latest news and reports.