'The Importance of Being Allies' shown in new 'Spotlight' short film; 'It's opened our eyes to the barriers certain people face, in sport and wider life', says Warwick Rowers calendar's Tristan Edwards

"If you were to have asked us what a 'straight ally' was, you'd have got a lot of mixed replies."

A decade ago, an LGBT+ activist and some rowers at Warwick University got together to create a naked calendar with a difference. The twist was that the nudity had a serious point beyond the usual student cheekiness: it was about straight sportsmen showing gay, bi and trans men that they were welcome in the world of sport.

Since then, the Warwick Rowers' profile has grown globally as a leading example of straight allies. The project has become a professionally-run non-profit organisation and has set up a registered charity, Sport Allies. By challenging perceptions of hypermasculinity in team sports, they have built up a huge social media following and have raised over £100,000 for the charity.

Now, after 10 years as Warwick Rowers, the WR project has become the Worldwide Roar, offering men from all sports the opportunity to get behind their core message of gender equality, LGBT+ inclusion, and better male mental health.

WR is inviting sportsmen, including trans men, to join them at a naked shoot in aid of Sport Allies on Sunday, September 29, in London. You can find out more information and register at squadwr.org.

Sport Allies promotes inclusive attitudes in sport, particularly towards the LGBT+ community. For National Inclusion Week 2019 and in conjunction with the London Film School, they're launching a series of new 'Spotlight' short films that explain exactly why that message is so important.

In the first of the three films, Tristan Edwards - a former Warwick Rower himself, and a trustee of Sport Allies - joins members of the London Otters Rowing Club for a training session at their Royal Docks base in east London.

The inclusive club was founded in 2014, with around 16 men signed up to row, and within a year, it had become affiliated to British Rowing with a focus on being LGBT+ friendly and inclusive. The club is open to all, regardless of gender or sexuality - or even ability. Novices vie for places on the Otters' in-demand 'Learn to Row' courses, and the number of women members continues to grow. 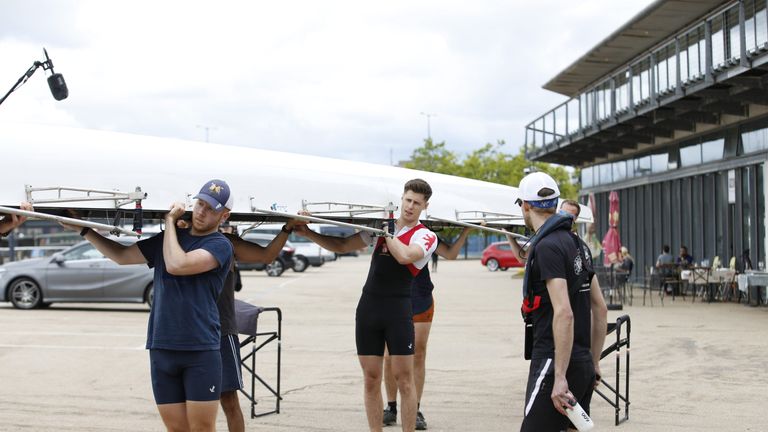 It doesn't matter if you've never done a sport before - you are welcome in our club.

Watch the short film above as London Otters rowers - gay and straight, men and women - share their stories, while Tristan gives his thoughts on what it means to be a straight ally.