In an exclusive interview for National Inclusion Week, 11-time Paralympic gold medalist Tanni Grey-Thompson talks to Will Greenwood about her passion for sport and how her 'amazing' parents equipped her for life 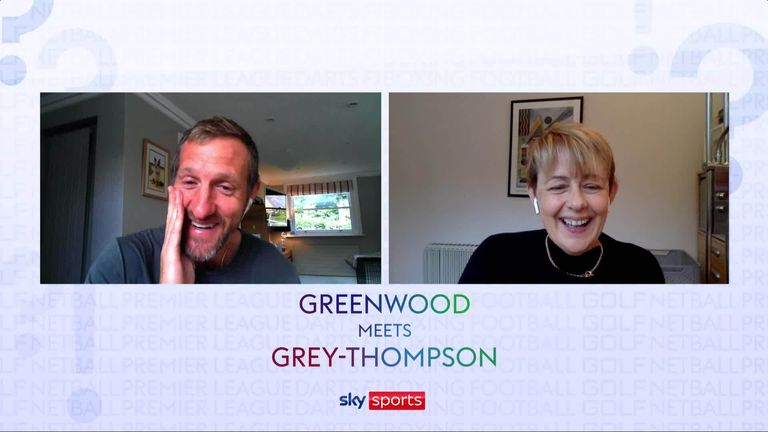 Will Greenwood and Dame Tanni Grey-Thompson meet for the first time and talk about their lives and journeys in sport for National Inclusion Week.

Grey-Thompson, who was born with spina bifida and is a wheelchair user, became one of Great Britain's most successful athletes.

Her international athletics career lasted between 1988 and 2007, and saw her win a total of 16 Paralympic medals - including 11 golds - 13 World Championship medals, held over 30 world records and won the London Marathon six times between 1992 and 2002.

In the aftermath of such success, the Welsh native embarked on a parliamentary career and was ultimately introduced into the House of Lords.

What has her experience been of two high-profile careers?

"Politics and sport are actually really close in terms of you spend a huge amount of time, either training or reading, briefing notes and writing speeches for this tiny moment where you might have to make a change or do something," Grey-Thompson tells Greenwood.

"Yes, sport feels a long time ago. But I was at an athletics event [on the] weekend before last and it was really weird.

"Sitting near the start line watching and the sound of the starting gun still makes me feel physically sick. I retired 13-and-a-half years ago. I was like 'why am I getting stressed out?' I need to get over it.

"It feels like a long time ago now. But when I go back, I love it. I really just don't want to push round the track anymore."

Looking back on her wheelchair racing career, what would be the highlight? Or her perfect race?

"It was late summer. My daughter was born in February that year and there was lots of questions about me coming back after having a baby and I had a team manager who said: 'Oh, you can't be a mother and an athlete because it will make you soft.'

"My response was: 'Let me stick a bowling ball inside you, slash it out with a knife and see if you're training two weeks later.' Anyway, that kind of gets you told off.

"I got back in really good shape, broke the world record for the 400m. It was amazing.

"Like the weather, the track was perfect, the temperature was right, the wind was in the perfect direction for me to maximise my strengths over each of the segments of the 400m.

"I remember on the start line thinking this could be a really quick day. And, you know, we've got a speedometer on the chair and there's all these things... it's amazing the brain's ability to calculate how fast to go and where you need to.

"I remember just looking at my clock at different segments and going: 'This is quick', and then coming across the finish line, seeing the clock and it was: 'I've broken the world record'.

"The squad were amazing. My husband Ian was my coach and he hadn't seen the clock because he was standing in a different place.

"I came off the track and he said: 'You didn't nail your first five pushes. You need to do better', and I was like: 'Have you seen the time?'

"He went: 'The time doesn't matter', and then one of the guys in the squad pointed to the clock and Ian looked and went: 'All right, you still need to nail your first five pushes'.

"It was just the most perfect race I've ever done. And you don't get that very often. I just remember it almost being in slow motion, each bit of the race.

"I remember thinking that life can get no better than that." 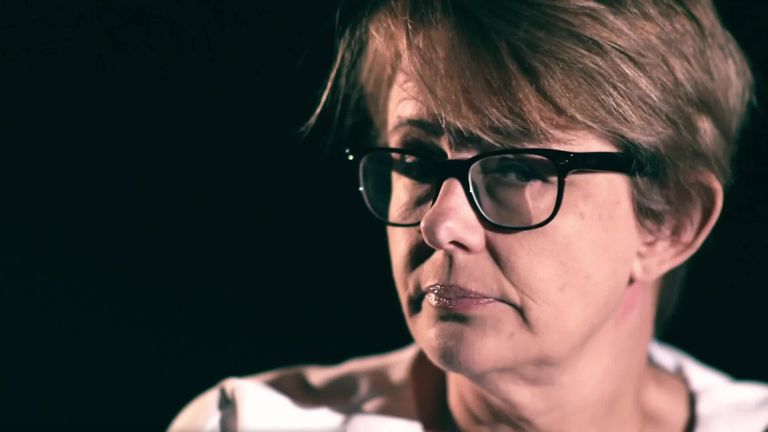 On My Icon, Tanni Grey-Thompson talks about growing up with a disability at school and how she fell in love with wheelchair racing - watch the episode On Demand

'My parents gave me skills for life'

Looking back over her life and career, Grey-Thompson pays tribute to her parents: "They were amazing," she said. "I mean, they've both passed away now, but they're both still an influence in my life.

"I got paralysed when I was very young, so I started off in mainstream school. But then at 11, I should have been sent to a special school but that wasn't the right education. So my dad threatened to sue the Secretary of State for Wales for my right to go to mainstream school and used legislation that someone called Mary Warnock brought in.

"Thirty years later, I'm in a debate on 30 years since she enacted her legislation and got to sit in the chamber and say to her: 'Because of you, I'm here', and she kind of looked to me and went: 'OK'. We didn't have a bonding moment.

"But my parents just fought for me to be integrated, included, not be discriminated against and helped sort of build resilience, because I remember being in a supermarket and parents were dragging their kids out of my way saying: 'Don't get too close to them, you might catch it'.

"You can't catch spina bifida, but they just gave me the skills to deal with that. My parents said: 'If they've got a problem with you being a wheelchair user, it's their problem, not yours'."

Within her parliamentary position, what is Grey-Thompson working to change currently?

"There's two things. One is duty of care in sport. So that's to athletes, coaches; it's to everyone in the system because elite sport is tough - you can't make it soft and warm and cuddly.

"I've got no issue with every last ounce of athletic talent being sucked out of an athlete before they retire at international level. But it's what we put back in place for them afterwards when they leave. It's a very false environment being involved in elite sport. Everybody needs a bit of support through that.

"The other one is I'm campaigning for better train access for disabled people. And what I want is really quite simple.

"I want wheelchair users to have the miserable experience of commuting as everyone else. And we don't have it yet. You know, we were promised in the Disability Discrimination Act in the mid-1990s that by January 1 this year, all trains would be set free.

"And then in January, I was told I need to be a bit more patient and wait about 30 years. So I'm afraid that's where my tolerance ended, because it's like, I might not be around in 30 years. It's just thinking and planning and design. It's not rocket science to do this stuff. It just needs a bit of thought."