36th America's Cup on Sky Sports: Everything you need to know

The 36th edition of the America's Cup will be a competition like no other, as the world of elite sailing moves into a new era of 'flying' boats.

Flying boats, that's not a typo, it is correct. In this edition of the America's Cup, INEOS TEAM UK, Emirates Team New Zealand, Luna Rossa Prada Pirelli Team and American Magic will all be racing AC75s.

AC75s are 75ft foiling monoholls and these vessels have the ability to fly, as seven tonnes of boat launches up a few metres above the water and accelerates out to speeds of around 60 miles per hour.

Right now, all teams are going through their final preparations before taking to the Hauraki Gulf and Waitemata Harbour for their first competitive races against each other, with live coverage on Sky Sports Mix from 2am on Thursday.

The America's Cup match, which takes place in March 2021, is the end goal for all teams.

The defender of the Cup, Emirates Team New Zealand, has a guaranteed place in that match and they will take on one challenger during it.

For INEOS TEAM UK, Luna Rossa Prada Pirelli Team and New York Yacht Club's American Magic, the only way that they can be there, is to progress through the warm-up races and then win the PRADA Cup Challenger Selection Series.

Every race, from start to finish, will be shown live on Sky Sports.

"There's an incredible aura around the America's Cup, certainly likening it to F1 on water. This AC75 class of boat is phenomenal, they're weapons," Sir Ben Ainslie of INEOS TEAM UK said.

"You are doing 50 knots across the water, supported by something the size of an ironing board which is keeping you foiling," Ainsle's team-mate David 'Freddie' Carr added.

"When you put it like that, it's absolute nonsense really, isn't it? But, it's good fun..."

After a successul campaign in Bermuda back in 2017, Emirates Team New Zealand are the defenders of the America's Cup and as a result, selected the location for the race and led the development of the competiton's rules and parameters.

There has been a Kiwi presence on the start line of the final America's Cup match at six of the last seven races and they have won three times previously.

Emirates Team New Zealand have their winning skipper Peter Burling back for more and his working relationship with the team's flight controller Blair Tuke is an outstanding one.

Expert View from Stevie Morrison, the Olympic sailor who competed at both the 2008 Beijing Games and 2012 London Games, in the 49er class: It's hard to not put too many complements their way! This is the longest-standing team, they developed the AC75 class rule and they're sailing on own their own waters!

Burling is one of the sport's leaders and the unit of Burling, Tuke and Glenn Ashby is an incredibly talented one. It's one that's so comfortable together, particularly in the case of Burling and Tuke. The team's second race boat is an aggressive design and when they've been out on the water, their manoeuvring has looked fluid.

The British charge, which is bidding to win the America's Cup for the very first time in the nation's history, will be led by team principle and skipper Sir Ben Ainslie.

Ainslie knows what it's like to win the competition, having masterminded Oracle Team USA's exceptional turnaround to victory in 2013, but he's stepping into this contest with huge pressure on his shoulders.

The Auld Mug is the only sporting trophy Britain has never won, it's been "170 years of hurt" and Ainslie believes that this year's contest is the greatest challenge of his sporting career. 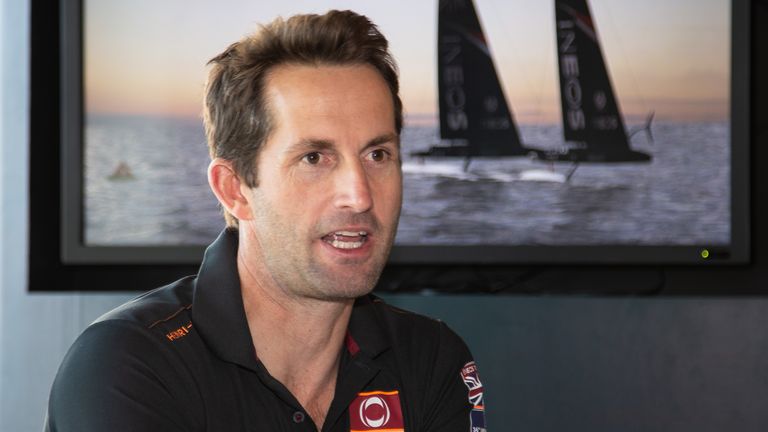 For all of us, myself included, it’s the biggest challenge any of us have had in our careers. I’m not interested in just taking part. We’ve got to make sure that we get that job done.

Expert View from Stevie Morrison: It's so exciting to have Ainslie driving the charge. The team have been brave and radical with their second race boat - BRITANNIA - and word is, that they're showing some great speed in a straight line, there's work to be done in the manoeuvring.

INEOS TEAM UK's unit is a determined one. It's packed with great guys but some of them are young, so they need to show that they can step up, handle the boat and perform strongly in the heat of the battle.

"At the moment I'm nothing," he said. "I won with another team which is great, but to be real and to be a real winner, I want to win with Luna Rossa.

On top of Sirena's desire to win for his country, the chairman of Luna Rossa Prada Pirelli Team - Patrizio Bertelli, CEO of Prada - he has been trying to win the Auld Mug since 1997. 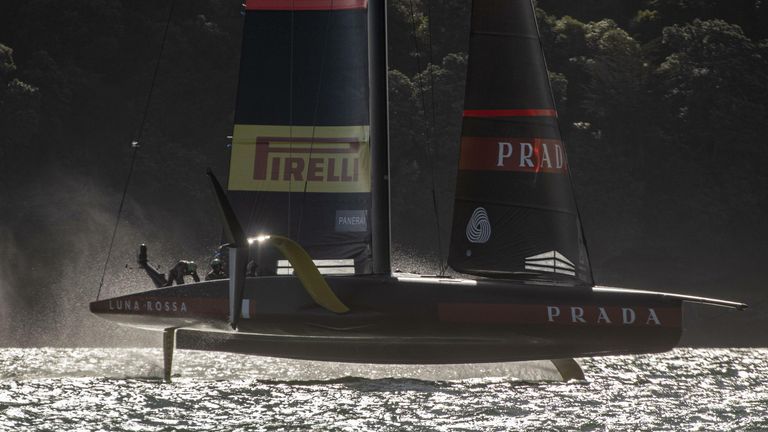 It's probably the most exciting boat I've ever been involved with. They are amazing, cool machines and probably more complex than Formula 1 cars.

Expert View from Stevie Morrison: They have a great history in this competition and building up to these first events, they have put in a wealth of practice hours. At this time, I'd say they're really well-poised as a challenger.

They've brought in James (Jimmy) Spithill as a helmsman. He's already won the Cup twice, once alongside Ainslie during Oracle Team USA's remarkable comeback in Bermuda. Spithill is a huge character, who is known as the 'Pitbull', and he's a great match racer. His involvement is huge for this team.

New York Yacht Club's American Magic are going into this challenge with a philosophy that every day is a race day.

As is the case with so many in this competition, their skipper and executive director Terry Hutchinson has a burning desire to create history in this contest.

"You want to be on the side of the room with the guys who have won..." 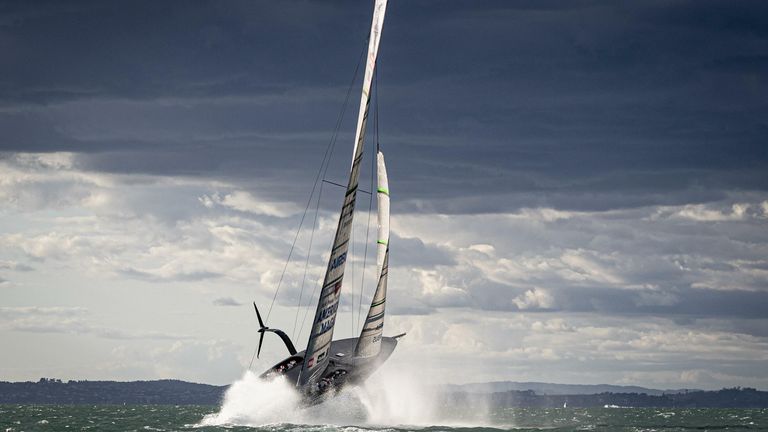 When you go off the dock on these AC75s, the day is already packed with pressure. The switch gets turned on pretty quickly. It will expose weaknesses all the way through the team.

The New York Yacht Club has a significant place in America's Cup history, having created the longest winning streak in sport by successfully defending the trophy 24 times from 1870 to 1980.

This year, their race boat PATRIOT will under the guidance of Kiwi helmsman Dean Barker. He's preparing to race on home waters and has his focus fixed on constant improvement.

"We know that we've got to keep on getting faster. What's good enough today, won't be good enough tomorrow. We have to develop in all areas."

Expert View from Stevie Morrison: It's been an efficient and organised lead in for New York Yacht Club's American Magic. They were the first to get up and running, with a practice boat and then their maiden AC75, and have looked on the ball throughout.

The team's second race boat is radically different to their first, which is interesting, but remember they didn't get to see the AC75 class rule until it was announced. They've maximised their time on the water and keep an eye out for the talented Paul Goodison as their main trimmer.