Sir Ben Ainslie has expressed the pride that he has for INEOS TEAM UK, having had "a tough ride of it" during their America's Cup campaign in Auckland.

On Sunday, after defeats in races seven and eight of the PRADA Cup Final series, the British outfit's quest to win the America's Cup ended.

In the first-to-seven wins series, when Luna Rossa Prada Pirelli crossed the line at the end of the eighth race, they reached the magic number seven and were confirmed as the challengers to Emirates Team New Zealand.

Once Ainslie, INEOS TEAM UK's skipper and team principal, arrived back on shore, he reflected on the journey that he and his 100-strong team have taken together.

"I'm really proud of the team because we've had a tough ride of it," Ainslie said. "We really struggled with the opening World Series event and we couldn't get out of our own way.

"The way that the team came together and dug deep to get us through that, in order to turn around the performance for the Round Robins and get into the PRADA Cup Final, was a huge, huge team effort. I can't thank them enough, it's been three or four years of blood, sweat and tears.

"Ultimately, we didn't get where we wanted to get, which was into the America's Cup match [and to win], but we've come a long way as a team." 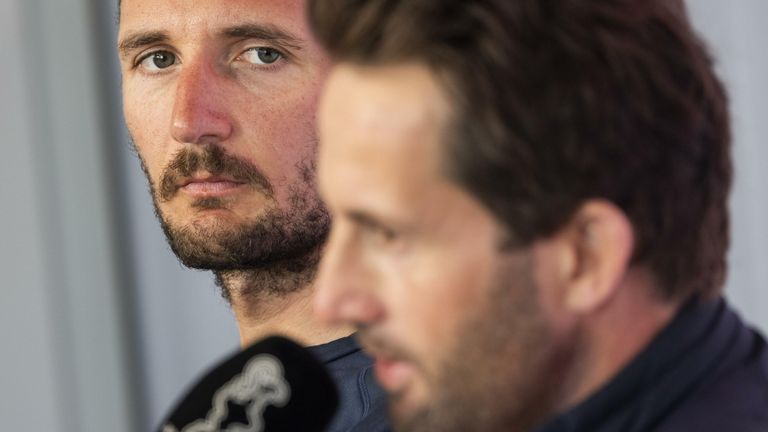 The hardest thing is losing, obviously. No one wants to lose, and no one wants to lose with only one win on the board. I think that one thing is for sure, and that we can hold our heads high. We've seen some dark times in this campaign, and we've turned them around.

When an America's Cup campaign ends in defeat, as it did for New York Yacht Club American Magic at the end of the PRADA Cup Round Robins and as it will for one of Luna Rossa Prada Pirelli or Emirates Team New Zealand, the first question is always, what next?

"We've got to take a long hard look at what we didn't get right, and why our performance wasn't where we wanted it to be," Ainslie said.

"I think in these situations you've got to be really honest about what went wrong, why [it did] and how we rectify that. We will do that. 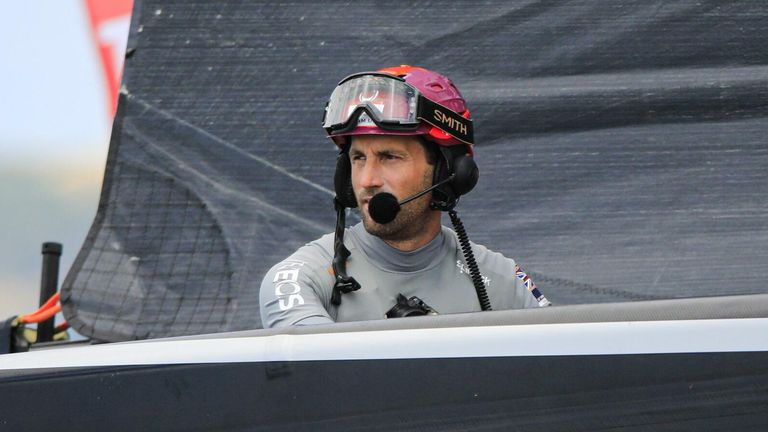 We made a commitment to win the America's Cup, to get it back to Britain and we're going to do that. As far as I'm concerned, until we do that, then the job isn't over and we've got to keep on going.

Nick Hutton, a trimmer on board BRITANNIA who made his America's Cup debut in 2012, reiterated that focus on winning the Auld Mug and articulated his own desire to continue striving for more.

"If you ask all of the guys about America's Cup campaigns, how many they have done and where they go, you'd get the same answer," he said.

"When you're in it, you are striving every day to be better at what you can be better at, and then as soon as you finish, you think about when you can start again.

"It's a hard thing to explain to people, why you just keep going and going, but we do it to win. If you don't win, you just keep on going." 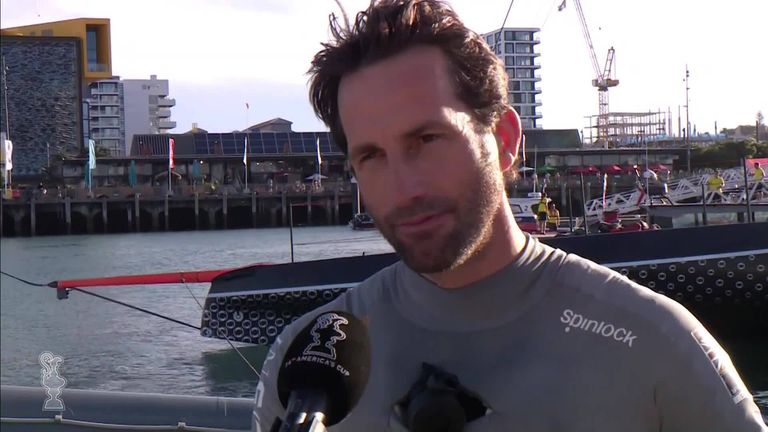 Of course, America's Cup campaigns take a significant amount of financial investment and support, and with regard to INEOS Group's future involvement, then Ainslie wasn't in a position to shed any light on that.

"What I have to say, is that Jim Radcliffe, John, Andy and the whole of the INEOS Group have just been unbelievable backers through this campaign," he said. "Not just the financial support that they bring but also their approach to their business and to INEOS sports.

"You look at the Mercedes F1 team, the Grenadiers, Eliud Kipchoge, being associated and being a part of such a successful group of sports teams, is an incredible opportunity and there are some great learnings there.

"We really hope that, that continues. The team has developed a lot through the cycle, we've got some great talent and we've proven that there's a lot of grit and determination.

"We really did fight until the end, so if we can get our performance up to scratch, I think we can be a really, really strong challenger and go all the way."

Watch every moment of the America's Cup challenge, live on Sky Sports. Coverage continues with the first race in the 36th America's Cup match on March 6.