The home team secured the seventh point that they needed on day seven, to beat Luna Rossa Prada Pirelli 7-3 in the America's Cup Match. Victory means that New Zealand has now won the oldest trophy in world sport four times. The home team went into the seventh day of racing on 'match point', knowing just one race win would get them over the line in the first-to-seven contest.

Despite a valiant Italian effort in race 10, the Kiwi boat showed its speed against them. They led from gate one until the finish, enjoying the final run in and crossing the line 46 seconds in front.

After crossing the line, the elation could be heard on board race boat Te Rehutai and those scenes of joy were replicated in the packed-out race village on the shore too.

Added drama with a race delay

With the pressure heaped on both teams' shoulders - Luna Rossa aiming to stay in the contest and Emirates Team New Zealand keen to win it at the first time of asking - a 30-minute delay to race 10 added to their nerves.

The postponement was due to there being little sign of breeze out on Course A, but thankfully it picked up and both teams prepared to attack the pre-start sequence.

Throughout the series, the pre-starts have been critical and with both outfits eager to gain the right-hand side of the course a tactical duel ensued.

Both teams timed it perfectly on the start line before splitting immediately after, and it was Emirates Team New Zealand who had done enough to make the right their own.

The first cross was critical, and again it was won by the Kiwis, who came in and then moved out again, to continue to protect the right side of the course.

With a fast race boat in their hands, and the confidence of a 6-3 lead in the series, Emirates Team New Zealand took the lead at that point and then dominated at exactly the right times. 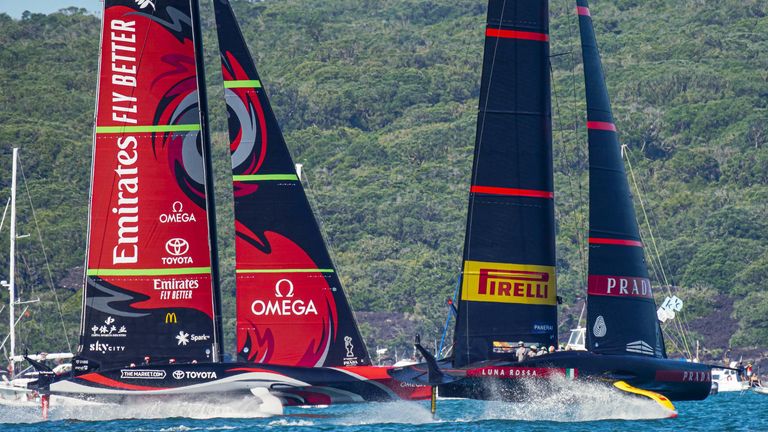 They did an incredible job, they developed an incredible tool and package. All you can do is really tip your hat and say well done to a champion team.

A victory for a team and a nation

Since the start of the America's Cup Match, New Zealand's helmsman Peter Burling had kept his emotions, and that of his team, on an even keel.

Burling had not allowed them to get swept up in the fervour that comes with potentially defending the America's Cup on home waters. Yet, when they crossed the line after defending the Auld Mug, their joy was finally unleashed.

"Enjoy this moment boys," were the words said through their radios, among the whoops and hollers.

This New Zealand sailing team has often been referred to as the 'All Blacks of the sea', Sir Ben Ainslie exclaimed that earlier in the competition and Luna Rossa's Jimmy Spithill also knew how strong they were. The nation's love of sailing is enormous too.

"We've had messages from everyone from the Prime Minister to high school kids," Burling said.

"We are just blown away by being able to achieve what we have as a group and win another America's Cup.

"There aren't many opportunities to race events like this on home waters," he added.

"It's been unbelievable, we're just blown away by it! The Italians put up one heck of a fight and we felt like we really had to work hard for it. When that happens, it makes the win all the more pleasing." 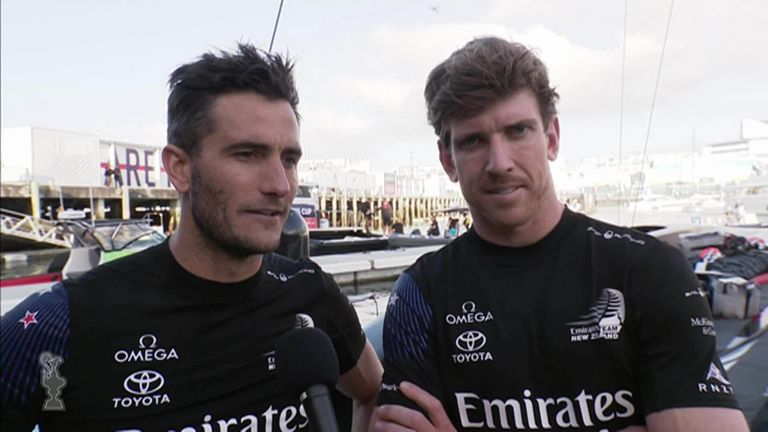 This triumph marks New Zealand's second successful defence of the America's Cup and it is a campaign in which they pushed the boundaries of the sport and took it to new places.

The AC75 class of boat had not been seen before, it is at the cutting-edge of technology, and after creating, developing and executing on the greatest sailing stage of them all, a new bar has been set for the America's Cup.

Following the team's triumph, the New Zealand prime minister put out a formal statement which said the America's Cup team had made the country "so proud".

Equally, the minister responsible for the America's Cup, Stuart Nash, highlighted that budget was already being set aside in order to keep the New Zealand team together for the next campaign. 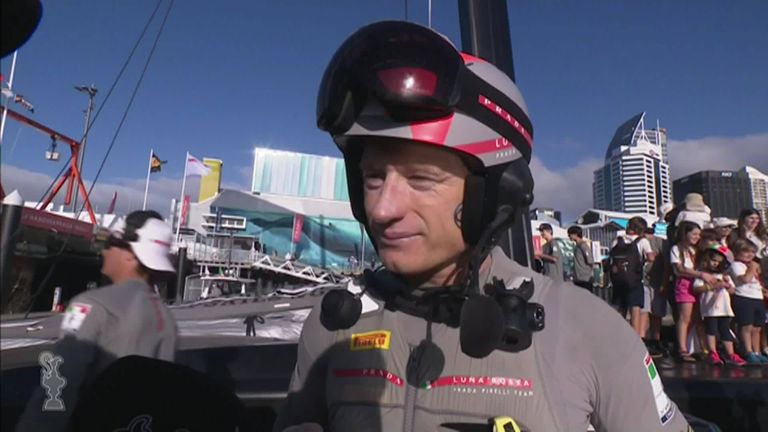 For Luna Rossa, the quest for an Italian victory in the America's Cup continues, and both of their co-helmsmen were proud of the team's work throughout.

Having come through every stage of the PRADA Cup Challenger Selection Series, and then become only the seventh team in 170 years to score three points or more in an America's Cup Match, there are positives to take.

"We did a few mistakes, but we were against a very strong team, with a very strong boat" Francesco Bruni, Luna Rossa's co-helmsmen said.

"We knew that it was going to be tough and we squeezed every centimetre out of the boat, but it was not enough. Congratulations to Team New Zealand.

"Obviously losing is never fun, but I think that the spirit of the team was the best thing. It has been a great campaign."

Spithill, co-helmsman with Bruni on board, also hates to lose and despite the ardours of an America's Cup campaign, he remains ready for more.

"I love the fight and I love competing. It's my fourth cup final in a row and I've got two wins and two losses so I can't leave it there, I need to tip it the right way!

"This team has so much passion. I came into the team, as a bit of an outsider being one of the few Italians, and they are so passionate and family orientated.

"It's just been such an amazing experience, I'll look back on my career and this will be one of the most memorable ones, the way that they embraced me and allowed me into their culture."