37th America's Cup: Barcelona to host next edition of Cup in 2024

Barcelona will be the venue for the 37th America's Cup in September and October 2024; women's and youth America's Cup regattas will be part of the event schedule for the first time; INEOS Britannia, led by Sir Ben Ainslie, are the Challenger of Record

Barcelona will be the venue for the 37th America's Cup in September and October 2024, defenders Emirates Team New Zealand and the Royal New Zealand Yacht Squadron have announced.

The America's Cup is the oldest trophy in international sport and pre-dates the modern Olympic Games by 45 years.

In being named as the location for the 37th edition of the America's Cup (AC37), Barcelona becomes the first venue in the world to host both an Olympic Games and America's Cup event.

After triumphing in Auckland at AC36, Emirates Team New Zealand are the defenders of the Auld Mug, with INEOS Britannia - led by Sir Ben Ainslie - being the official Challenger of Record for AC37.

As the Challenger of Record, Ainslie and INEOS Britannia worked together with Emirates Team New Zealand to develop the parameters for AC37, before other competitors were able to see them.

The parameters are documented in the America's Cup 'Protocol', which was released in November 2021, and this venue announcement is the next step towards AC37.

Teams that wish to enter the competition must accept the Protocol as a condition to entry.

The 37th America's Cup will also feature women's and youth America's Cup regattas in the event schedule for the first time and the AC37 class of boat - 75ft foiling monohulls - will remain.

"As defender of the America's Cup, we have always felt the responsibility to grow the event, the audience, and the sport of sailing on a global scale. Certainly, having the event hosted in a significant city such as Barcelona will allow us to propel the growth trajectory on the global sporting stage.

"When thinking ahead to the 37th America's Cup and the AC75s racing within a few hundred metres of the Barcelona beach, waterfront, and race village fan engagement zones, it will be nothing less than spectacular." 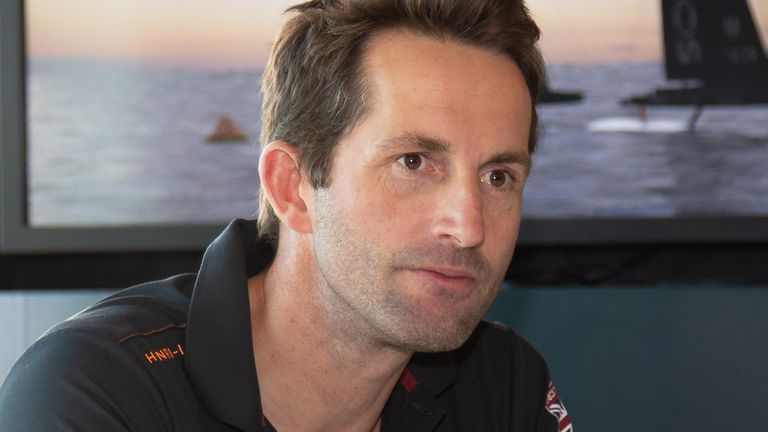 The America's Cup is the pinnacle of sailing, so to be racing for the Cup, is an incredible opportunity. There's no better platform in the sport of sailing. Great Britain obviously has a very proud maritime heritage and we've won just about everything else in sport, the America's Cup is the one thing we've never won. That hurts, and it's 170-odd years of hurt.

As the leader of the Challenger of Record, Ainslie also thinks Barcelona is a great venue for the competition.

"We are delighted the iconic city of Barcelona has been chosen to host the 37th America's Cup," INEOS Britannia's team principal said.

"The historic weather data for Barcelona shows what a fantastic sailing venue it will be.

"The marina development and race area in Barcelona will offer excellent shoreside facilities for the competing teams, alongside a great event village for fans of sports oldest international trophy to enjoy this iconic sporting event."

INEOS Britannia's sailing team for the competition continues to be announced by Ainslie. So far, Luke Parkinson, Bleddyn Mon, Matt Gotrel and Neil Hunter will all be returning for another shot at winning the Auld Mug.