Murphy raced into a 7-1 lead in the afternoon session and wrapped up a one-sided victory with breaks of 102 and 73 when play resumed to secure the Ray Reardon Trophy and the top prize of £70,000.

"I knew from the outset I had to be on my game and the other thing I have to say is that I thought I had every little bit of run today," Murphy said at the presentation ceremony broadcast on Eurosport.

"I had all the luck it was just embarrassing. I'd love to say sorry but I'm not!"

Breaks of 108 and 84 gave Murphy a 2-0 lead and, although Wilson made breaks of 52, 45 and 64 in the next three frames, he broke down at crucial times and a ruthless Murphy took full advantage before a break of 76 put him 6-0 ahead. 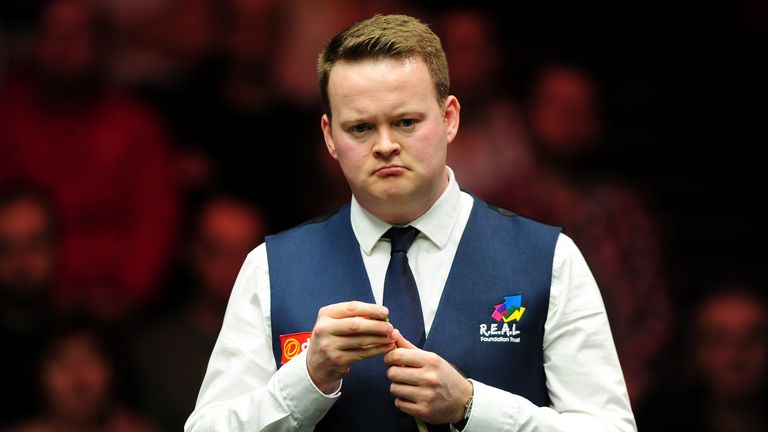 Wilson finally got his first frame on the board in the next, but Murphy ended the session with a run of 134 and wasted no time in wrapping up his second title of the season in the brief evening session.

"I owe a lot of thank yous to some very important people, including my wife, my coach Chris (Henry)," Murphy added. "I had a lot of stern conversations in the summer about whether I still had it and whether I could still face it out there.

"They and a couple of others sort of nursed me back because I was almost gone. This is the first time I've won two ranking events in a season so that's special.

Wilson, who had won a final-frame decider against five-time world champion Ronnie O'Sullivan in the semi-finals, was quick to praise Murphy's performance.

"I'm gutted I couldn't put on more of a fight than that but Shaun was absolutely fantastic all day long," Wilson said. "He's outplayed me in the long potting, break building and safety so I hold my hands up, the better player won.

"Snooker's a tough sport, you've got to take these defeats on the chin and learn from them and hopefully come back stronger."

For those on the move, we will have the Snooker season covered via our website skysports.com/more-sports, our app for mobile devices and iPad, or our Twitter account @skysportspool for latest news and reports.