Mark Williams booked his place in the last eight where he will meet the winner of Mark Selby and Mark Allen; Welshman, who is already a three-time Crucible champion, says: "What do you want me to say, 'I think I can win it'? I don't think I can"

Mark Williams insists he cannot win the World Snooker Championship despite powering past John Higgins 13-7 to reach the Crucible quarter-finals.

The 46-year-old Welshman made short work of old foe Higgins on Saturday night, booking his place in the last eight with half a session to spare.

Williams will meet the winner of Mark Selby and Mark Allen, and immediately installed either opponent as the favourite for the next Crucible tie.

The three-time world champion pledged to "go out on my shield" by playing aggressive snooker, revealing that no-fear approach has him enjoying the sport more than ever. 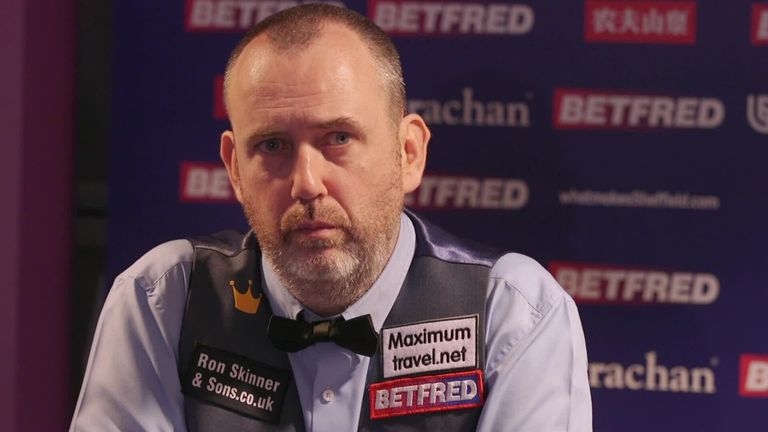 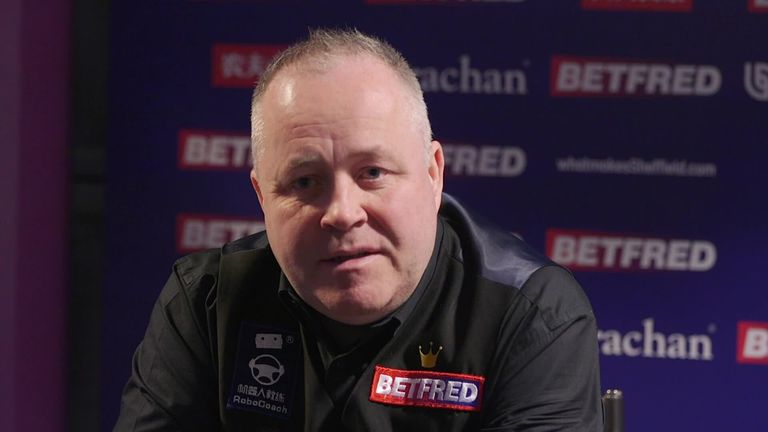 "It's a massive victory; for me and a lot of others, John is the second-best player ever," said Williams.

"It's a great win for me, he's still one of the best players in the world.

"Whoever I play is going to be favourite. I honestly don't care who I play, I'm just enjoying myself.

"I've never been afraid to lose. A lot of people playing are more afraid of losing than pushing to win.

"I'll go out on my shield playing some of the craziest shots ever.

"If I think it's the right shot, I'll go for it. If I lose I lose, there's no problem there.

"I haven't got to win to prove anything any more, and the way I enjoy it is by going for pretty much everything.

"I don't think I'm good enough to win the tournament but I think I'm certainly dangerous enough to beat anyone on my day."

Williams also vowed to continue with his much-criticised break-off shot as he continues to insist there is nothing wrong with nudging the cue ball into the back of the reds off the bottom cushion.

"I've been getting slaughtered for it for months, but suddenly a couple of other people do it and now it's not such a bad break-off," he said. "I'm not going to stop doing it."