World Snooker Championship: Kyren Wilson and Mark Selby through to semi-finals at Crucible

Kyren Wilson stormed into the semi-finals of the World Snooker Championship with a 13-8 victory over former champion Neil Robertson; while Mark Selby cruised into the last four after thrashing fellow three-time champion Mark Williams with a session to spare; Stuart Bingham also through 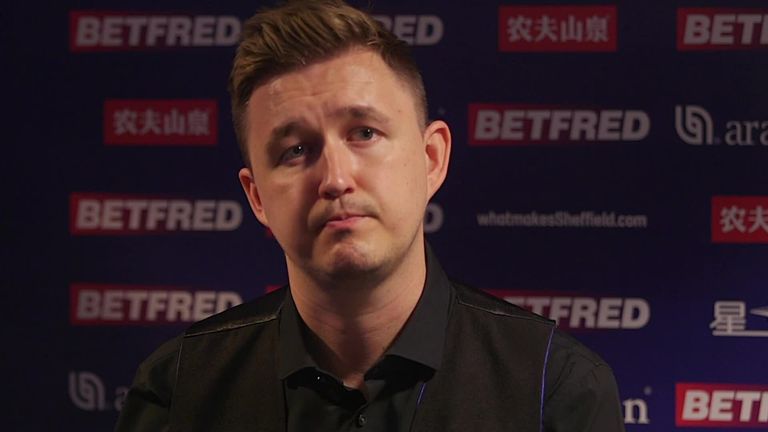 Kyren Wilson and Mark Selby showed off their title credentials by storming into the semi-finals of the World Snooker Championship with comprehensive wins.

Wilson's quarter-final was finely poised at 8-8 overnight, but Wilson won five straight frames at the start of their final session to set up a last-four clash with either Judd Trump or Shaun Murphy.

A total clearance of 133 gave Wilson the opening frame and runs of 59 and 62 extended his lead before last year's beaten finalist won a scrappy 20th frame to lead 12-8. 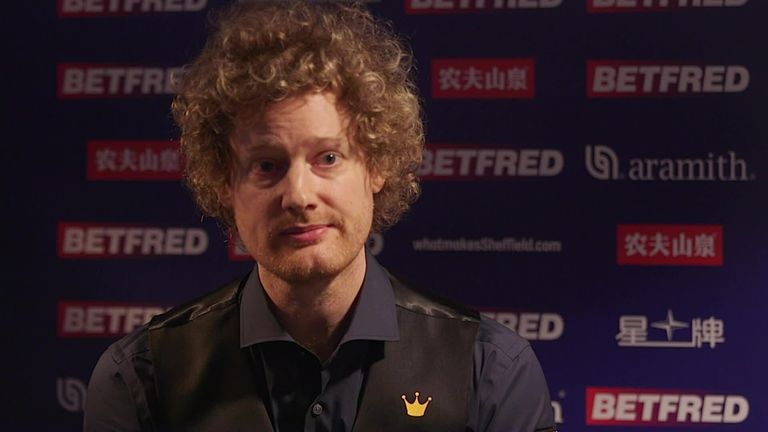 That left Robertson needing to win all five remaining frames but Wilson calmly made a break of 84 after the mid-session interval to seal a fine win over one of the pre-tournament favourites.

"I still don't think I've hit my peak, I'm just gritty," Wilson told the BBC. "I'm trying my heart out in every session, if it's not quite going for me I won't give in, I'll keep fighting and try and get the best result I can.

"The longer format suits me, sometimes I can dip in and out of concentration but because I'm so strong mentally I can overcome that and allow myself to grow into the matches. I love playing at The Crucible."

Selby resumed his eagerly-anticipated quarter-final with a 6-2 lead, before reeling off four frames in a row with the aid of breaks of 96, 58 and 66 before Williams stopped the rot with a run of 79.

However, the Welshman was already resigned to his fate and, despite successfully producing a bizarre four-cushion break-off shot, two more half-centuries saw Selby claim the three frames he needed to complete victory. 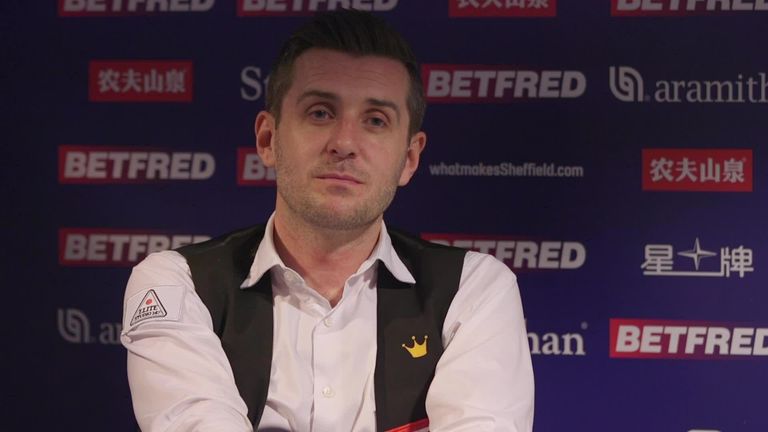 The last quarter-final to end with a session to spare was Selby's 13-3 win over Marco Fu in 2017 on his way to the title and the 37-year-old said: "We'll find out if that's a good omen over the next few days.

"But I feel as though I'm playing as good as back then, if not better at the moment. So all I can keep doing is keep working hard, get as much rest as possible and stay focused.

"Really happy with the way I played from start to finish. I've not eased off at any stage since the start of the tournament which is nice, because you know you're going to play some bad sessions.

"I'm just trying to go back to basics really, making sure I give every shot 100 per cent and it seems to be working at the moment. I don't seem to be missing anything silly and not really giving my opponents many easy chances." 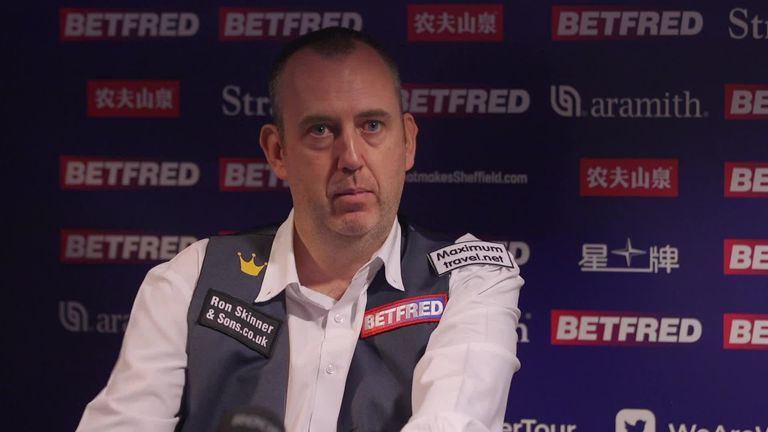 Williams felt he was unfortunate not to get out of the first session just 5-3 behind, but admitted: "I just got outplayed and he totally deserved it.

"Forget about (Judd) Trump and (Neil) Robertson and (Kyren) Wilson and all these - if they're all playing well Selby's different class to the lot of them.

Totally@out pkayedni. Every department , GANDS UP . Forget trump Robertson Wilson Murphy, Selby is in a diff class to um all when he plays well 👍👍👍👍👍

"He played outstanding stuff and I'm a man to put my hands up and say I can't compete with that - not many people can. When it went 10-2 the match is dead. I tried, but the last thing I wanted to do tonight was come back at 12-4 knowing you can't win." 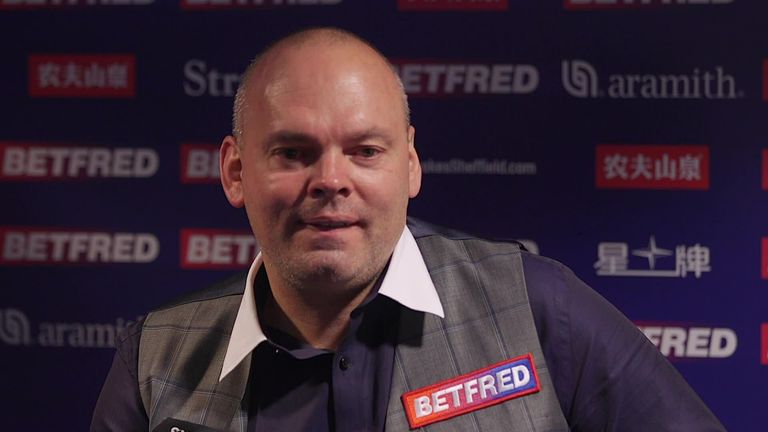 Stuart Bingham summoned his 10th Crucible century to win a final frame decider against Anthony McGill and book his place in the semi-finals against Selby.

McGill, who conquered Ronnie O'Sullivan 13-12 in the previous round, resumed 9-7 in front and a break of 106 upon the resumption nudged him into a 10-7 lead.

Bingham reeled off five frames in a row to move to the cusp of victory at 12-10 but was forced to withstand a gutsy fightback from the Scot before Bingham's brilliant 125 clearance saw him prevail. 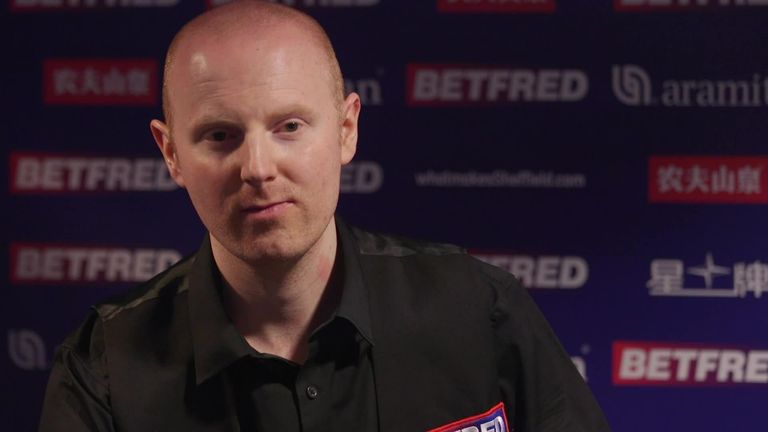 Anthony McGill was in a playful mood despite exiting the Worlds

"It feels just as emotional to get back to the one-table set-up as it did for the first time in 2015," said Bingham.

"It's just the Holy Grail of the sport and I'm proud of the way I held it together because it's not easy playing under that kind of pressure."