Italy, Kuwait and Denmark all recorded shock wins at the World Cup of Pool in Milton Keynes on Monday.

Corrieri's golden break handed them 4-1 lead and they soon moved to the hill with a healthy 6-2 lead.

A mini fightback got Spain to 6-4, but Sanchez-Ruiz then missed a long 2 to the top pocket.

Corrieri made the jump to remove the 2 but hooked himself on the 7. However, former Mosconi Cup player 'Fabulous' Fabio Petroni fluked the 3 and that opened the table for the underdogs, who cleared for the match to set up a second-round clash with Denmark on Wednesday. 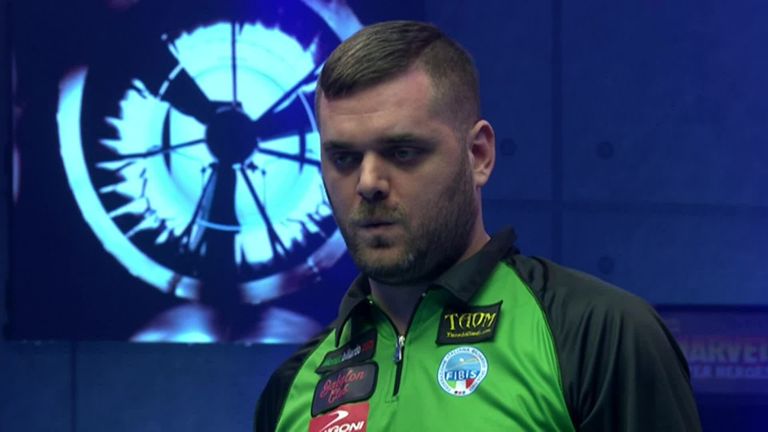 "To play in the arena is always edgy in the first match but I really enjoyed it," said Filler. "I missed a couple of shots but it happens but the main thing is to keep positive, and my partner played really well so I am delighted that we won.

"You should practice as a team to find your chemistry and rhythm and I think that is the key for every team. I was impressed with Lithuania. I saw them in the practice room and they played good and after 5-1 down they kept fighting."

Denmark recorded their first ever World Cup of Pool victory, beating France 7-2, with Mickey Krause and Bahram Lotfy proving too good for French pair Alex Montpellier and Alain Da Costa, who were late replacements for Albania.

The Dutch duo of Niels Feijen and Marc Bijsterbosch used their tournament experience to overcome an impressive pairing of Sanjin Pehlivanovich and Ajdin Piknjac 7-4, as Bosnia and Herzegovina made their World Cup debut.

There was a debut too for Iceland, but they struggled at the table against Finish pair Petri Makkonen and Casper Matikainen, who recorded a 7-0 whitewash win.