Russian allowed to compete after a decision by CAS; Valieva has argued that her positive drug test was caused by a mix-up with her grandfather's heart medication 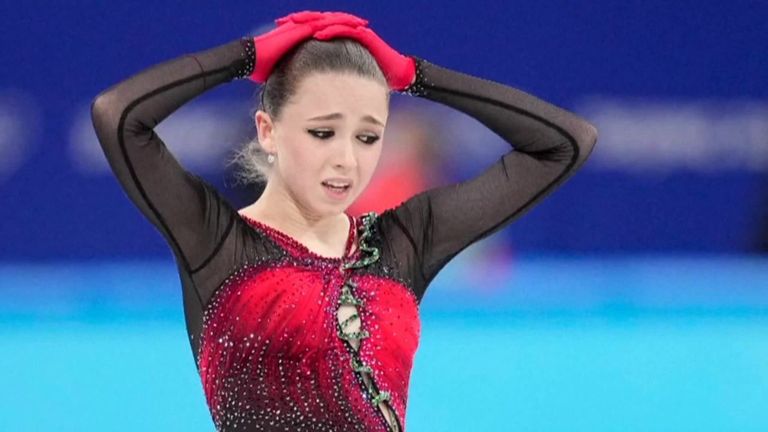 Kamila Valieva has said she is "emotionally tired" after being cleared to continue to compete at the Winter Olympics after the Court of Arbitration for Sport (CAS) determined that no provisional suspension should be imposed.

The CAS cited "exceptional circumstances" for its decision after the 15-year-old submitted a positive sample for the banned substance trimetazidine on Christmas Day.

They included Valieva's status as a "protected person" under the World Anti-Doping Code, "serious issues" in the process of notifying Valieva of her result, and the fact a suspension could cause her "irreparable harm".

Valieva has argued that her positive drug test was caused by a mix-up with her grandfather's heart medication, according to Denis Oswald, the International Olympic Committee's (IOC) permanent chair of the disciplinary commission.

The figure skater, who is one of the youngest athletes to face a doping charge during the Olympics, said the days leading up to her being cleared to compete in the women's singles event despite having tested positive for a banned substance had left her emotionally fatigued.

"These (past few) days have been very difficult for me," she told Russia's Channel One.

"It's as if I don't have any emotions left. I am happy but at the same time I am emotionally tired."

The result of the positive drug test was not revealed until February 8 after Valieva had competed in the team event at the Winter Games, dazzling the world by becoming the first female skater to land the first quad jumps ever completed in Olympic competition.

CAS emphasised the "serious issues of untimely notification of the results" in its decision.

"Such late notification was not her fault, in the middle of the Olympic Winter Games," the ruling said.

Valieva, who has continued training daily throughout the developments, will now take part in the short program section of the women's figure skating competition at the Capital Indoor Arena in Beijing on Tuesday - in which she is the overwhelming favourite to claim the gold medal.

CAS director general Matthieu Reeb said: "While these rules have specific provisions for evidence of a different standard of evidence and for lower sanctions in case of protected persons, the panel was therefore concerned that if a permanent suspension would be imposed on the athlete and later - at the end of the day, after the completion of all procedures - she would not be sanctioned or would have a very low sanction, the provisional suspensions would have caused serious damage."

The decision was immediately slammed by the United States Olympic Committee (USPOC), whose chief executive Sarah Hirshland said: "It is the collective responsibility of the entire Olympic community to protect the integrity of sport and to hold our athletes, coaches and all involved to the highest of standards.

"Athletes have the right to know they are competing on a level playing field. Unfortunately, today that right is being denied. This appears to be another chapter in the systemic and pervasive disregard for clean sport by Russia."

WADA president Witold Banka said he wanted a thorough investigation into Valieva's entourage, with any culprits to be banned for life.

Banka said: "The doping of children is evil and unforgivable, and the doctors, coaches and other support personnel who are found to have provided performance-enhancing drugs to minors should be banned for life, and personally I also think that they should be in prison.

"We demand that RUSADA completes a strong investigation into the entourage. We will also look into that and make sure that a proper investigation is carried out."

FEB 6: Valieva makes her Olympic debut in the short program section of the mixed team event. Her routine scores 90.18, just short of her own world record of 90.45.

FEB 7: Valieva becomes the first female figure skater to land quad jumps in an Olympic Games, as her free skate routine seals victory for Russia in the mixed team event.

FEB 8: The medal ceremony for the mixed team event is delayed due to what the International Skating Union (ISU) describe as a "legal issue" which requires further consultation.

FEB 9: The 'Inside The Games' website names Valieva as the figure skater at the centre of a doping probe which is delaying the awarding of medals.

FEB 11: The International Testing Agency (ITA) confirms Valieva tested positive for the banned heart medication trimetazidine on Christmas Day. It says it is appealing the lifting of a provisional suspension by the Russian Anti-Doping Agency (RUSADA).

FEB 12: The World Anti-Doping Agency (WADA) and the ISU confirm they have also filed suits to the Court of Arbitration for Sport, whose ad-hoc committee meets to determine the case. Valieva, who continues to practice in Beijing, makes an appeal by video-link.

FEB 14: The CAS announces that Valieva has been cleared to continue to compete. CAS cited "exceptional circumstances" for the decision, essentially revolving around her status as a 'protected person' on the World Anti-Doping Code.

Trimetazidine, which is used to treat chest pain and angina, increases blood flow to the heart. It was added to WADA's list of prohibited substances in 2014.

Chinese swimmer Sun Yang and Nigerian sprinter Blessing Okagbare are among those who have previously been sanctioned for its use.

Canadian Olympic Committee president Tricia Smith said: "The situation that has unfolded with respect to the Russian figure skating athlete's doping case is extremely unfortunate and sad for the athletes.

"The COC is fully committed to clean sport and we firmly believe that no one involved in doping or other corrupt practices has a place in the Olympic Movement.

"While we trust that the CAS decision was the result of a fair process, we are extremely disappointed with this result."

Former American gold medal winner Tara Lipinski said: "I strongly disagree with this decision. At the end of the day, there was a positive test and there is no question in my mind that she should not be allowed to compete.

"Regardless of age or timing of the test/results. I believe this will leave a permanent scar on our sport."

Sky Sports' Geraint Hughes spoke about the latest developments and what happens next in one of the biggest controversies in the history of the Games.

"Let's just makes this clear. This is not about whether she has failed a doping test or not - that now happens next," he said.

"There is an investigation going on by WADA to look into her entourage - her coaches, her doctors, physios, maybe even some of the closest adults around her because, let's not forget, this is a 15-year-old girl we are dealing with here, who probably was not aware if she has taken anything because we're still awaiting the results of her B sample [as to] whether she may have taken anything knowingly.

"She is free to compete at the Olympic Games. However, what has not been included is whether she has doped or not, with the IOC conceding this morning that it won't be resolved until probably after the Games are over."

No medal ceremony for the team skating event

The International Olympic Committee acknowledged the CAS ruling in a statement but confirmed it would not hold a medal ceremony for the team skating event, where Valieva and the Russian Olympic Committee won gold.

It also said that if Valieva finishes in the top three of the women's singles competition there would be no medal ceremony in that event either.

"The IOC will, in consultation with the athletes and NOCs (national Olympic committees) concerned, organise dignified medal ceremonies once the case of Ms Valieva has been concluded," the IOC statement said.

It also requested that the ISU allows a 25th competitor to enter the free skating part of the competition on Thursday, should Valieva finish in the top 24 of the short program on Tuesday.

'It's a permanent stain on the Olympics' 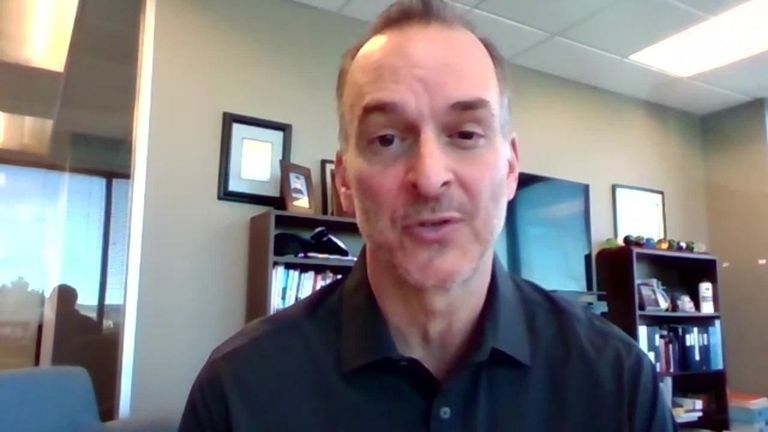 Travis Tygart, CEO of the US Anti-Doping Agency, expressed his sympathy for Valieva and suggested the process is seeing her being "re-victimised".

"It's a systemic failure," he told Sky Sports News. "At the end of the day the IOC controls the system, they control CAS, they control WADA, they're been the ones that have refused to put in consequences against State-sponsored Russia doping and here we go yet again.

"The sixth Olympic games in a row that has been stained and permanently tainted by Russia doping. It's incredible frankly and it is a permanent stain.

"I have all the sympathy in the world for this young skater and to a large extent she's being re-victimised by having to skate under this cloud of suspicion being branded a doper and having an outstanding test, having medal ceremonies postponed or delayed for months and having other athletes lose their medal opportunity so it's really unfortunate that the system has not protected her rights better and that the system has allowed this to happen."

The organisers of the Paris 2024 Olympics want to make sure Valieva's case does not cast a shadow on their own Summer Games.

"Paris 2024 is 100% committed to the fight against doping and is working in close coordination with all stakeholders to ensure the fairness of the competitions in 2024 and the protection of athletes," they said in a statement.

"We must use this situation (the Valieva case) to make sure that it does not happen again.

"Our top priority will be the development and execution of an effective anti-doping program that protects the rights of athletes and the integrity of competitions."