The harrowing ordeal of getting knocked out by UFC sensation Conor McGregor has been documented by one of his victims, Dustin Poirier.

McGregor has ripped through every opponent in his path to becoming interim featherweight champion and the biggest male star in the sport, and will unify titles in a grudge match against long-time rival Jose Aldo in December at UFC 194.

Last September, he announced his arrival with a KO win inside two minutes against Poirier in Las Vegas - at the time, the sixth-ranked American was listed higher in the featherweight pecking order but, after being flattened, has left the division altogether. 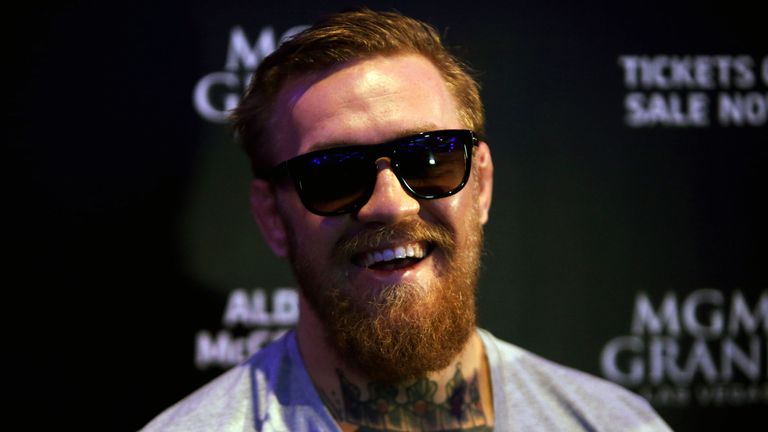 Conor is definitely the real deal. I've had 22 fights and I've never been put out like that.

"I've had 22 fights and I've never been put out like that.

"There are a lot of reasons why it went wrong for me, but he was just better that night."

After a riveting build-up packed with McGregor's trademark jibes, he was backed by thousands of travelling Irishmen at the MGM Grand.

Poirier concedes he didn't expect the crowd in his home country to be so overwhelmingly in favour of a foreign foe - but it was a vicious straight left to the temple that did the real damage.

"I don't believe in calling shots 'lucky' because he threw it, I moved, and I got hit by it," he said.

"It was a well-placed, well thought-out punch that he threw. It hit me and I went down early.

"I also didn't expect so much of the crowd to be rooting against me. That was actually shocking. But I wouldn't say it affected the way I fought.

"I was very emotional, just because of everything that had gone on between me and Conor. The build-up to the fight between us made me fight emotionally, rather than relaxed, which is how I like to fight."

Poirier has since won two in a row after vacating the featherweight division for lightweight, a weight class that McGregor himself previously fought at.

A future rematch is on the mind of the Louisiana native - but first he travels to McGregor's hometown of Dublin to headline a UFC card on October 3 against another Irishman, Joe Duffy.

"I am 100 percent willing to fight Conor again, because the first time, we didn't really get the chance to fight," Poirier said.

"He hit me with a good shot and I went down. I'd love to do it again. It would be a different fight at 145 pounds, and definitely if he comes up to 155.

"I wouldn't get hit with that shot again, and I wouldn't let myself get so emotional.

"I know I could beat him - I'm a better fighter than I showed last time.

"I've moved forwards since then and fighting in front of the Irish crowd is nothing to do with getting revenge for that fight.

"Joe Duffy has a lot of people looking at him because he's the last person to beat Conor, so I thought 'let me check this guy out'."

And, as for McGregor's world championship fight against long-time title-holder Aldo?

"It's a really competitive fight and hard to call but I think Conor will win using footwork and striking."