DEBATE: Should The Undertaker make a WrestleMania return?

John Cena again called out The Undertaker on Raw last week - so could we be seeing the Dead Man return in New Orleans for one last match?

Such a contest would be huge. Cena and 'Taker have never had a WrestleMania match before and if they were to do so now it would draw a huge amount of interest.

Cena unquestionably wants it, and has been - perhaps tellingly - allowed to call out the Dead Man on back-to-back episodes of Raw as he attempts to draw the focus of a competitor who has been active for nearly a full calendar year.

Undertaker, meanwhile, has posted several videos on social media of his improving physical condition in what some fans have interpreted as a signal he is capable of making a comeback.

But just because they could, does it mean they should? WWE editor Jefferson Lake and WWE writer Sam Pettit take up the opposing ends of the argument...

The Undertaker's WrestleMania farewell last year was almost perfect. Almost, but not quite.

The ceremonial folding and leaving behind of the Dead Man's accessories was a beautifully poignant moment, no question. A true WrestleMania moment, in fact. But the ambiguity about whether it was his final moment diluted some of the magic. 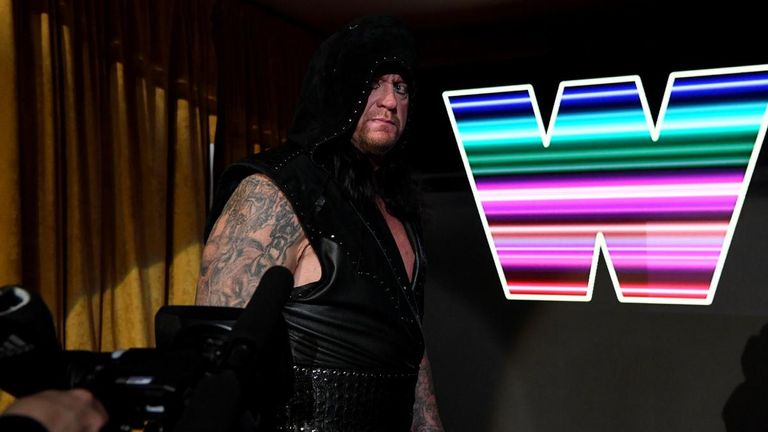 "It's a great chance to say an emotional goodbye to one of the best of all time..."

Jefferson Lake on The Undertaker's return

Had the fans known this was to be the end they could have paid their own emotional farewell. Arguably it's part of the whole mystique of the man that he left it open to interpretation but it felt like a lost opportunity for a unique bonding moment between the fans and one of their most-loved superstars of all time.

There were some concerning moments in the Roman Reigns match last year but John Cena is a reliable ring general and the match could be set up to mask any potential shortcomings. As Raw viewers know, he's regularly posting training pictures on his wife's Instagram.

And then there's Cena. His past few weeks have been the perfect combination of a man in crisis and someone without a natural home on either brand. If he was to retire The Undertaker, with the assistance of Vince McMahon, he could become the ultimate corporate heel, the perfect 'company man' to oppose Reigns when Brock Lesnar leaves.

But this should all be about The Phenom, first and foremost. It's a great chance to say an emotional goodbye to one of the best of all time. He deserves that.

It would seem WWE have been choosing their words very wisely over the past 12 months. Whenever the question of The Undertaker's retirement comes up, the answers are vague, leaning neither here nor there. Nothing has been said, but everything has been assumed. And why not? 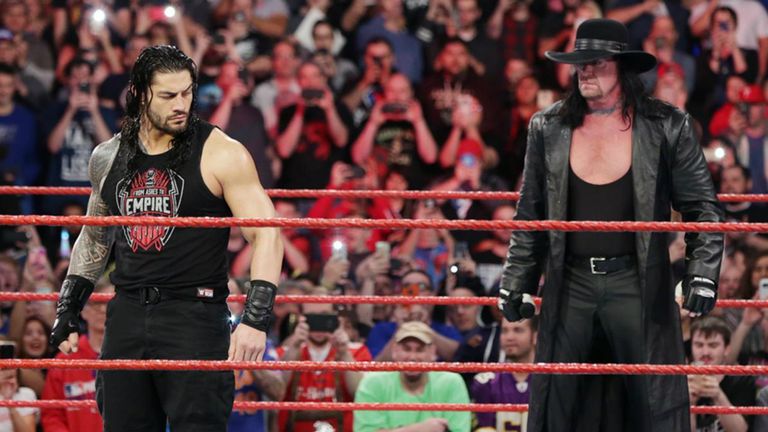 "Last year's match felt like a passing of the torch from one icon to another who is undoubtedly destined for greatness..."

Sam Pettit on The Undertaker's return

After his rather predictable loss to Roman Reigns, 'Taker folded his signature black coat, removed his gloves and hat and placed them in the centre of the ring. There were even poignant photographs showing the outfit was not removed from the squared circle even when the set was being taken down. The Undertaker's long and glorious career had come to an end. So why change that now?

Last year's match felt like a passing of the torch from one icon to another who is undoubtedly destined for greatness. There was a reason for the match to happen, but is there for The Undertaker v John Cena?

Cena's not an up-and-coming youngster. He's a veteran in his own right and an icon with his own legacy. There's no streak to be broken, no final mountain for either superstar to climb. If anything, Cena, a man who prides himself on hustle, loyalty and respect, looks lost, desperate and bitter.

And for The Undertaker, what does he stand to gain from taking this fight? Delivering a chilling Tombstone and pinning John Cena doesn't prove anything and won't add a dime to his legacy.

The Undertaker's enjoyed a glorious career in the WWE but now it is time for this legend to finally Rest in Peace.