WWE's Bray Wyatt: 'Daniel Bryan would be my WrestleMania match'

WWE Superstar Bray Wyatt is part of a close-knit family on Smackdown - but he says there is no doubt as to which of them will triumph in the 2017 Royal Rumble, live on Sky Sports Box Office.

Wyatt and his stablemates, Randy Orton and Luke Harper, will compete in the 30-man match on January 29, the winner of which will go on to main event WrestleMania 33 in Orlando on April 2.

But, speaking on a pre-Rumble conference call, Wyatt confirmed that Orton - the 2009 Royal Rumble champion - and long-time ally Harper would ensure he prevailed if they were the final three.

The 29-year-old found time to repeat Orton's recent tweet that Irish UFC sensation Conor McGregor would fare best in WWE's cruiserweight division if he joined the company - "It's a big man's game, he would be better suited to 205 Live," said the former Smackdown Tag Team Champion.

But he also spoke in depth about who his dream WrestleMania opponent would be; what he really thinks of Orton and Harper; facing The Undertaker; and soon-to-be WWE Hall of Famer, Kurt Angle.

What happens if you, Luke Harper and Randy Orton are the final three in the Royal Rumble?

BRAY WYATT: The goal is that I win the Royal Rumble. Randy knows that, Luke knows that. I am to be the winner, no one else. If we were the last three standing, I would be celebrating already because it would already be over. They would exit and help me win the main event of WrestleMania.

Are you ready to main event WrestleMania?

BW: Who deserves to main event WrestleMania more than me? No one. I am the same Wyatt on the inside that I always was - the fire and rage is still there - but I think the reset button has been pushed and everything is coming to fruition. I've had the win at Survivor Series and the Smackdown Tag Team Titles and the Rumble is the final piece. I am in my prime.

How much have you enjoyed working with Orton over recent months?

You'd think that Randy doesn't belong with us but when you see us together you realise we are not so different after all. He and I have formed a bond that will last forever - we have had success together and failures together but we have reinvented each other and make a hell of a team. 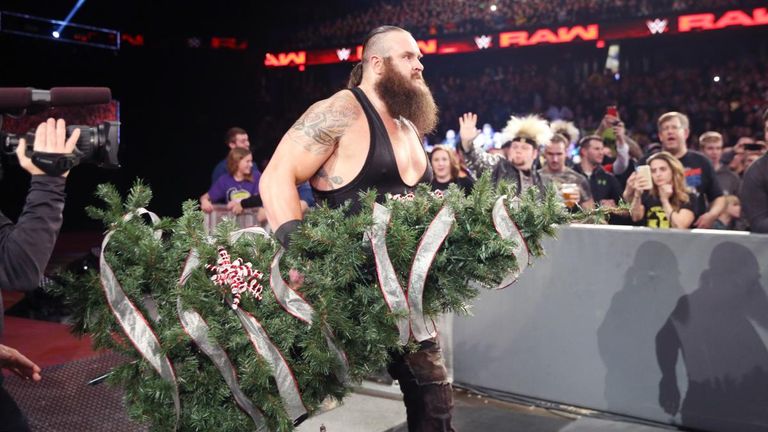 I am very proud of him - but if he gets in my way [at the Rumble] I will break his arms!

Would you say Harper is one of the most underrated wrestlers in WWE?

In the world. He is 6ft 7in and 275lb but moves like a ballerina. He is a bona fide star and I cannot say enough about him - he is my brother and the quintessential piece to The Wyatt Family. Without him, there is no Wyatt Family - he is that important. It is very comforting to me to have him.

Who would be your dream WrestleMania opponent among past or present Superstars?

Daniel Bryan would be my match-up. I could say a lot of names - The Undertaker, Jake "The Snake" Roberts", Ric Flair in his prime - but I didn't feel I was finished with Bryan. I felt it was taken from me and I will always feel that way. This year, though, I plan to beat AJ Styles - if he is still the champion - and it would be good if it was a Last Man Standing Match.

You have already battled The Undertaker at WrestleMania - what was that experience like?

Surreal. Coming out in the daylight was one thing but anytime you hear that gong and see him walking down, everything becomes non-existent around you - it's almost as if time freezes. Once you feel the wrath of the greatest Superstar that ever existed, it becomes kind of easy. I have faced him a couple of times and would like to face him a couple more.

Matches against The Undertaker and John Cena, verbals with The Rock - you've had some high-profile spots at WrestleMania, haven't you?

Being in big moments at WrestleMania is what this industry is all about - but I am not quite there yet. Facing those legends is one thing but to beat them is another and I have not really had my moment yet. I feel it is rapidly approaching and I have 10 or 15 years left in my tank to do a lot of things that haven't been seen yet. 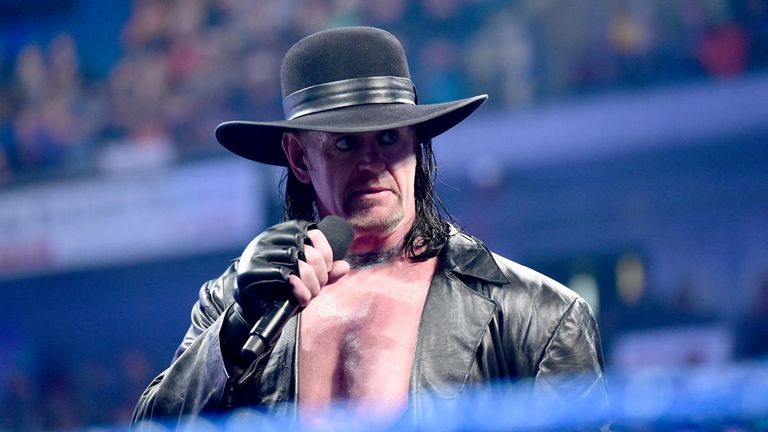 I couldn’t care less. I understand why it would be a dream match for the fans but I am more worried about myself.

Wyatt on a potential Cena v Undertaker match at WrestleMania

Speaking of legends, it has been announced that Kurt Angle will be inducted into the WWE Hall of Fame this year. Your thoughts?

I would prefer Kurt Angle to be in the Royal Rumble! I don't really know him, I don't even know if I've ever met him, but I respect him because he is an Olympic gold medal winner and the real deal. He is a true legend who fully deserves to be in the Hall of Fame.

The pay-per-view will cost £19.95 for viewers in the United Kingdom and €24.95 for customers in the Republic of Ireland.

A live blog of WWE Royal Rumble will run on skysports.com and the Sky Sports app during the event, featuring text commentary, social media and short highlight clips.

You can order the show by visiting this link: https://my.sky.com/orderboxoffice/?DCMP=WWERoyalRumble

You can also book the event over the phone: UK viewers should call 03442 410 888, while customers in the Republic of Ireland should call 0818 220 225. (There may be an additional charge for telephone bookings).

You will also be able to order the show via your Sky remote nearer the event:

Sky+: Press the box office button on your remote, then click the sports tab followed by WWE Royal Rumble.