Baron Corbin says he thought competing in WWE would be easy

Baron Corbin admits he has been caught off guard by the intensity of life in WWE and that he "thought it would be easy".

A former NFL footballer in the states and once a Golden Gloves Boxing Champion, the SmackDown star is no stranger to life in competitive sports.

But in an interview with Sky Sports, Corbin candidly admitted to being a little blown away by just how different training for professional wrestling would be.

He accepts his rise through developmental territory NXT was a slower and more gradual process than he had anticipated, saying: "Honestly, I was a little bit arrogant because I came in and thought it was going to be easy and that I'd be on television in a year, no problem.

"Then you realise how many different things it takes to become a successful superstar, and it really is a rude awakening. I thought it would take a year, but it was three and a half years later that I got called up (to the main roster). It is not easy.

"I didn't realise how much detail went into it all and it was a rude awakening for me and it was humbling."

Despite its global popularity, professional wrestling is still scoffed at in some quarters as 'fake' - something that clearly irks Corbin, a wrestler who is uniquely qualified to air his opinion.

Given the undeniable toll it takes on the body of its performers and the gruelling nature of its schedule of the better part of 300 dates per year all over the world, it is certainly not an industry for the faint of heart.

Corbin was pressed on the point of whether or not wrestling gets its dues and added: "I definitely don't think it does. I would challenge anyone who thinks that what we do isn't taxing on your body. 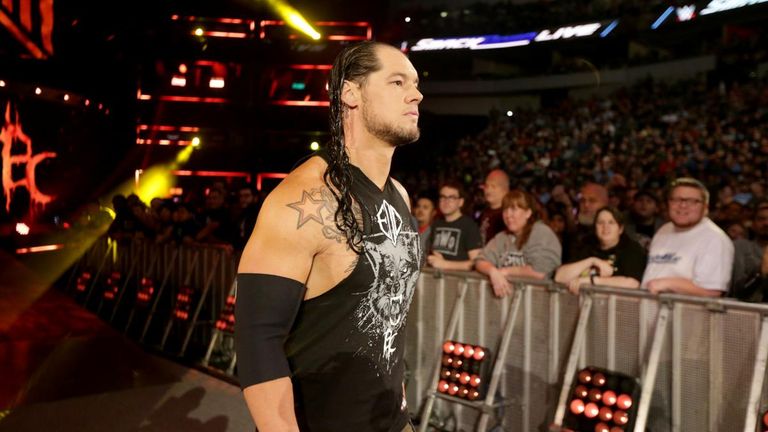 "I would challenge anyone to do what we do and show them how physically demanding it is. It deserves a lot more respect."

"People see what we do and think it would be fun to try but I would challenge anyone to do what we do and show them how physically demanding it is. It deserves a lot more respect.

"The cool thing is that people have come in from UFC or from the NFL thinking that it's going to be easy.

"It instantly demands respect from them and it's really cool to be a part of seeing the realism of how much this can hurt set in."