British WWE star Paige: I thought I was paralysed after career-ending injury

British WWE star Paige feared being paralysed for life when she suffered the injury which ended her career.

The 25-year-old confirmed she would not be returning to active competition on the Raw after WrestleMania four weeks ago, and the next night was named as the general manager of SmackDown.

She had been out of action since re-injuring her neck during a six-woman tag team match on a New York house show on December 27.

Paige, who was born in Norwich, spoke about the accident for the first time on Edge & Christian's podcast, and admitted she feared the absolute worst.

"When it happened I lost all feeling in my arms and my legs and it was the most terrifying feeling of my life, I would never wish that on anybody," she said. 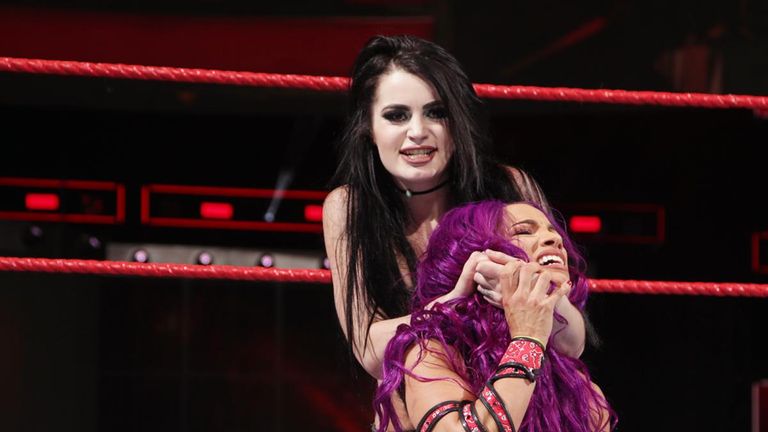 "I wanted to do the comeback, take this, take that, do everything in the match and I wanted to do too much and push myself too hard, to the point where my body said stop."

"It was so scary, I was literally thinking I'm done, I'm going to be in a wheelchair now. This is it, I've pushed myself too much, I really did think that.

"I wanted to do the comeback, take this, take that, do everything in the match and I wanted to do too much and push myself too hard, to the point where my body said stop.

"Waiting for the feeling to come back was so scary. I tried to keep going and I tried to grab Sasha's legs and my arms felt like they had no bones in them.

"And then I tried to stand up and I started stumbling and falling back like I was drunk. I was petrified and the girls were crying at ringside, it was horrible."

Paige had made her in-ring return earlier that month after more than a year on the sidelines, and was being booked as the figurehead of the Absolution faction which also included Mandy Rose and Sonya Deville.

But even in those first matches back, she admitted she did not feel 100 per cent.

The next WWE chapter for Paige

"I had felt it in a singles match I'd had before that, it didn't feel quite right," she said. "I had to go to the PC (Performance Center) and figure out how to take bumps by moving my neck a certain way or kicking out of a finish by moving my head to the side because it couldn't be the same.

"I had to adjust a lot of things so it was very strange for me already. I had taken a couple of bumps and it didn't feel right but I thought 'I'm fine, I'm just rusty'."