By Emma Paton, in New York 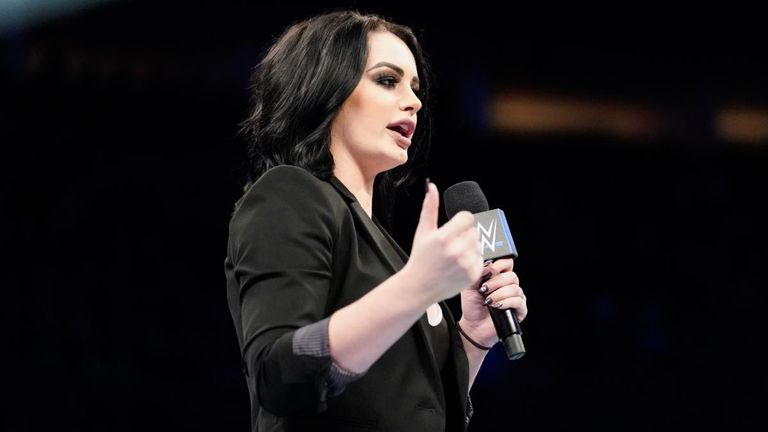 The first all-women’s pay-per-view in WWE history takes place on Sunday night with WWE Evolution, but it is a bittersweet moment for Paige.

The Smackdown general manager will be returning to the same venue where she suffered her career-ending neck injury.

Two-time Divas champion Paige was told she would never return to the ring after she was left 'partially paralysed' after a mistimed kick from Sasha Banks at a Live Event last December.

Paige officially announced her retirement after Wrestlemania, at the same New Orleans venue where she made her debut.

"I feel sad I don't get to be a part of it, so it's bitter sweet. It's really nice to be back and see how far the women have come," Paige told Sky Sports.

"This is the hotel I stayed in after the injury. At the venue, laying in the ring, I knew that was it. I was just like, 'I'm never going to wrestle again'. You can feel it. The fact that I was completely paralysed for a couple of minutes, I thought, 'there's no way I can come back from this'.

"I was stubborn and said I was fine but I got back to the hotel and there were fans around, I didn't know what to say, but I was thinking, 'man, you guys are never going to see my wrestle again'.

"It's really sad. I had to retire in the place I debuted, and now the first-ever all-female pay-per-view is where I got the injury.

"I've been wanting to do this since I was 13-years-old, so to have this cut short is the saddest thing ever."