WNBA champion Aerial Powers discusses the difficulties of preparing for the 2020 season without a training camp and how she is coping with the coronavirus lockdown.

Watch Heatcheck every Wednesday at 8pm

Join Ovie, Mo and Jaydee for Heatcheck on Sky Sports Arena every Wednesday at 8pm

Washington Mystics forward Aerial Powers is renowned for the spark she provides for her team on the court. But with the start of the 2020 WNBA season on hold due to the coronavirus pandemic, she has been forced to find new ways to channel that energy.

Speaking to Heatcheck host Jaydee Dyer earlier this month, Powers - who played a key role in the Mystics' 2019 WNBA championship win - said: "Everything I do [I bring energy]. Honestly, if it's basketball, gaming or if I just meet someone. I want them to remember me as someone that brought great energy. That's important to me, I've always been that type of girl."

Powers expected to be contributing to the Mystics' title defence by now but the start of the WNBA season, scheduled for May 15, remains postponed indefinitely. As a result, the 26-year-old forward has been quarantined with no choice but to prepare for the season at home. She admitted the situation is far from ideal.

"I'm usually putting up shots in the gym right now," she said. "It has been crazy because I came down to DC to start preparing for the season a little early and then, boom! COVID-19 happened and we've been quarantined.

"I've got a bike [exercise] and I hate it. I'd rather do suicides [runs] on a basketball court. But I have been doing a lot of working out at home. It's really hard. I haven't taken this much time off basketball forever. I do yoga. I try to jog, there are some steps around here that I like to run. Band work, medicine ball work and then to keep myself mentally sane outside of working out, I'm a gamer.

"These games really keep me focused and lately I've been broadening my brain in the e-sports world. I'm working on something really cool for girl gamers. I've just been doing a lot of gaming stuff, it is keeping me sane. 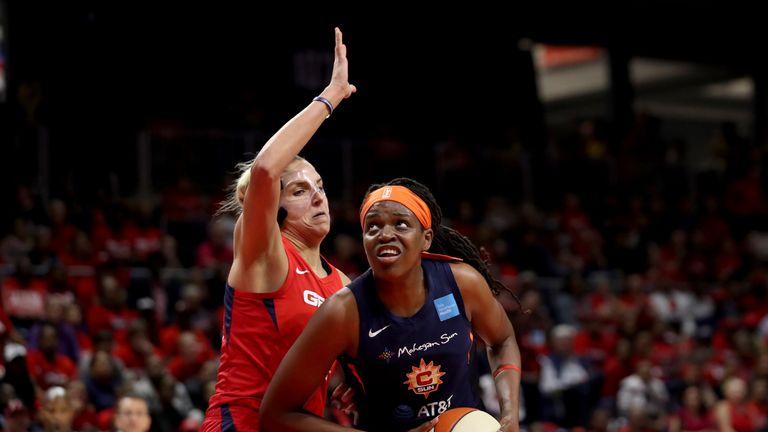 "It is crazy because around the end of April was when we were supposed to start our training camp. Now, we're at the beginning of May and we haven't started nor is there talk about when exactly we're going to start."

The indefinite delay to the season is particularly frustrating for Powers given the huge impact she made during the 2019 campaign. She posted career-highs in points per game and two-point field goal percentage as well as recording a career-best 24 points in a road game against the Los Angeles Sparks.

Recalling her performance against the Sparks, Powers said: "I think that I just got in that zone. Sometimes when you get in that zone, it's like nothing can knock you out of it. You are just making everything and everything is easy. 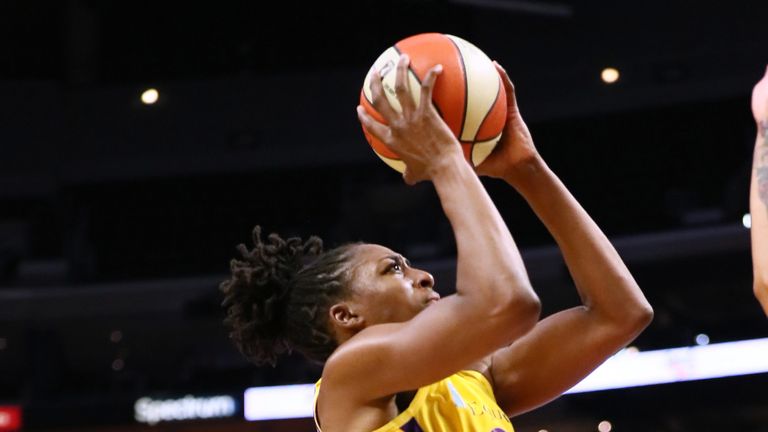 Highlights of the Washington Mystics' visit to the Los Angeles Sparks in the WNBA, in which Aerial Powers scored a career-high 24 points

"The ball is coming to you and you're seeing that the defense is just a little slower than normal so you're just picking things off. I just got into the zone and made it happen that way."

Powers revealed the Mystics' journey to the 2019 title began 12 months earlier in the aftermath of their 2018 Finals loss to the Seattle Storm. 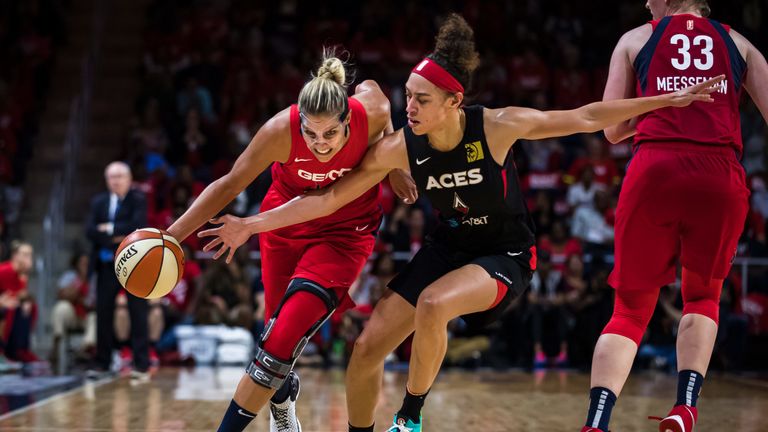 "I can take you back to the final game (against the Connecticut Sun) in the 2019 Finals. During the game it was pretty much neck-and-neck and then we kinda got a lead and we were looking at each other and thinking, 'Is this it?' When the clock when to zero we just went crazy! All of the confetti came down and everyone was on the floor. Just to come to DC and to win a championship - their first one - there was no better feeling."

Powers is hopeful the Mystics' championship win contributes to the game's biggest stars increasing their profile which, in turn, will draw more fans to the WNBA.

"I think that we can get more visibility with brands and I think that will also increase our viewership because now people are seeing us on TV as more than just basketball players," Powers said. 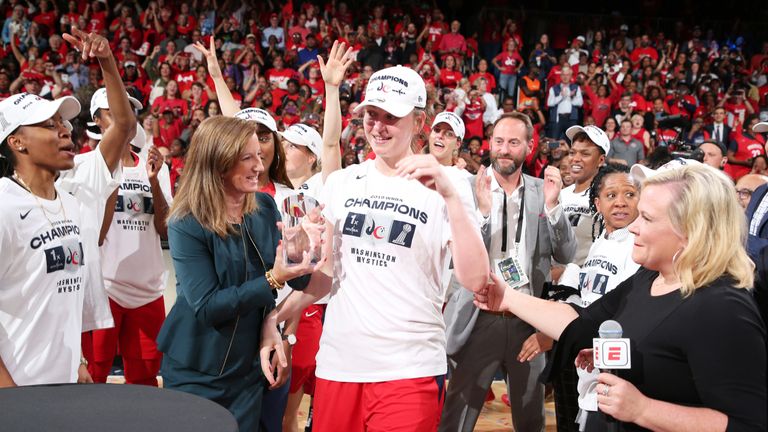 "Say we are in a commercial, those visuals make people think about who we are. Then they realise we are WNBA players, they find out what team we play for and then they go to a game. Now, they're more invested than they ever have been in a WNBA player just from seeing us consistently. We also need to have more visibility on (in terms of) playing the games. That will help, for sure."

First and foremost, though, is preparing for the 2020 season. How can players get ready without access to team facilities?

"If I was going to give advice, it would be different to last year because of what is happening right now," Powers said. "Get in as much work as you can. We are social distancing, so training with bands, jogging and just staying in shape. Once facilities open up, we have got to get to it.

"We are trying to blindly work things out and hope that soon the (Mystics practice) facility will be open. I think the biggest worry for the girls right now is thinking about whether we're going to have enough time to get in the facility, put shots up and get in shape before a season gets put on. That's the biggest thing for us."