Kevin Durant suffered the injury in the second quarter of Saturday's 120-105 home victory against the New Orleans Pelicans; the four-time scoring champion leads the league with 29.3 points per game this season

Kevin Durant could miss four to six weeks after the Brooklyn Nets confirmed an MRI has revealed a sprained medial collateral ligament in his left knee.

The Nets did not announce when the NBA scoring leader might return to action, but ESPN reported that Brooklyn expect Durant, 33, to be out four to six weeks.

"Durant is expected to return to full strength following a period of rehabilitation," the team said in a statement. "Updates regarding his return will be provided as appropriate."

The injury occurred in the second quarter of Saturday's 120-105 home victory against the New Orleans Pelicans. 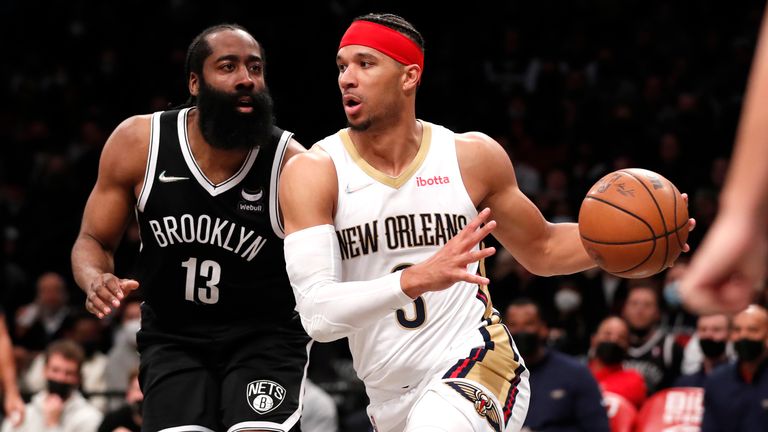 Pelicans rookie Herbert Jones was driving through the paint and defended by Bruce Brown. As Brown backpedalled, he backed into Durant's left knee.

Durant immediately winced but stayed in the game as Brandon Ingram missed a three-pointer and Brown grabbed the rebound. With 5:38 remaining, Durant signalled for a timeout and immediately headed back to the locker room.

Before exiting, Durant scored 12 points in the first quarter to help the Nets open a 32-22 lead.

The four-time scoring champion leads the league with 29.3 points per game to go with 7.4 rebounds and 5.8 assists through 36 contests.