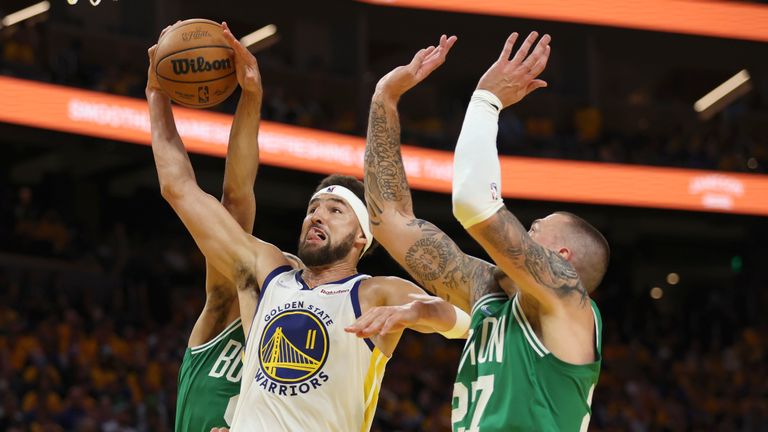 The Golden State Warriors weren't going to take their foot off the gas this time – and even more than that, they made sure their third quarter run was terminal for the Boston Celtics.

In Game 1, they led by a dozen going into the fourth before finishing the game losing by a dozen. In Game 2 on Sunday night, Stephen Curry put in another inspired performance – this time aided by his team-mates to a much greater extent – and they completed a 107-88 blowout win to level the series.

Curry finished with 29 points, six rebounds, four assists and three steals on plus-24 in a game which saw him and the stars sitting for most of a fourth quarter, which ended up as garbage time.

Despite Boston shooting more than 50 per cent from beyond the arc in the first half, the hosts took a two-point lead into the break, courtesy of Curry beating the buzzer stylishly just before the half. By the end of the game, that percentage had dropped to just over 40.

The Celtics were propelled by some big scoring early on from The Jays, Jayson Tatum scored 13 points in the first – more than he managed in the whole of Game 1 – and Jaylen Brown also started with a 13-point first quarter but slowed down quickly thereafter and finished with only 17 points. Tatum went 6-of-9 from 3-point land and totalled 28 on a better scoring night for the All-NBA first-teamer.

Tatum also claimed the distinction of becoming the youngest Celtics player to record 500-or-more points in a single postseason, previously held by Larry Bird in 1984 (when he was 27 years old, Tatum is 24). That won't matter to him right now though.

Offensively and defensively, the Celtics fell apart in the second half, and they were turnover prone throughout the game. The 33 points-off-turnovers the Warriors scored, as opposed to just 15 for Boston, was probably one of the pivotal statistics in the game.

More than that, the Warriors just had the answers on both sides of the ball in Game 2 in San Francisco.

Some of that was down to adjustments the Warriors made. Golden State started the second quarter with an all-offense lineup on the court, including Nemanja Bjelica at center, to try to get Jordan Poole going in the non-Steph Curry minutes. It certainly worked as Poole hit some huge buckets on his way to 17 points overall.

The Warriors were also playing more pick-and-rolls and isolations offensively, as opposed to their usual motion-based offense. Curry managing to impose his rhythm also had a destabilising effect for Boston. 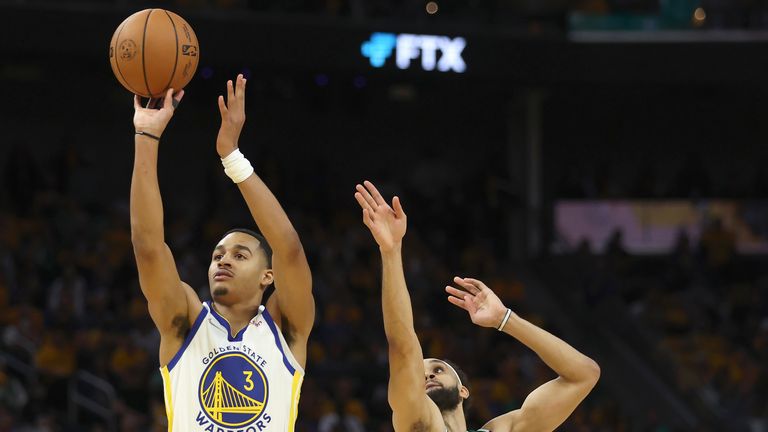 Defensively, the Warriors set the tone early and remained locked in throughout, demonstrating consistent cohesion and focus as a unit that was lacking in Game 1. There was also a standing ovation for Gary Payton II from the Chase Center crowd as he made his NBA Finals debut, after not playing in the series opener following his return from injury.

This time, in the third quarter, they buried the Celtics to the extent that it was beyond recovery. Curry hit some lovely threes and Poole hit two late ones, including a massive half-court buzzer-beater which left the lead at 23 going into the fourth.

It didn't take long for Udoka to empty the bench in the fourth, but it said a lot that Steve Kerr kept Klay Thompson out there. He ended the game shooting 4-of-19 from the field and just 1-of-8 from beyond the arc. His struggles are something which will need to be monitored.

The Warriors though, responded as champions do following the setback of the defeat in Game 1. Now the series moves to Boston where they will be looking to regain home advantage by taking a game at TD Garden, beginning live on Sky Sports late on Wednesday night.