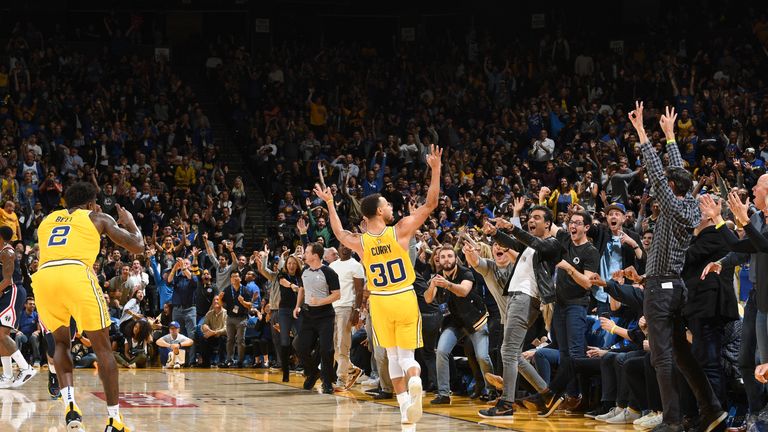 Here are some of the best points from Stephen Curry in his epic 51-point game against the Wizards.

Stephen Curry became just the fourth NBA player in the last 10 years to score 50 or more points in the first three quarters of a game, pouring in 51 in the Golden State Warriors' 144-122 victory over the Washington Wizards.

Curry sandwiched an eight-point second quarter with a 23-point burst in the first quarter and a further 20 points in the third period.

He joins James Harden, Carmelo Anthony and Warriors' team-mate Klay Thompson on the list of players to score 50 or more points in the first 36 minutes of an NBA game in the past decade.

Curry did not play in the fourth quarter, finishing three points under his career high of 54.

The 51 points were an NBA season high, surpassing the 50 scored by Detroit's Blake Griffin against Philadelphia on Tuesday night.

Curry did a majority of his scoring on three-pointers, hitting 11 of 16, the sixth time in his career that he has made 11 or more. His career high is 13.

Kevin Durant added 30 points and Thompson 19 for the Warriors, who improved to 3-0 at home this season.