Dallas on pace for most efficient offense in history, while New Orleans looks for a saviour without Zion

Nearly one-third of the way into the NBA season, most teams have settled on starting rotations and substitution patterns.

Here are two teams who have shown promise this week as potential playoff disruptors, and two who are virtual locks for the 2020 lottery.

The Nets have an awkward problem: They play better when one of their franchise players is not on the floor.

Brooklyn entered the playoffs as a sixth seed last season, but were on course for a surprising losing record until star acquisition Kyrie Irving went down with a shoulder injury last month. Joining him on the injured list was shooting guard Caris Levert, who was lost to a thumb injury. Kevin Durant, meanwhile, is not expect to play at all this season.

Then something strange happened - the team caught fire. After limping to a 4-7 start with ball-dominant Irving as point guard, Brooklyn has gone 9-3 and captured the chemistry that made them winning underdogs last season.

The stretch includes road wins this week against Atlanta and Charlotte, a pivotal home stand against Denver on Sunday and another against Boston last week.

The injuries have allowed unsung heroes Spencer Dinwiddie, Jarrett Allen and Joe Harris to play with the freedom that got the team so far last season. Dinwiddie has been on a scoring and assist tear in the team's run, posting 32 points and 11 assists in the win over Boston, 24 points against Denver and 12 assists against Charlotte - all while limiting his turnovers.

Save over 40 per cent with NOW TV

Allen has hauled double-digit rebounds in 10 of the past 11 games for the Nets, including a 22 point and 21 rebound effort in a road win at Cleveland. Another newcomer, Iman Shumpert is providing valuable defense from the guard position.

Put plainly, the team looks happier and his playing harder without Irving, putting coach Kenny Atkinson in an awkward situation. Irving is nearly ready to begin practising again, though is reportedly a couple of weeks away from seeing game action.

It's hard to believe the Mavericks finished last season with the second-worst record in the Western Conference. Half-a-year later, the team is leading the NBA in offensive rating, and is set to post one of the highest offensive efficiencies in the history of the league. 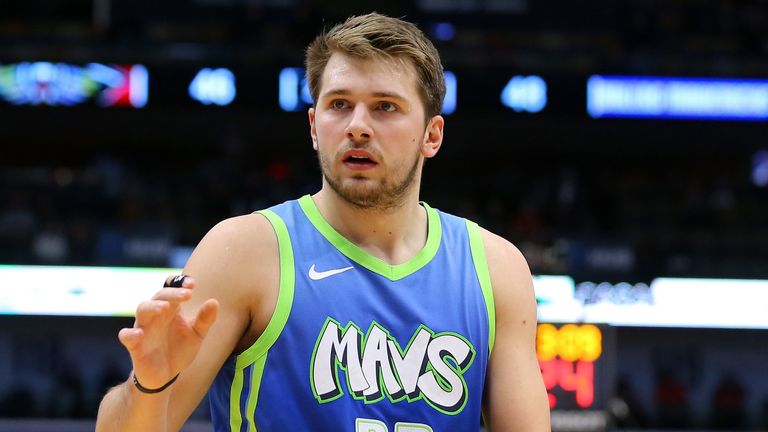 Grabbing all the headlines has been the rise of 20-year-old budding superstar Luka Doncic - who posted a 30-point triple double for the month of November.

He began this month by leading the Mavs to a commanding road win over the league-leading Lakers, then posting a 33-point 18-rebound effort at New Orleans on Tuesday.

Dallas followed that effort with wins over Minnesota and New Orleans before losing a close back-to-back game on Sunday to Sacramento.

Now in his 12th season at the helm in Dallas, Rick Carlisle is producing one of his most impressive coaching efforts. Without the leadership of retired Dirk Nowitzki, the team's fortunes rest in the hands of a 20-year-old who plays without a handbrake.

Getting his team-mates - in particular former All Star Kristaps Porzingis - to fall in line as role players does not appear to have been a great challenge for Carlisle. After a shaky offensive start, the 7' 3" Latvian has found his place as rebounder and defender - notching five blocks in the win at New Orleans.

Tim Hardaway Jr. is on pace to have his best season as a pro - benefiting from the double teaming of Doncic with a 29-point effort on Sunday.

Dallas will go on the road to play the Detroit Pistons in Mexico City on Thursday, providing their Serbian talent Doncic with another country to showcase his talents.

Yes the Pelicans were handed a raw deal by losing Zion Williamson to a meniscus tear before the season even started. With no solid timetable for their star rookie's debut, the Pelicans needed marked improvement from acquired youngsters Lonzo Ball and Brandon Ingram. While Ingram has looked solid, posting a career-high 24.6 points per game this season on 49.3 per cent shooting, Ball has regressed. His 5.7 assists and 2.7 turnovers per game are simply bad numbers for a point guard of his talent.

Ball is coming off of one of his worst games as a pro - posting just two points and two assists with three turnovers in 27 minutes against Dallas last week, and a -28 mark on the floor.

Unsurprisingly, the Pelicans suffer from a lack of defensive leadership, after giving up Anthony Davis for Ball, Ingram and a slew of future prospects. The team ranks 29th in defensive efficiency - and without the injured Derrick Favors on the floor lacks a player averaging more than seven rebounds a night.

The play of veterans Jrue Holiday and JJ Redick have kept the Pelicans in a lot of games, but to begin winning coach Alvin Gentry will need to get better play from his team - at least until he can get Zion on the floor.

New Orleans is on an eight-game losing streak with tough games at Milwaukee and Philadelphia this week.

The Knicks failing grade reflects more on management than it does on coaching. After all, it's tough to grade coach Mike Miller based on one game in charge - a disheartening last minute loss to Indiana at home on Saturday. 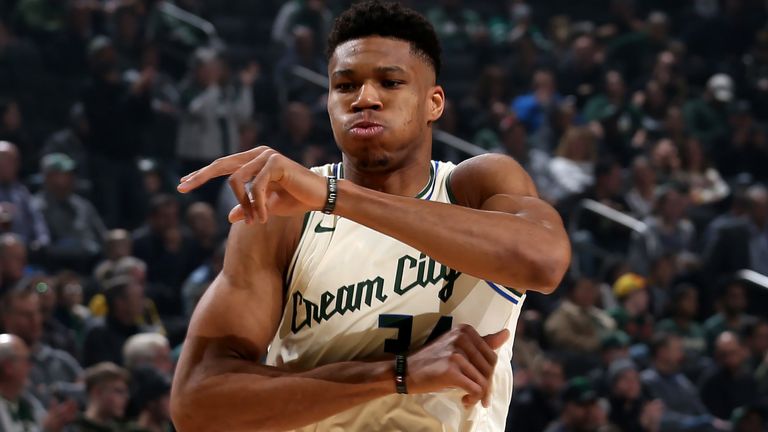 It was the Knicks' ninth straight loss, resulting in a 4-19 record. The team is on pace for its worst season in franchise history, and could surpass the 65-loss record posted last season.

No matter, Miller - who previously coached in the G-League and is not the same Mike Miller who played with LeBron James in Miami and Cleveland - stayed upbeat. He called the Knicks' effort "incredible" and even said the game was "fun to watch."

Still, the Knicks were much more competitive under Miller than they had been in recent games under David Fizdale, who was fired Friday. They chased after rebounds and loose balls throughout the fourth quarter, erasing an 11-point deficit and giving themselves a shot at overtime when Julius Randle was fouled while trying to put back the rebound of a scramble.

Prized rookie RJ Barrett has shown promise, but is shooting under 40 per cent from the field. Fizdale's coaching decisions left last year's promising youngsters Alonzo Trier and Kevin Knox II with reduced minutes; both will be hoping their nascent careers are revived under Miller's guidance.

Want to watch the NBA but don't have Sky Sports? Get the Sky Sports Action and Arena pack, click here