Nikola Jokic had 38 points, 11 rebounds and nine assists as the host Denver Nuggets overcame a playoff-record 12 three-pointers from Damian Lillard to beat the Portland Trail Blazers 147-140 in double overtime on Tuesday night. 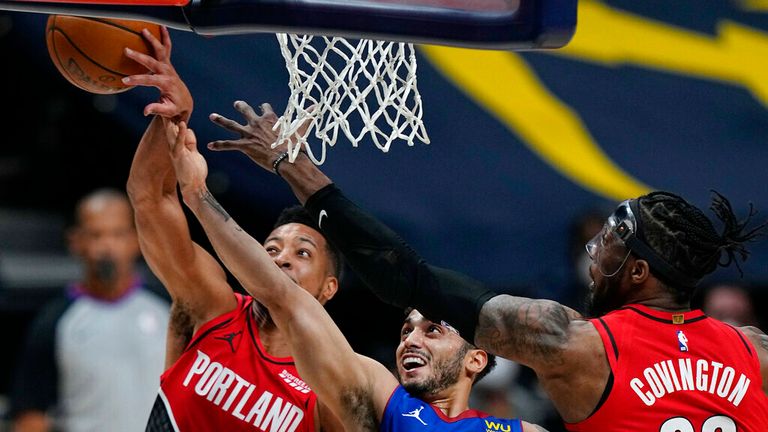 Highlights of the fifth game in the Western Conference first-round playoff series between the Portland Trail Blazers and the Denver Nuggets.

Lillard finished with 55 points and 10 assists and twice sent the game to extra periods on Tuesday night.

It was the first 55-point, 10-assist game in NBA playoff history and only the second 50+ point, 10+ assist game in the postseason since Russell Westbrook's 51 points and 13 assists for the Oklahoma City Thunder against the Houston Rockets in April 2017. 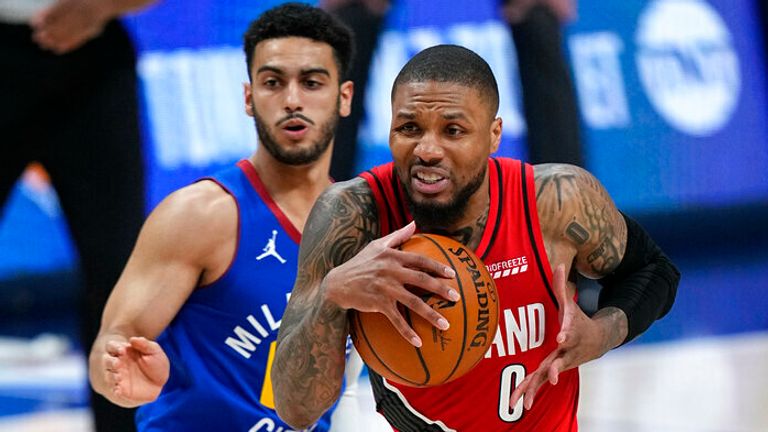 Damian Lillard dropped 55 points - including playoff record 12 threes - but it wasn't enough as the Trail Blazers lost to the Nuggets.

Monte Morris scored 28 points, Michael Porter Jr. had 26 points and 12 rebounds, Austin Rivers had 18 points and seven assists and Aaron Gordon 14 points and 10 rebounds for Denver, who took a 3-2 lead in the first-round series.

Game 6 is Thursday night in Portland.

Lillard's record-setting 3-pointer off the glass from 30 feet away put the Trail Blazers ahead 140-138 with 3:47 left in the second overtime.

Jokic tied it with a layup and, after misses by both teams, Porter broke the tie with a corner 3-pointer with 1:33 left off a long skip pass from Jokic.

Both teams missed two shots and McCollum turned it over with 10.2 seconds left. Morris hit two free throws and the Nuggets closed it out.

Morris hit two 3-pointers and Rivers another to put Denver ahead 132-123 with 2:14 left in the first overtime. Lillard converted a three-point play but Jokic hit a soft jumper in the lane to make it 134-126 with 1:52 remaining.

Lillard hit another 3-pointer from deep, Morris missed a layup and Lillard drained a 28-footer with 22.9 seconds left to make it 134-132. Morris split two free throws and Lillard sent it to a second overtime with another ridiculous 3-pointer. 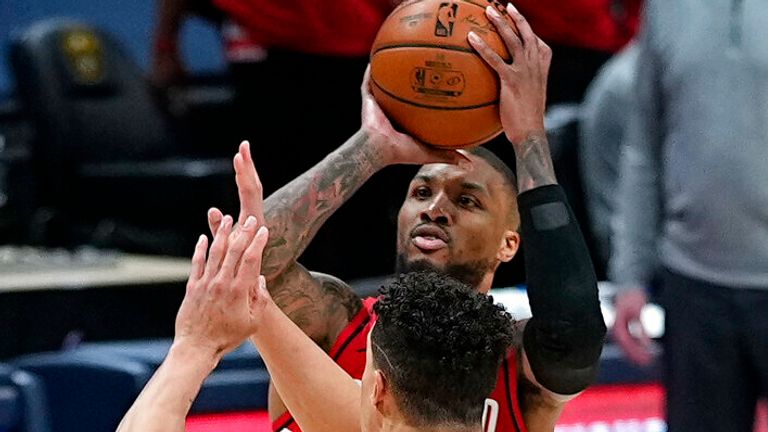 Check out the play of the day from Damian Lillard who hit this ridiculous step-back 3 to force double overtime.

The Trail Blazers took their first lead at 83-82 and headed into the fourth up 94-92. The Nuggets rallied to go ahead 103-98 on JaMychal Green's corner 3-pointer.

Morris hit two free throws but Lillard sent it into overtime with a 3-pointer with 3.7 seconds left.