"I'm fed up. I've had enough. We're going to play the game tonight. But I want every person here, every person listening to this, to think about your own child or grandchild, mother or father, sister, brother. How would you feel if this happened to you today?" - Steve Kerr 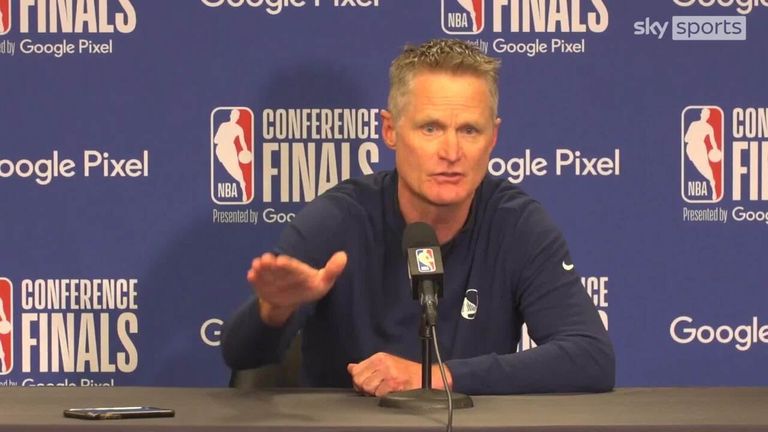 In Dallas, Steve Kerr, Steph Curry and Jason Kidd did not want to talk about basketball, LeBron James made no effort to hide his anger, while Jayson Tatum of the Boston Celtics, a young father, called the news "devastating."

The sports world reacted swiftly on Tuesday to the news of an 18-year-old gunman opening fire at an elementary school in Uvalde, Texas, and killing at least 19 children.

It was the deadliest shooting at a US grade school since a gunman killed 20 children and six adults at Sandy Hook Elementary in Newtown, Connecticut, almost a decade ago.

"We're going to play the game tonight. But I want every person here, every person listening to this, to think about your own child or grandchild, mother or father, sister, brother. How would you feel if this happened to you today?"

Kerr also urged Congress to mandate background checks for gun purchases before his team faced the Dallas Mavericks in Game 4 of the Western Conference finals.

Warriors' Curry paid tribute to Kerr's words, while also saying he "cannot imagine the pain" for the loved ones of those killed: "I appreciate his [Kerr] leadership. It was on everyone's mind coming into the game.

"It was kind of hard to stay focussed on knowing I'm playing basketball, and knowing what happened in this State (Texas). 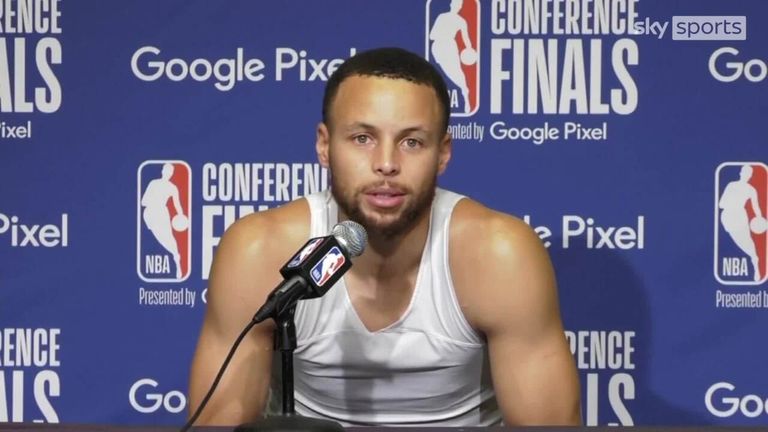 Golden State Warriors' Steph Curry gives his thoughts on Steve Kerr's impassioned speech to the press regarding the Texas school shooting and reflects on the unimaginable pain the family's are suffering.

"I can't even imagine the pain.

"For coach to come up here and say what he said - every word that he said was powerful, was meaningful. I accept that challenge to try to use my voice and platform to help hopefully make change.

"You could tell what it meant to him to come up in front of ya'll and use this microphone to say what he said. So I appreciate his leadership on that."

LeBron James Tweeted: "My thoughts and prayers goes out to the families of love ones loss & injured at Robb Elementary School in Uvalde, TX! Like when is enough enough man!!! These are kids and we keep putting them in harms way at school. Like seriously AT SCHOOL where its suppose to be the safest!"

"The news of what's happening, not just here in Texas but throughout our country, is sad." Mavericks coach Jason Kidd said.

Boston Celtics forward Jayson Tatum said: "Breaks my heart hearing this news, no parent should ever have to lose there child. Praying for the families of those kids and the teacher...this is devastating."

San Antonio Spurs, via Twitter: "Uvalde, There are no right words. Our hearts are with you and all of our neighbours impacted by today's horrific shooting."

Seattle Storm forward Breanna Stewart: "The unthinkable and unimaginable. As I look at my daughter my heart is hurting for all the lives lost and their loved ones. A parent's worst nightmare. Enough is enough. No more gun violence, no more terrorism. This is sickening."

Sports agent Rich Paul, who represents, among others, LeBron James: "When is enough going to be enough? Senseless killings , kids dying at the hands of a gun. Seeing so many kids get their hands on guns is painful! Schools aren't safe. Grocery stores aren't safe. Kids killing kids. Protecting gun laws cant be more important than saving lives."

"We mourn with their families and friends and the entire community after this unspeakable tragedy." Dallas Mavericks public address announcer Sean Heath, before the Warriors-Mavericks game.

From the world of NFL, Houston Texans, via Twitter: "To the victims, their families and the entire Uvalde community, you are held close to our hearts today and in the weeks to come."

Kansas City Chiefs quarterback Patrick Mahomes: "Has to stop man prayers to all the families in Texas."

New York Yankees pitcher Zack Britton: "When will we care about the protection of our children above everything else? Children shouldn't be gunned down in school. Its absolutely unacceptable that this is continuing to happen. These children represent our country's future, our hopes, our dreams."