Jayson Tatum: 'It's on me' as turnovers hamper Boston Celtics in Game 4 loss 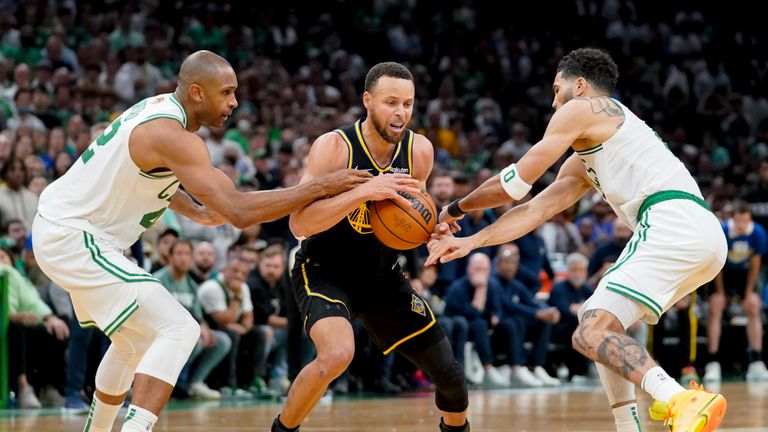 For three quarters, the Celtics responded to nearly every punch the Warriors threw at them.

But mistakes and an inability to beat back one final charge by Golden State in the fourth quarter cost Boston. Now, with the series tied, they find themselves in a best-of-three series with Game 5 set for Monday night at Golden State.

The team who have made resilience their calling card in must-win situations, will now have to do it one more time if they hope to win the franchise's 18th championship.

Tatum was disappointed with his performance, although he finished with 23 points, 11 rebounds and six assists. But he did not shoot the ball well - he was just 8-of-23 from the field - and had six of Boston's 16 turnovers which led to 19 Golden State points.

Boston have shown 16 is a number that more often than not leads to defeat. The Celtics are now 1-6 this postseason when committing 16 or more turnovers. When they commit 15 or fewer, they are 13-2.

"It's on me. I've got to be better," Tatum said. "I know I'm impacting the game in other ways, but I've got to be more efficient, shoot the ball better, finish at the rim better."

Marcus Smart said the Celtics did not play well at crunch time.

"We just didn't execute late down the stretch," said Smart, who scored 18 points. "They went on a run early on in the third. We sustained it, made a run of our own. After that we just couldn't execute."

The setback overshadowed a big night by Boston big man Robert Williams, who had seven points, 12 rebounds, four assists and two blocks before being forced to the bench as he appeared to hobble on his surgically repaired left knee.

He sat out the final 3:41 of the game, but coach Ime Udoka said he did not notice anything wrong with Williams and had not been informed of any issue.

Williams has been listed as day-to-day throughout the playoffs and how much he will be able to play in Game 5 will be a concern.

The Celtics seemed to be in control of Game 4 and destined to take a commanding lead in the series, hitting 15 three-pointers and responding to several scoring runs by the Warriors.

Things changed in the fourth as Boston's turnovers continued to mount. Then when they could not score late it the game, their fate was sealed.

The Celtics took a 94-90 lead with 5:18 left in the fourth before missing their next six shots. Golden State took advantage, scoring 10 straight points and never trailed again. 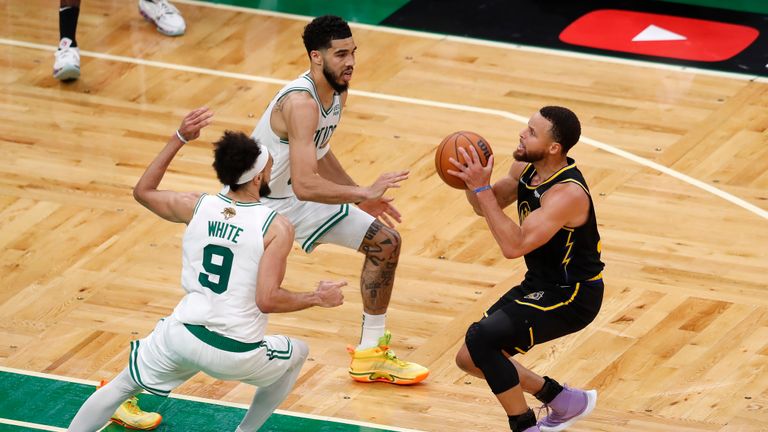 Boston were outscored 28-19 over the final 12 minutes.

Udoka said his team got caught ball watching at times and it had an effect on how the ball moved in the half court.

"We had plenty of opportunities, obviously. Every time we got a five-, six-point lead, it felt like we made some poor decisions," Udoka said. "Whether it was rushed shots in traffic or .... standing around and looking at each other a little bit there."

If there is a solace for the Celtics, it is that they are 7-0 this postseason following a loss.

"There's certain things we've got to clean up. Would we have liked to have won today and be up 3-1? That would have been best-case scenario," Tatum said. "But it's the Finals. The art of competition, they came here feeling like they had to win. It wasn't easy. I think that's kind of the beauty of it, that it's not going to be easy. It shouldn't be."

Watch the NBA Finals exclusively on Sky Sports - see the list of games here and subscribe to watch the live action.