The New Orleans Pelicans travel to Detroit to face the Pistons on NBA Primetime - watch live on Sky Sports Arena on Sunday night at 8.30pm.

As the new home of the NBA in the UK, Sky Sports are showing more than 170 live games across the season, including 42 in the weekend primetime slots.

That slate continues this weekend on Sunday...

Western Conference strugglers the New Orleans Pelicans bid to get their season back on track when they travel to face the Detroit Pistons.

Despite having a legitimate MVP candidate, Anthony Davis, in their ranks, the Pelicans have been inconsistent to date and currently sit outside the Western Conference playoff places in 11th with a 13-14 record.

Though dominant at home, the Pelicans have struggled mightily on the road, winning just three of their 13 away games so far. 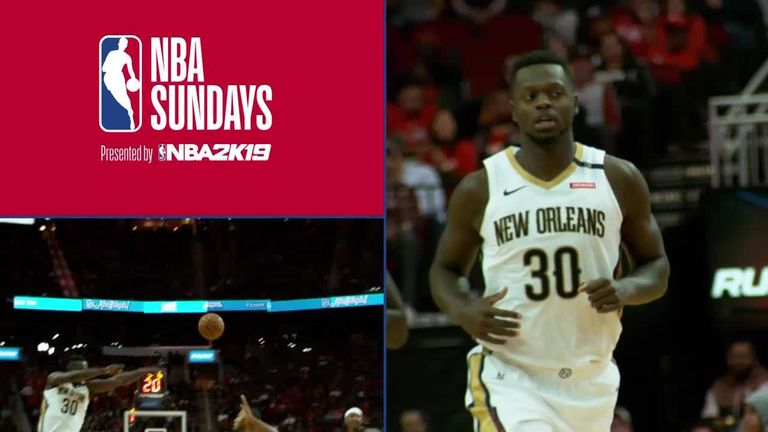 The New Orleans Pelicans visit the Detroit Pistons on NBA Primetime, live on Sky Sports Arena on Sunday at 8:30pm

The Pistons have taken advantage of a home-heavy run of fixtures (13 of their 22 games have been played at home) to start the season in good form.

Led by Blake Griffin and Andre Drummond, the Pistons sit fourth in the Eastern Conference with a 13-10 record.

The momentum they generated from a 111-102 December 2 victory over the Golden State Warriors was squandered in two heavy defeats against the Oklahoma City Thunder and the Milwaukee Bucks.

Sky Sports is the new home of the NBA in the UK with live coverage throughout the week, including at least three showcase games across the weekend