Malik Monk threw down a vicious slam dunk as the Charlotte Hornets thrashed the Orlando Magic on New Year's Eve.

Monk's highlight of the night came in the final minute of the first quarter as Hornets' center Willy Hernangomez scrambled to gather a loose pass in the paint.

As Magic defenders Mo Bamba and Terrence Ross tried and failed to beat Hernangomez to the ball, Monk cut to the basket from the three-point line leaving Wesley Iwundu trailing in his wake.

Hernangomez found Monk with a smart pass, giving the unattended Hornets' guard plenty of time to wind up and hammer home a vicious slam.

Want to watch the NFL or NBA on the Sky Sports USA channel? Learn more here 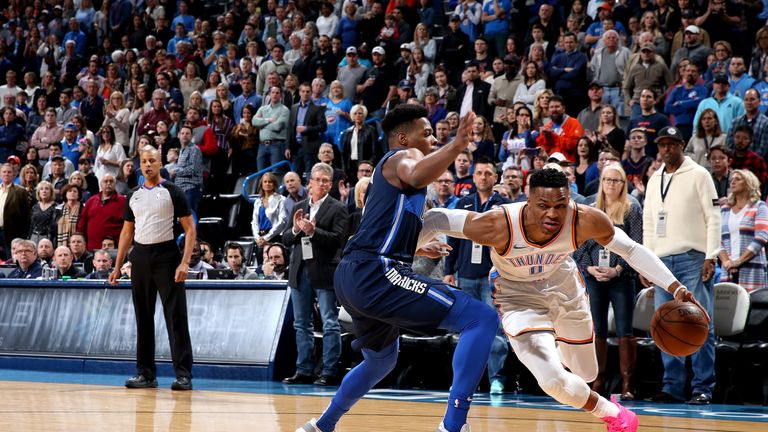 Check out the top five plays from New Year's Eve in the NBA.

Sky Sports is the home of the NBA in the UK with live coverage throughout the week, including selected live games free to all Sky subscribers via Sky Sports Mix. www.skysports.com/nba will be your home for news, reports, video and features throughout the season while you can follow us @SkySportsNBA