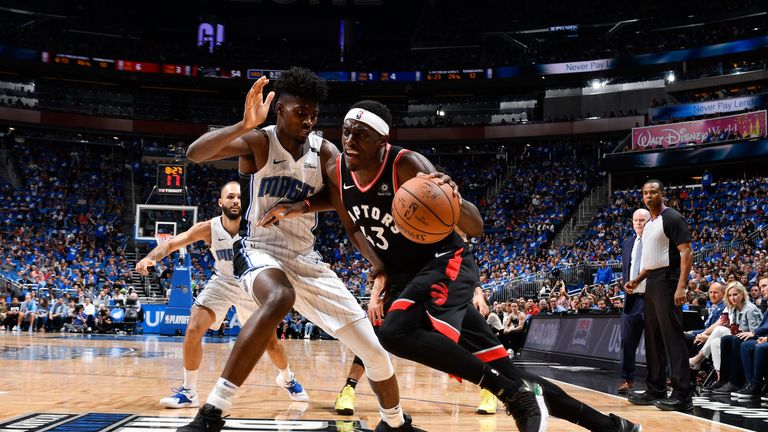 Pascal Siakam scored a playoff-career-best 30 points and grabbed 11 rebounds on Friday night as the visiting Toronto Raptors defeated the Orlando Magic 98-93 to take a 2-1 lead in a first-round Eastern Conference playoff series.

How do the eight first-round series currently stand?

Game 4 in the best-of-seven series is Sunday in Orlando.

The Raptors opened their biggest lead of the game, 17 points, with 7:48 to play in the fourth quarter on a three-pointer by Lowry.

Watch Denver Nuggets take on San Antonio in Game 4 via a free live stream on Saturday at 10:30pm

The Magic came back to cut the deficit to seven on a three-pointer by Evan Fournier with 3:56 remaining.

Leonard's jumper increased the lead to nine, but Ross answered with a triple with 2:44 left. Ross made a lay-up to cut the margin to 94-90.

Siakam's jumper gave Toronto a six-point lead with 1:33 left. Ross cut the lead to three with a three-pointer with 42.4 seconds left. Leonard made two free throws with 12.9 seconds remaining to seal the win.

The Raptors scored the first 10 points of the game and were ahead by as many as 11 before settling for a 26-21 lead after the first quarter.

The Warriors visit the Clippers in Game 4 on NBA Primetime - watch live on Sky Sports Arena on Sunday at 8:30pm

Toronto led by 10 early in the second quarter before Orlando went on a 7-0 run capped by a lay-up and free throw by Ross with 8:11 remaining. Ross' three-pointer had Orlando within one point with 4:47 left in the half.

The first half ended with Ross hitting a 41ft three-pointer after Isaac's steal on Leonard's fifth turnover of the game to cut Toronto's lead to 48-45.

The Raptors took a seven-point lead early in the third quarter, but Vucevic made his second straight three-pointer with 6:37 to go for Orlando's first lead of the game, 59-57.

The Raptors used a 16-0 run capped by Siakam's bank shot and free throw to go ahead by 15 points.