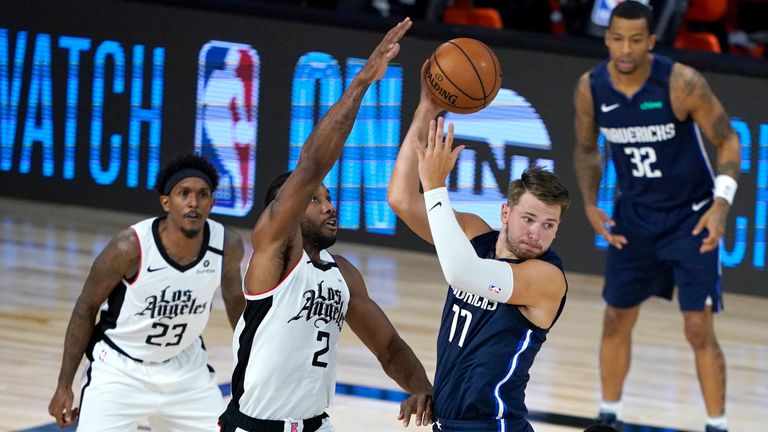 After an exciting couple weeks of Seeding games, the playoffs are finally upon us!

The 2019-20 NBA playoff bracket is set and you can watch the opening exchanges from the first-round match-ups live on Sky Sports.

The postseason action begins on Monday, August 17, with four first-round series - two from the Eastern Conference, two from the West - getting underway.

On Tuesday night, Chris Paul will face the team that traded him away last summer when the Oklahoma City Thunder take on the Houston Rockets, live on Sky Sports Arena at 11:30pm.

Over the next seven days, you will be able to watch a live game every day, several of which are scheduled in evening primetime slots.

In addition, non-Sky subscribers can get a taste of the action from the Indiana Pacers-Miami Heat series at 8:30pm on Saturday, August 22 via a free live stream of Game 3 available on skysports.com, the Sky Sports app and Sky Sports' YouTube channel.

More live games will be announced as the first-round series develop.

Sky Sports will show a total of 30 live games across the first two rounds of the playoffs.