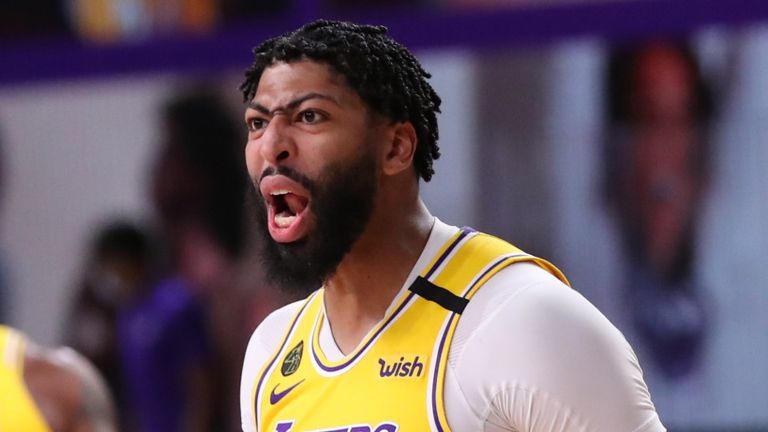 After scoring 31 points and 11 rebounds in Game 2, Anthony Davis said the Lakers have a chance to do something special in the playoffs

Anthony Davis said the Los Angeles Lakers "have a chance to do something special" after scoring 31 points to lead his team to a Game 2 victory over the Portland Trail Blazers.

After losing Game 1 on Tuesday, the Lakers restored parity in the first-round series with a resounding 111-88 win on Thursday night.

Davis made 13 of his 24 shots, including 3-of-4 from three-point range, and pulled down 11 rebounds.

"We have got a chance to do something special this year," Davis said. "All LeBron (James) and (Rajon) Rondo talk about is, 'it doesn't come around often', when you have a great team that can compete for a championship. We want to take advantage of our opportunities and this team we have and try to reach our goal - that's to win. After being upset in the series opener, Davis revealed the Lakers fell back on a mantra that has motivated them all season and led them to the No 1 seed in the Western Conference.

"You never want to go down 0-2 in a series. Our mantra this entire season has been 'never lose two in a row' - that was our mindset coming into the game," he said.

Davis was asked about the keys to limited Portland's high-scoring offense and said: "Stopping Dame (Lillard) and CJ (McCollum). Those two guys can get going at any time and our bigs and guards did a great job of containing them.
They got to the [free throw] line a lot in Game 1, especially early and then got going. 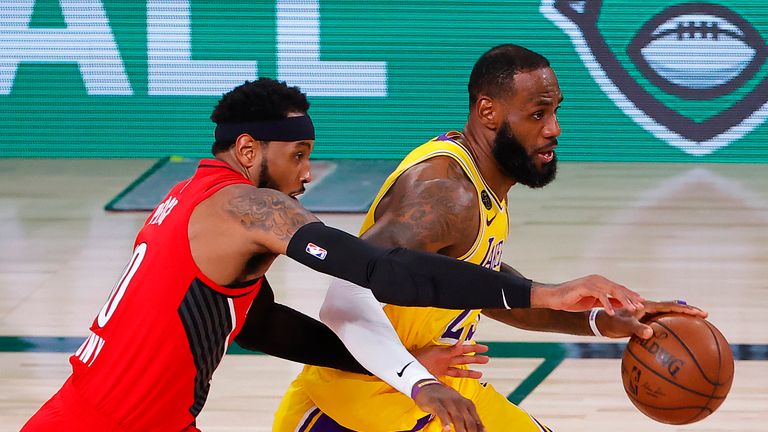 "We tried to limit their free throw attempts and their threes. We tried to make them beat us with twos and we did a good job of that tonight. We have got to have that same defensive effort for the rest of the series."

Davis, whose limited playoff experience came as a member of the New Orleans Pelicans, admitted he is enjoying playing for a title-contending team in the postseason.

"We have got a chance to win [the championship]," he said. "We try to go out and do things other teams can't do. We have such a talented team and we still try to play scrappy. When you have a team that is talented and can play scrappy, it is very tough to beat them."