The Toronto Raptors wrapped up a 4-2 series win over the Dallas Mavericks, while a Jamal Murray-inspired Denver Nuggets continued their comeback to force a Game 7 against the Utah Jazz. 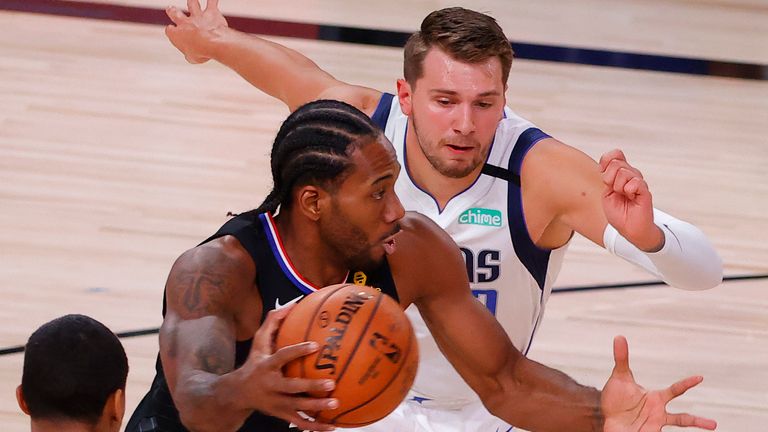 Highlights of Game 6 of the Western Conference first round playoff series between the Los Angeles Clippers and the Dallas Mavericks.

Kawhi Leonard led the Clippers with 33 points, 14 rebounds and seven assists as they finished the job against the Mavericks with a 111-97 victory in Game 6 to reach the second round of the Western Conference playoffs, where they await the winner of the Utah Jazz-Denver Nuggets series.

Luka Doncic had 38 points, nine assists and nine rebounds for the Mavericks, for whom Dorian Finney-Smith added 16 points and Tim Hardaway Jr. chipped in 10.

Clippers forward Marcus Morris Sr., who had nine points, was ejected late in the first quarter after being whistled for a flagrant-2 foul on Doncic. Morris slapped Doncic on the head as the latter drove to the bucket, with the two having had heated exchanges throughout the series.

Dallas rallied from a 23-point, third-quarter deficit, pulling to within 88-82 on Doncic's three-pointer with 9:28 left in the fourth. But Los Angeles regrouped and pulled away behind the play of Leonard and Reggie Jackson, who sank four three-pointers in the final quarter and finished with 14 points.

The Clippers led 57-51 at the break having limited the Mavs to two fields goals in the final 5:14 of the half, before opening the second half with a 20-3 surge that was capped by Leonard's three-point play to make it 77-54. 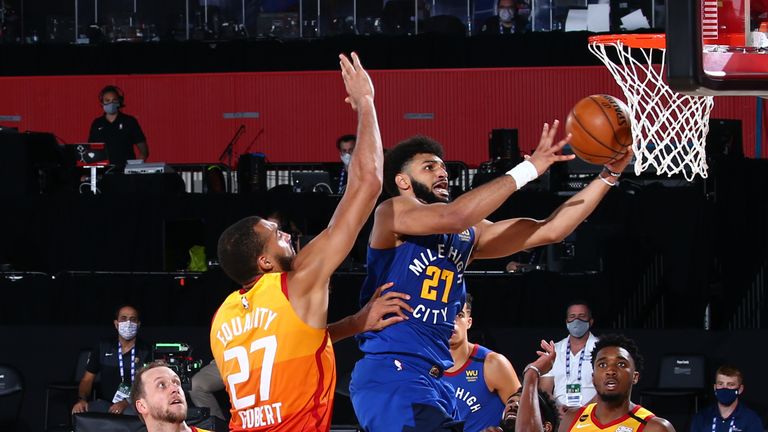 Highlights of Game 6 of the Western Conference first round playoff series between the Denver Nuggets and the Utah Jazz.

Murray exploded for a game-high 50 points, including 14 in a second-quarter turnaround that propelled the third seeded Nuggets to a 119-107 victory over the sixth-seeded Jazz, forcing a Game 7 that is scheduled for Tuesday.

In scoring 50 for the second time in three games, Murray won a second consecutive duel with Jazz counterpart Donovan Mitchell, who poured in a team-high 44 points, his third time over 40 in the series.

The Jazz, who earlier held a 3-1 lead in the series, bolted out of the gate behind Mitchell's eight early points to lead 23-14. Their advantage was as many as 10 before Murray led the Nuggets' go-ahead surge in the second period, during which Denver went up by as many as 10.

Utah got within one three times in the third period and hung within 91-85 after a three-point play by Mitchell with 8:03 still to go. But Nikola Jokic bombed in a three-pointer, his third of the game, and the Nuggets were able to keep the Jazz at arm's length the rest of the way.

Murray shot nine for 12 on three-pointers, matching his playoff career-high for treys set during his initial 50-point outburst in Game 4. He connected on 17 of his 24 shots overall.

Jokic complemented the guard's effort with 22 points and a game-high nine assists, while Jerami Grant added 18 points, and Monte Morris 10. Backup Michael Porter Jr. snatched a game-high 12 rebounds, while regular starter Gary Harris (hip) saw his first game action since before the restart with four points in 21 minutes off the bench. Jayson Tatum and Marcus Smart scored 21 points apiece to lift the Boston Celtics to a 112-94 victory over the Toronto Raptors in the opener of their Eastern Conference semi-final series.

Kyle Lowry had 17 points and Serge Ibaka added 15 for the Raptors, who saw their eight-game winning streak come to a halt.

Game 1 of the seven-game series had originally been scheduled for Thursday before player protests related to the police shooting of Jacob Blake in Wisconsin pushed back the NBA schedule.

The Celtics never trailed in Game 1 and led the Raptors by 19 points in the opening quarter before a buzzer-beater from Walker put them up 59-42 at the break.

Boston's advantage reached 21 at 65-44 following back-to-back three-pointers from Brown and Walker early in the third and after a 10-2 run from the Raptors Tatum nailed a stepback jumper as time expired to put the Celtics 88-73 ahead entering the fourth. The Celtics went up 100-79 with 6:26 left and led by 24 points down the stretch.