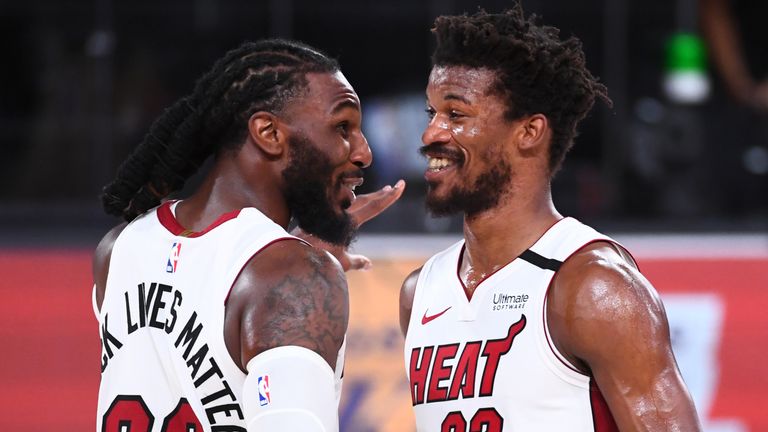 Jimmy Butler said the Miami Heat 'like being the comeback kids' after rallying from 17 points down to beat the Boston Celtics and take a 2-0 lead in the Eastern Conference Finals.

Down by 14 in Game 1, the Miami Heat found a way. Down by 17 in Game 2, they did it again on Thursday night. And after making the Boston Celtics lose another big lead on the court - as well as their cool in the postgame locker room - the Heat are two wins away from the NBA Finals.

Goran Dragic scored 25 points, Bam Adebayo led a big third-quarter rally to finish with 21, and the Heat pulled off another comeback to beat the Celtics 106-101 and take a 2-0 lead in the Eastern Conference Finals. 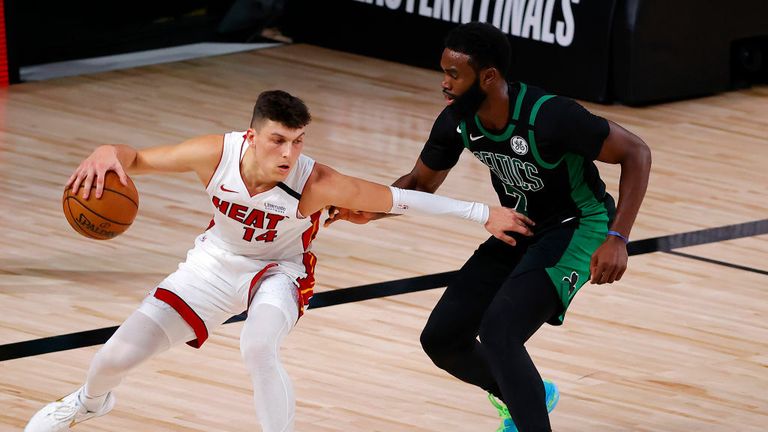 "We like to make it hard on ourselves," Butler said. "We like being down double-digits and being the comeback kids." 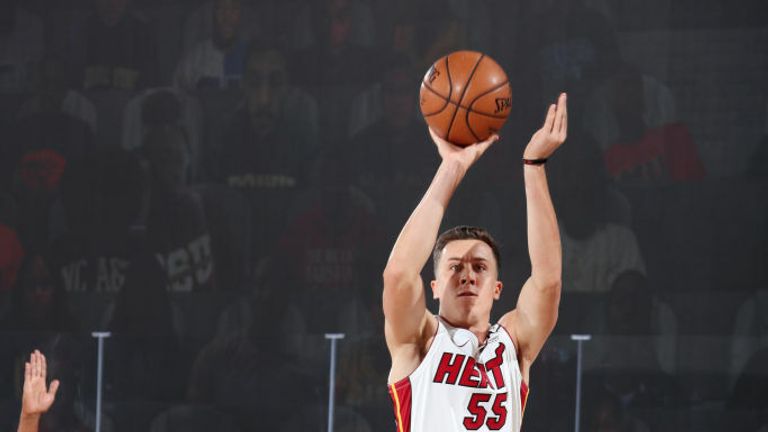 Duncan Robinson scored 18 points, Jimmy Butler had 14, Jae Crowder 12 and Tyler Herro 11. The Heat were down by 17 in the second quarter and trailed by 13 at half-time. They had been 0-21 in playoff games when trailing by at least that many at intermission. They are 1-21 now, and two wins away from their first NBA Finals since 2014. The team said the 17-point comeback matched the biggest in Heat postseason history.

Kemba Walker had 23 points for Boston, who got 21 apiece from Jaylen Brown and Jayson Tatum. Brown missed a corner three that would have tied the game with 15 seconds left, and Butler sealed it with two free throws with 7.4 seconds remaining.

The Celtics had a loud, animated conversation in their locker room postgame, the walls unable to hold in the sound.

ESPN's Malika Andrews tweeted: "Marcus Smart is screaming at someone in the Celtics locker room - or several people. The yelling continues as Smart leaves the locker room, swearing."

Boston tried to downplay whatever was happening afterwards.

Added Tatum: "We are frustrated. But that is team sports. Not supposed to be happy we are down 0-2. But that's nothing out of the ordinary. Just talking about the game. It's cool."

Dragic, playing on the third anniversary of his fondest basketball moment (he led Slovenia to the 2017 EuroBasket Championship) scored nine points in the fourth quarter. "Feels exactly the same," Dragic said, when asked to compare Slovenia's golden moment to the Heat win on Thursday. "A great day."

"He's a winner, man," Butler said of Dragic. "That's my guy. 'Zoki' and 'Goki', that's me and him. That's our nickname together. I'm glad that he is on my team. He's so smart. Doesn't care about stats. He just wants to win, and I think that everybody overlooks that. He is huge and he has been all year. He is our leader.

The Heat took a 2-0 series lead for the 11th time in coach Erik Spoelstra's tenure. They have won all previous 10 instances.

The Heat got in big trouble in the series opener by scoring 18 points in the first quarter and 16 points in the third. In Game 2, another 18-point quarter - the second - sent Boston into the half up comfortably, 60-47. 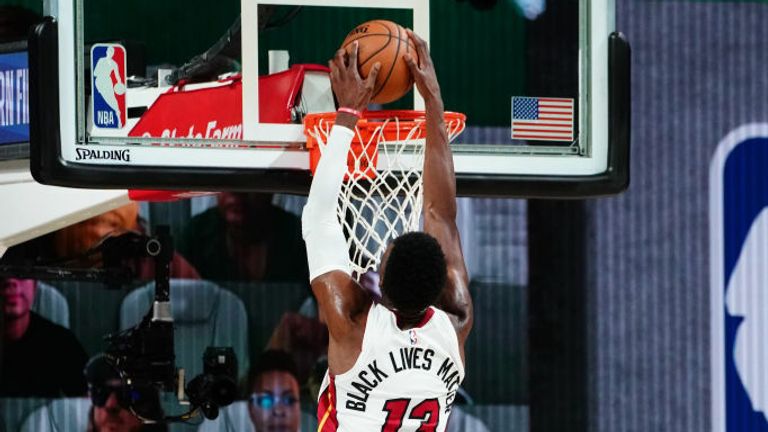 And then it all changed.

Miami outscored Boston 37-17 in the third quarter, with Adebayo outshooting and nearly outscoring the Celtics by himself. Boston went 4-for-12 from the floor in the quarter, Adebayo went 7-for-8 on his way to a 15-point period and the Heat led 84-77 when it was over.

"We pulled apart and we didn't play well," Celtics coach Brad Stevens said. "And they did a good job. We are not beating this team if we're not completely connected on both ends of the court. So, got to get back to being that, which we have been at times. But right now, they are a better team. We're going to have to fight to get back in this series."

Boston showed some fight in the fourth. They went on a 15-2 run, silencing the Heat for nearly seven minutes and going up 94-89 on a three-pointer by Walker with 4:25 left. 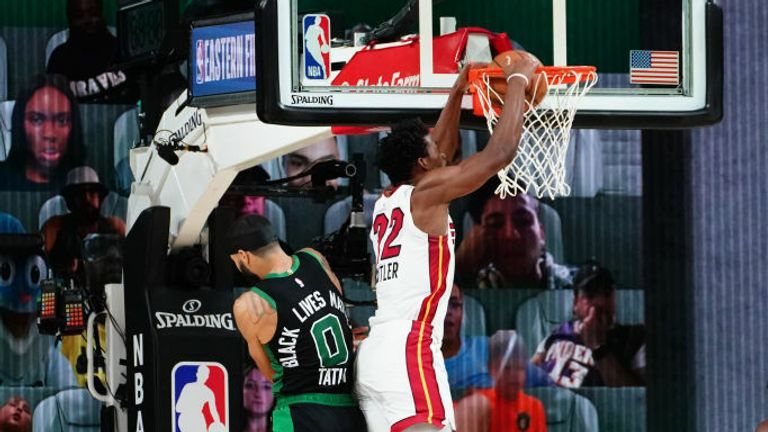 That only set the stage for another Heat rally: Miami finished the game on a 17-7 run.

"I think I did that on the defensive end, Goran, and everybody else did that on the offensive end but my job tonight was to guard and play those passing lanes, keep the energy level high and do what I can to help win. You know, make a play on the ball, keep the ball in-bounds and then my team-mates will handle the rest."