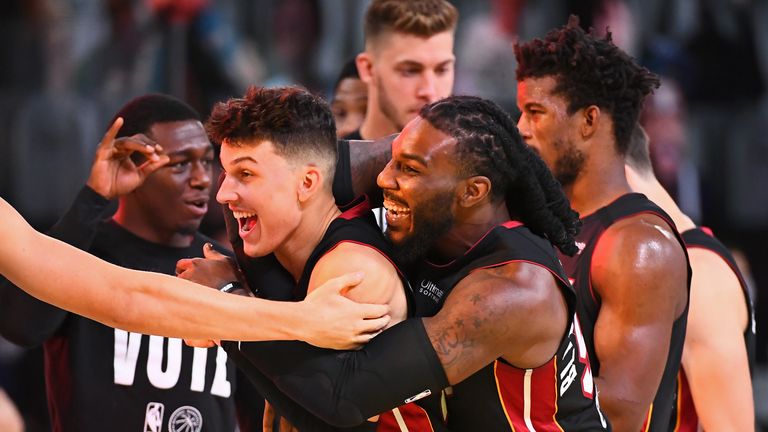 Tyler Herro exploded for 37 points on 14-of-21 shooting with five threes, seven rebounds, three assists and one turnover versus Boston in Game 4 of the Eastern Conference Finals

Head coach Erik Spoelstra said Tyler Herro has a "fearlessness that is uncommon" after the 20-year-old rookie erupted for 37 points in the Miami Heat's 112-109 Game 4 win over the Celtics,

Herro should still be in college. He's not, but is still a student.

He carries a red spiral-bound notebook with him at all times, jotting down notes when things pop into his head. What worked, what didn't, where he thinks he can get better and how he is feeling after a game.

"It helps me get locked in, helps me focus," Herro said.

Whatever he read on Wednesday night helped him put together the game of his life - and carry the Miami Heat a win away from the NBA Finals. The 20-year-old Herro's 37-point performance was a Heat rookie-record 37 points and propelled Miami to a 3-1 lead in the best-of-seven Eastern Conference Finals. 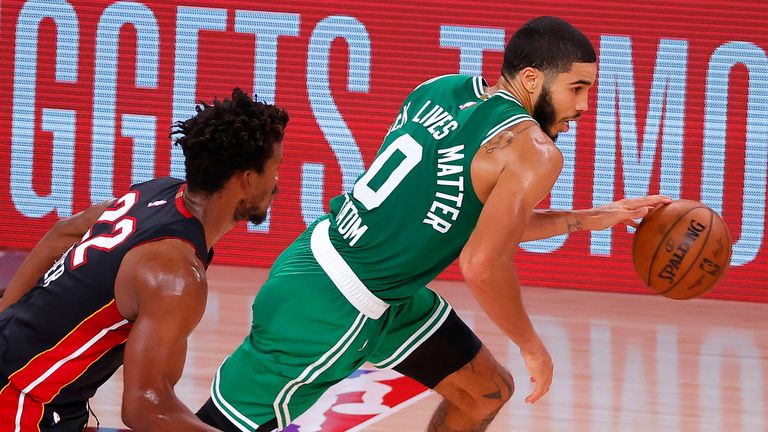 "He has a great competitive humility about him," Heat coach Erik Spoelstra said. "He has a confidence. He has a fearlessness that is uncommon. But he is humble enough to work, to be coachable, to take the mentorship from the veteran players that we have on our team, and he just continues to gain more confidence as we go."

Herro made 14-of-21 shots from the floor, 5-for-10 from three-point range and became just the second 20-year-old in NBA playoff history to score at least 37 points in a game. The other: Magic Johnson, who had 42 in Game 6 of the 1980 NBA Finals for the Los Angeles Lakers. 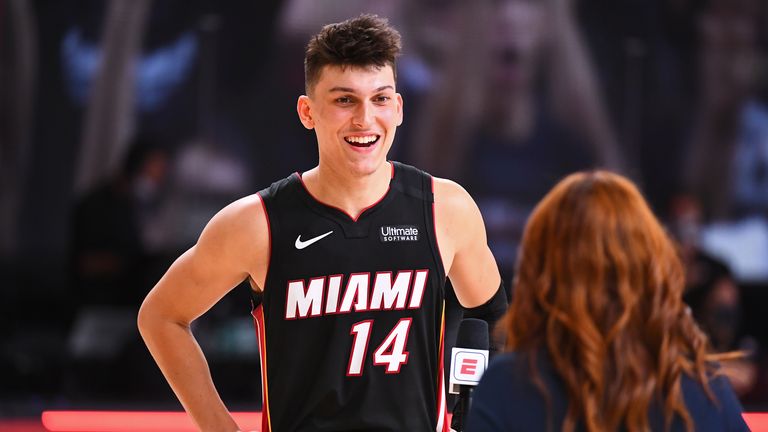 Jimmy Butler scored 24 points, Goran Dragic added 22 and Bam Adebayo - dealing with a bit of shoulder soreness - had 20 points and 12 rebounds to help the Heat take a 3-1 lead in the best-of-seven series. They can close it out in the early hours of Saturday morning (1:30am) in Game 5, live on Sky Sports Mix (Ch 416).

Jayson Tatum scored all 28 of his points in the second half for the Celtics. They erased a double-digit deficit to take a one-point lead in the fourth - then saw the Heat run away again. Jaylen Brown scored 21 points, Kemba Walker added 20, Gordon Hayward had 14 and Marcus Smart finished with 10 points and 11 assists.

"I didn't score in the first half. That's unacceptable," Tatum said. "I know I have to play better. That's what I tried to do."

Brown's three-pointer with 16 seconds left cut Miami's lead to 107-104. Herro went to the line 2.1 seconds later and coolly swished a pair, stretching the lead back to five. The Celtics got within two points twice, Butler made a free throw with 1.1 seconds remaining, and Boston - out of timeouts - never got a desperation shot off.

"At the end of the day, we got to find a way," Walker said. "That's really all we can do. We can do it. It's about pride. It's about wanting to do it. Next game we got to come out and show that."

The Heat's rookie playoff record was 27 by Dwyane Wade in 2004; it now belongs to Herro, who scored 17 points in the fourth alone. 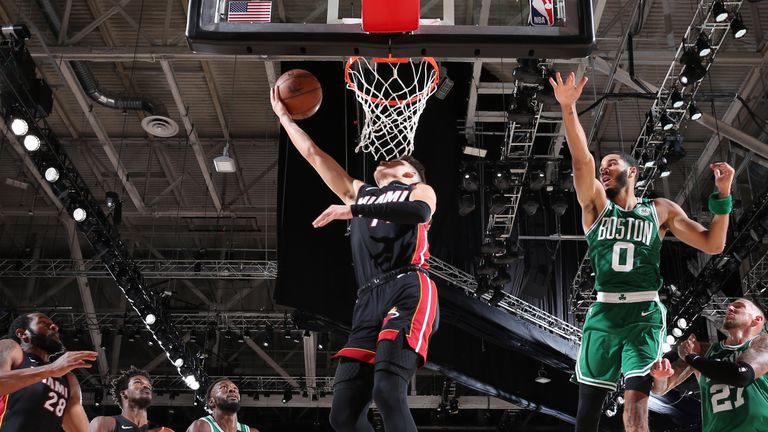 "Herro's shot-making tonight was… the difference in the game," Celtics coach Brad Stevens said. "Jimmy (Butler) was great late. Adebayo was his typical self. Dragic made some big plays. But Herro was ridiculously good tonight. That rim must have looked like the ocean to him."

Speaking on NBA TV following the Heat's victory, former NBA player Caron Butler said: "The Heat were looking for a hero in this game. I felt like Tyler Herro really stepped up and came into his own. He is from my home state of Wisconsin and I have watched him grow up over the years. Now he is performing on the biggest stage, knocking down shots, not afraid of the moment, stepping right into the moment and making a name for himself.

"And he did it with different facets of his game: shot, jumpers, he did it from the outside and the inside. He hit a huge cut shot when Jimmy Butler found him going to the basket to really seal the deal for the Miami Heat."