Jimmy Butler said the Heat's Game 3 win over the Lakers, in which he posted a spectacular 40-point triple-double, showed Miami belong on the NBA Finals stage.

Biggest moment of his career. Best game of his life.

Jimmy Butler is clearly not ready to go home quite yet. With a triple-double, he joined NBA Finals lore - and the short-handed Miami Heat might have made this title match-up a series after all. Butler finished with 40 points, 11 rebounds and 13 assists as the Heat beat the Los Angeles Lakers 115-104 on Sunday night to halve their series deficit to 2-1. They did so without starters Bam Adebayo and Goran Dragic, both still unable to play because of injury.

By the time the final ticks flipped off the game clock, Butler had racked up 40 points, 11 rebounds and 13 assists - just the third 40-point triple-double in NBA Finals history. He joins Jerry West (1969) and LeBron James (2015) as the only players to do so.

"Jimmy was phenomenal," James said. "He did everything they needed for him to do tonight. He came through big time in a big-time game."

For Butler, his gaudy individual numbers paled in comparison to his team scoring their first victory of the series. 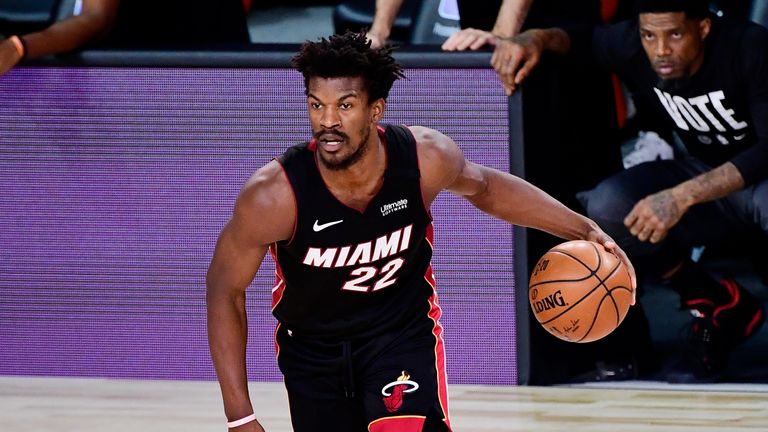 "I don't care about the triple-double, I really don't," he said. "I want to win. We did that. I am happy with the outcome.

"We realise that we belong. [The Lakers] can be beat as long as we do what we are supposed to do. Come the next game, I know they are going to be so much better. We have got to be able to match that energy.

"I think guys are starting to realise how much we belong on this stage and that we are in the Finals for a reason. When we get our two guys [Adebayo and Dragic] back, they are going to make everybody's job a lot easier, including mine. I am excited, but we have still got to play better moving forward." 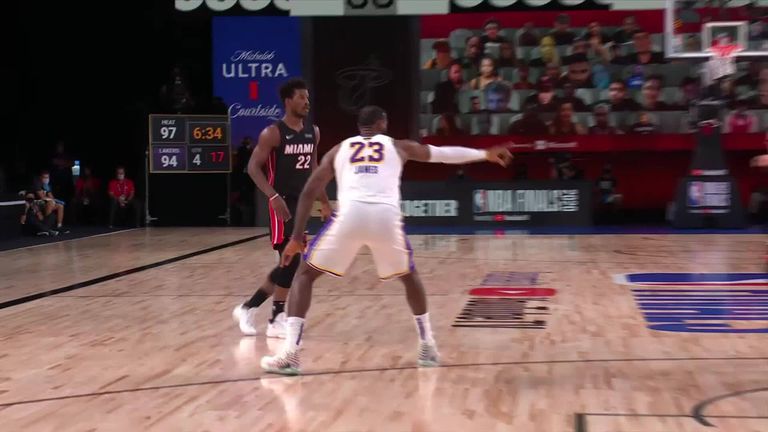 Whenever the Heat looked ready to pull away and grab control of Game 3, the Lakers always found a way to find their best gear. They fought back from 13-, 14- and 12-point deficits but could not respond when Butler, simply unwilling to let his team go down 3-0, landed the final punch with a floating bank shot with 73 seconds remaining.

"I wasn't surprised, we know how Jimmy is in these moments," Heat rookie Tyler Herro said. "He just played tremendous for us, he did everything. He ran the offense, made play after play, bucket after bucket. Defensively, guarding LeBron, he made it tough on him. Being a leader out there, and we all followed him." That praise for Butler was echoed by Heat coach Erik Spoelstra in his post-game interview.

"It is hard to describe Jimmy before you feel him between the four lines [of the court]," he said. He was doing at both ends of the court, putting his imprint on every important part of the game.