Montrezl Harrell posted career highs with 18.6 points, 7.1 rebounds and 27.8 minutes per game in 63 games before the interruption of this past season; Three-time NBA Defensive Player of the Year Dwight Howard won his first championship with the Los Angeles Lakers last season

The Los Angeles Lakers quickly moved on from the reported loss of back-up big man Dwight Howard, agreeing to a two-year contract with NBA Sixth Man of the Year Montrezl Harrell.

According to reports, the Lakers were close to a deal with Harrell, a standout with LA's crosstown rivals, the Clippers.

Howard has reportedly agreed to a one-year, $2.6m deal with the Philadelphia 76ers.

Harrell posted career highs with 18.6 points, 7.1 rebounds and 27.8 minutes per game in 63 games (two starts) before the interruption of this past season.

He didn't play in any regular-season games after the resumption of play due to the death of his grandmother, after which his production slipped to 10.5 points, 2.9 rebounds and 18.7 minutes per game during the playoffs.

Harrell, 26, was a second-round pick by Houston in 2015 and played two seasons with the Rockets before joining the Clippers as part of the June 2017 trade that sent All-Star guard Chris Paul to the Rockets.

The acquisition of Harrell comes on the heels of the Lakers' reported trade pick-up of guard Dennis Schroder from Oklahoma City. Schroder finished second in last season's Sixth Man of the Year voting. 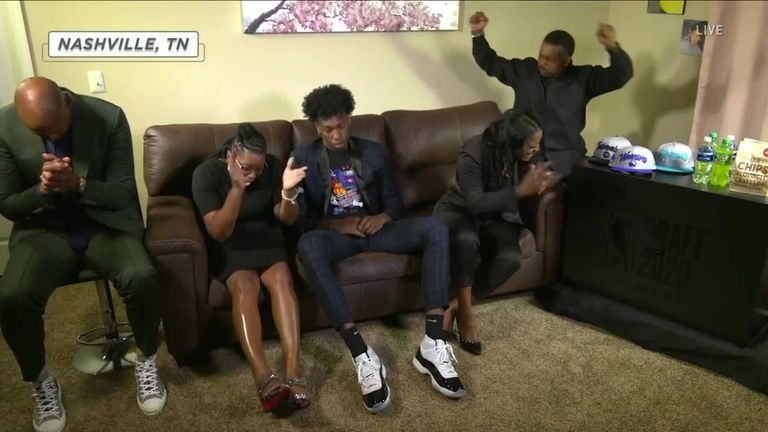 Now he'll try to help the Philadelphia 76ers win their first since 1983. Howard's agent Charles Briscoe confirmed to ESPN that the center agreed to a one-year contract worth with the 76ers on Friday.

ESPN reported that the deal is for the veterans' minimum of $2.6m.

Philadelphia will be the 2004 No 1 overall pick's eighth different team. (Howard has two stints with the Lakers).

However, Howard's path to Philadelphia wasn't a direct route. About an hour after NBA free agency started at 11pm (UK time) on Friday, Howard tweeted that he was staying with the Lakers.

"I'm staying right where I belong," Howard posted on his Twitter account. "Laker nation I love y'all. Purple and gold never gets old." Howard deleted that tweet shortly after it was posted.

Howard's addition to the 76ers roster is part of an offseason reworking of the organisation that started with the hiring of Doc Rivers as head coach and then Daryl Morey as president of basketball operations.

Morey started to alter the roster to his liking when he traded Josh Richardson and the draft rights to Tyler Bey to the Dallas Mavericks for sharpshooting Seth Curry, and he dealt big man Al Horford and draft picks to the Oklahoma City Thunder for guard Danny Green.

Danilo Gallinari is set to become the latest Thunder veteran to switch shirts after his agent announced he has come to an agreement with the Atlanta Hawks.

The 32-year-old Italian will follow veterans Chris Paul, Kelly Oubre Jr and Ricky Rubio out the Oklahoma City door, and will sign a contract worth $61.5m over three years.

The Houston Rockets are set to acquire free agent Christian Wood in a sign-and-trade deal with the Detroit Pistons, ESPN and the Houston Chronicle reported on Friday.

The 6ft 10 forward/center reportedly would receive a three-year, $41m contract. He would move from Michigan to Texas as part of the trade that sent Trevor Ariza and the No 16 pick in the Wednesday draft (University of Washington forward Isaiah Stewart) to Detroit in exchange for a future first-round pick, according to the Chronicle.

However, after the Pistons traded center Andre Drummond to the Cleveland Cavaliers on February 6 and installed Wood in the starting lineup, Wood responded by averaging 22.8 points and 9.9 rebounds in the remaining 13 games of the season.

Wood joins a Houston roster that is overshadowed by uncertainty amid whispers that the team's two superstars, guards James Harden and Russell Westbrook, are hoping to move elsewhere.