Los Angeles Clippers bounce back after historic loss on Sunday against Dallas Mavericks to beat Minnesota Timberwolves 124-101 to top Western Conference, where there were also wins for Phoenix Suns and Sacramento Kings 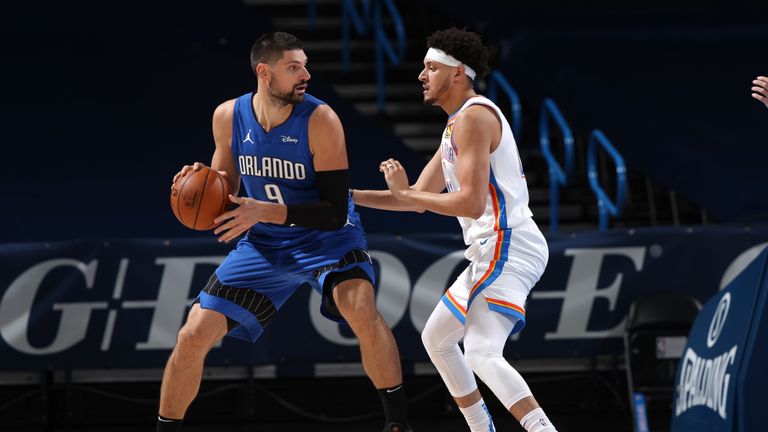 Nikola Vucevic scored 28 points to lift Orlando to a 118-107 road win over the Oklahoma City Thunder on Tuesday night, and the Magic improved to 4-0 for the first time in their 32-year history.

The Magic are one of only two undefeated teams in the NBA, along with Atlanta Hawks. They started 3-0 just three previous times before this season.

Shai Gilgeous-Alexander had 23 points, seven rebounds and seven assists for Oklahoma City, which lost its second home game in two nights after winning its opener at Charlotte.

The Thunder had won their last five games (and 15 of 18) against the Magic.

Dwayne Bacon went 9 of 10 from the field and scored 18 points to go with eight rebounds for Orlando, which surpassed the 110-point mark for the fourth straight game.

After the Thunder tied the score at 87 early in the fourth quarter, Bacon scored six points in a 10-4 spurt that gave Orlando the lead for good.

Zach LaVine scored 23 points, Coby White added 18 and the Chicago Bulls pulled away for a 115-107 win over the host Washington Wizards in Washington, D.C.

Bulls forward Otto Porter Jr. scored 16 points, including 14 in the first half, against his former team. Wendell Carter Jr. posted a double-double with 10 points and 12 rebounds to help Chicago (1-3) notch its first victory under coach Billy Donovan.

Russell Westbrook finished with 21 points, 15 rebounds and 11 assists to record his third triple-double in as many games since joining the Wizards. Bradley Beal scored a game-high 29 points for Washington (0-4).

This is the first time the Wizards have lost their first four games of the season since the 2012-13 campaign. 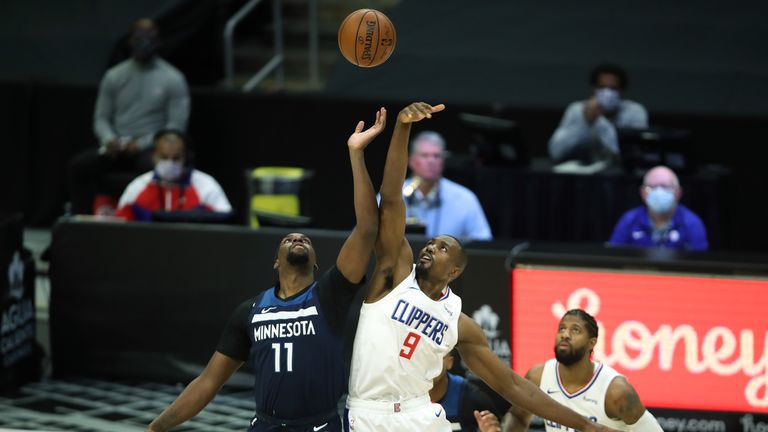 Lou Williams scored 20 points off the bench and the host Los Angeles Clippers crushed the Minnesota Timberwolves 124-101 to move top of the Western Conference.

Williams, who also had five assists, converted 7 of 11 shots as the Clippers bounced back from a franchise-worst, 51-point setback to the Dallas Mavericks on Sunday.

Paul George had 18 points, six rebounds and five assists while Serge Ibaka collected 16 points and eight boards for Los Angeles. Luke Kennard contributed 15 points on 6-of-9 shooting, including 3-of-4 from 3-point range. 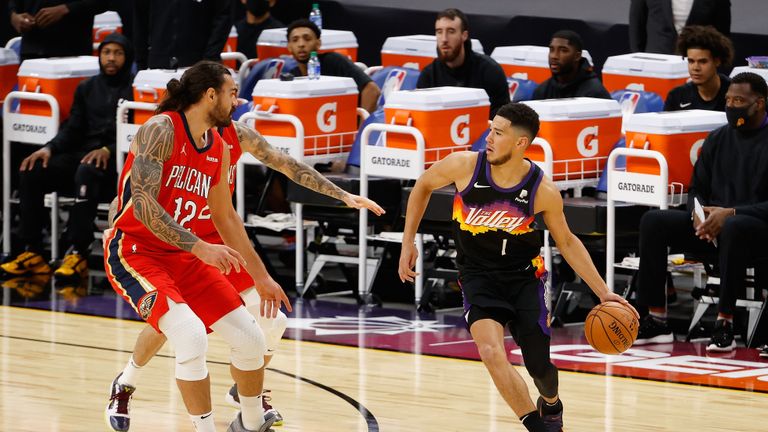 Jae Crowder scored a season-high 21 points and Cameron Johnson added 18 as the Phoenix Suns tried an alternate approach Tuesday and earned an easy 111-86 victory over the visiting New Orleans Pelicans.

The Suns' talented guard duo of Devin Booker and Chris Paul took more of a back seat. Booker finished with eight points, his lowest total since April 2019, while Paul had nine points and nine assists.

Zion Williamson scored 20 points and Brandon Ingram added 13 for the Pelicans, who fell for the second time in the past three games, with both losses coming on the road.

Paul was the architect of a balanced attack that saw six Suns players score in double figures. 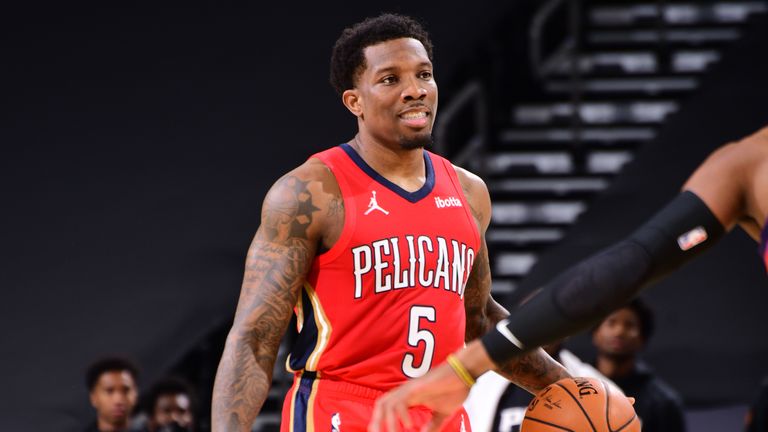 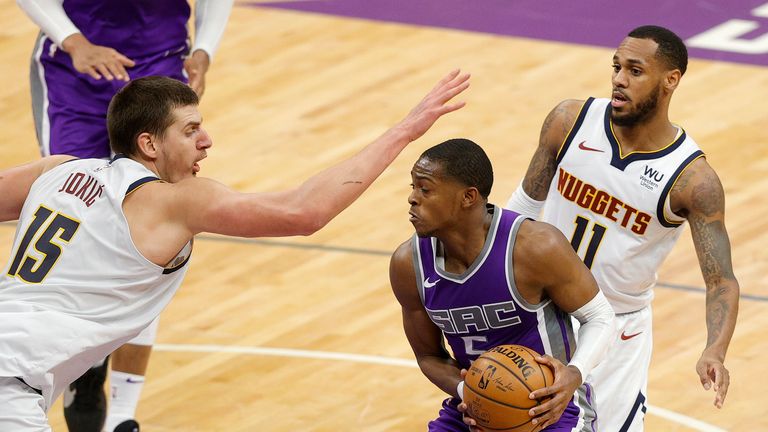 Marvin Bagley III scored 18 points, Harrison Barnes and Tyrese Haliburton had 13 apiece and Buddy Hield and Nemanja Bjelica scored 12 each for the Kings.

Denver's Nikola Jokic finished with 26 points, 12 assists and 11 rebounds for his third triple-double in four games. It was his 44th career triple-double, a franchise record. Jokic also committed a career-high-tying 10 turnovers.

Michael Porter Jr. had 30 points and 10 rebounds, Monte Morris scored 24 in place of Jamal Murray, and Gary Harris added 11 for the Nuggets.