NBA Finals: The Milwaukee Bucks have a Brook Lopez problem

Coverage of the NBA Finals continues late on Thursday night with Game 2 between the Phoenix Suns and Milwaukee Bucks. Join us live in the studio from 1:45am on Sky Sports Main Event & Arena

Brook Lopez couldn't defend either Chris Paul or Devin Booker in Milwaukee's Game 1 loss to Phoenix, leaving the Bucks with a tough dilemma heading into Game 2.

Going into Game 1 of the NBA Finals, all eyes were on Giannis Antetokounmpo's health.

The hyperextended knee he suffered in the Eastern Conference Finals was just the latest in a long line of NBA All-Stars being injured in this year's playoffs, and as the Phoenix Suns Arena opened its doors, the two-time MVP's status was changed from unlikely to 'questionable'.

The world knew he would be doing everything he could to suit up.

Milwaukee Bucks coach Mike Budenholzer showed confidence in Antetokounmpo’s knee on the opening possession, when a play was run to get the 'Greek Freak' flying down the lane for an alley-oop dunk. It was well scouted and Jae Crowder grabbed his arm for a foul while trying to help. The shot was missed, but the message was clear.

While Giannis Antetokounmpo’s good health meant it would be a close-run contest, how each team dealt with the main points of attack was going to be the deciding factor.

On defense, the Milwaukee Bucks opened the game by attempting to switch everything one-through-five. This meant that any time the Phoenix Suns ran a pick-and-roll, the Bucks’ players would swap who they defended.

There are good reasons for this: it means there are no open seams for the offense to drive into the lane, but it also means that you get odd match-up situations, such as a center trying to stop a guard off the dribble and move quickly in space on the perimeter, or you see a small guy trying to keep a big, strong 7ft opponent away from the basket. 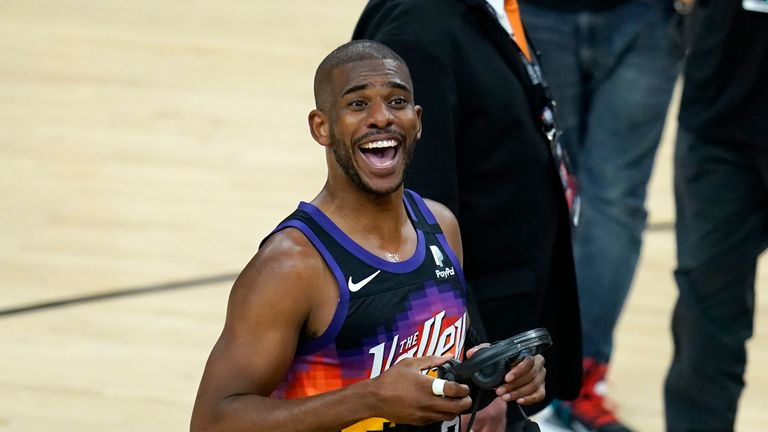 The Suns have two of the best players in the world for spotting these situations: Chris Paul and Devin Booker.

When they had the ball in their hands throughout Game 1, they would quickly identify the tall, slow-footed big man - in most cases it was Brook Lopez - and run a pick and roll so he would switch onto them to create a mismatch.

Devin Booker doesn't think Brook Lopez can guard him on the switch.

And do you know what? He's absolutely correct. 14 points already for Book 🔥 pic.twitter.com/qAXoWLXig9

Bucks coach Mike Budenholzer left Lopez on an island for the first half and it was a recipe for disaster. The coach tends not to make drastic changes in-game and throughout a series he will make subtle tweaks rather than re-writing gameplans completely. In the third quarter we saw some hints at how this troubled defense might evolve.

Some possessions saw other defenders take a step in closer to offer Lopez support - the problem with this is the Suns play four-out on offense, which means they keep a dangerous big man in DeAndre Ayton roaming the paint and setting screens while four deadeye shooters hover outside the three-point line. 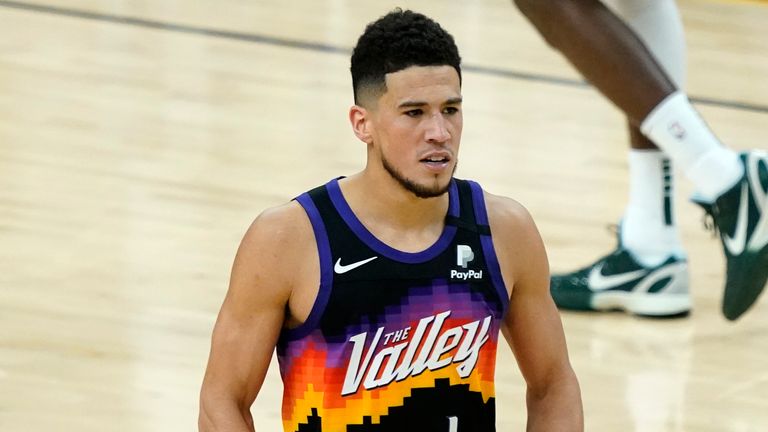 Any combination of Paul, Booker, Cameron Johnson, Mikal Bridges and Cam Payne can score with ease beyond the arc, and when the Bucks take that extra step in to help Lopez, Paul and Booker are quick to notice and kick it out for a nearly open three-point attempt.

In the second half, Lopez played fewer minutes in favour of Bobby Portis, who is a more aggressive defender when switched onto Paul and Booker on the perimeter, but this means there is a more open runway to get ‘downhill’ - attack the basket at speed - and essentially play two-on-one. Portis was left at the top of the key and the smaller defender was then tasked with stopped the attacking guard and the big man under the basket.

That's usually Ayton, who has been one of the most efficient scorers in the paint these playoffs, scoring 73.8 per cent of shots he takes within 10ft of the rim.

Budenholzer also hinted at some drop coverage in the third quarter - a staple of his best defenses in previous seasons.

This worked to some extent, and Milwaukee closed a 20-point deficit to seven points. Dropping means that the big man, such as Brook Lopez sags back towards the basket during a pick-and-roll to protect the rim from a guard drive driving or a lob pass to the rolling big man, rather than switching.

It does, however, open up the mid-range area: the perimeter defender, often PJ Tucker in Game 1, is trying to fight around a screen at the top of the three-point line and the center is underneath the basket.

For some teams this is a good tactic, but Chris Paul and Devin Booker are masters of the mid-range jump shot and the Phoenix Suns can make their opponents pay. 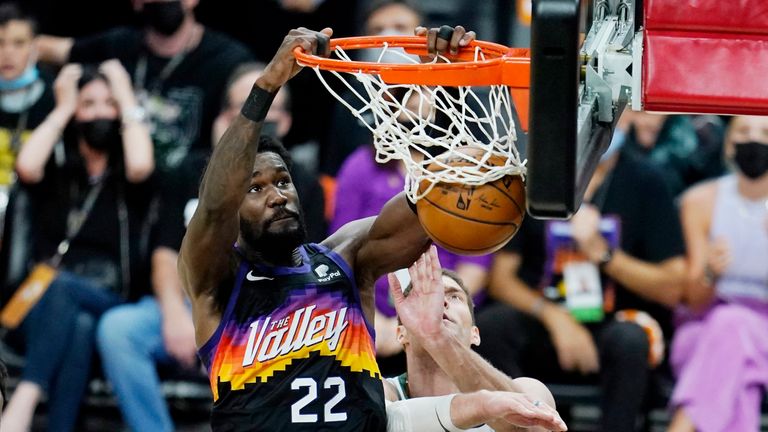 The difficulty Budenholzer has is that Lopez was playing well on the offensive end of the court.

The Suns opted to defend him using Crowder to start the game, and it didn’t go well. When Phoenix were on offense, Crowder often plays in the corner, ready to shoot a three if the ball swings around the perimeter or is kicked out. But with Lopez often switching defenders at the top of the key, he is in a good position to leak out if the Suns miss and beat Crowder down the court.

When Suns coach Monty Williams put Deandre Ayton on Lopez, the Bucks big man stood in the corner and pulled his defender away from the basket. This created an open lane for Giannis Antetokounmpo to drive, and if Ayton helped, Lopez was wide open to score 17 points, hitting 50 per cent of his shots and 60 per cent from three. 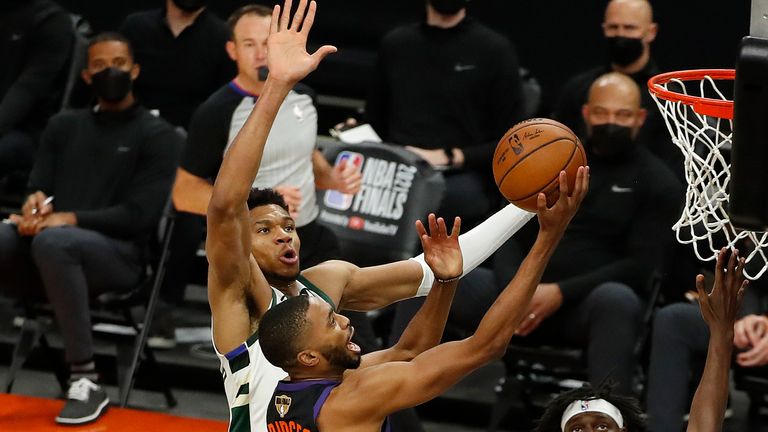 Giannis Antetokounmpo scored 20 points and grabbed 17 rebounds, and added a ridiculous block after chasing back a fast break opportunity. He looked good on the most part, picking and choosing where he shoots threes - taking two and hitting one - and he wasn’t a negative at the free throw line.

If they can figure out ways to keep him on the court for more of the game his offensive output could be a major spark for Milwaukee. They have to make some subtle changes to the drop coverage, or avoid leaving him on an island in switching defense.

The longer this Finals series goes, the better chances the Bucks have.