12 Red Roses: How England and Tracey Neville upset the world order in netball

While some of the events in the Commonwealth Games might not carry the lustre of the Olympics, World or European Championships, the same cannot be said of the netball competition. So England's gold medal on Sunday morning has to be one of the Home Nations' finest performances of the 2018 Games on the Gold Coast, writes Paul Prenderville.

Netball's status in the southern hemisphere gives women a platform virtually unseen in other countries. Professional teams, well-paid players, TV deals and a place on the last day of the Games gives you an idea of where it stands, and as for what the Diamonds were probably expecting... well, it wasn't silver.

Heading into the gold-medal match, the Roses had not beaten Australia since 2013, never at a major Games, and in fact only five times in their entire history.

A thrilling victory over defending champions, world No 1s, overwhelming favourites and a host nation in front of a raucous crowd gave England their first ever major title in the early hours of Sunday morning.

The outpouring on social media suggests plenty around the country were up at the unlikely hour of 4am, including Gary Neville and Michael Vaughan, and the sport's continued growth in the UK will have been given another huge boost by Sunday's events.

But this is no flash in the plan, it's been a long time in the making, and having heard as much from head coach Tracey Neville and the players on a number of occasions during the last couple of years, it's clear this is the culmination of a process.

It hasn't all been plain sailing; the advent of professional contracts and increased numbers of players heading down under to play their club netball has all had to be balanced with the demand for results.

Defeats and victories to the southern hemisphere nations have been more frequent than ever due to the Quad Series and its introduction over the last two years has played its part. Regular top-level matches against the best in the world have shaped this Roses squad.

Playing in the Australian and New Zealand leagues, the home of the elite level of the sport, has been pivotal for youngsters like Helen Housby and Beth Cobden, while Jo Harten and Geva Mentor have been playing there for years.

The professional era in this country has been too long in coming, but it is coming. There have been teething problems as the sport gets used to its growing status, but it will only help a game that is booming at grassroots level.

A 44 per cent increase in participation in 2017, with women young and old playing more and more, is going hand-in-hand with an expanded Superleague competition and blossoming pathways, development and Academy programmes.

Throughout these ups and downs, all introduced to better the game in this country, Neville has been rock solid at the centre of it - and her role cannot be underestimated.

A dream come true, my ♥️, my passion 🏴󠁧󠁢󠁥󠁮󠁧󠁿 my heart . Someone’s given me the 12 most beautiful red roses #webelieved 🥇 pic.twitter.com/LnsYpMnuHa

She has used contract hold-ups and the absence of established names to introduce younger players to the squad whose impact will be felt in the coming years. Crucially, she has also trusted those who have been in the system for a long time to prosper in the new era, and prosper they have with the most spectacular of gold medals.

After the 2015 World Cup, where England finished third following another semi-final defeat, praise and criticism has followed, but Neville's commitment to the 'cycle', whether losing to South Africa or beating New Zealand in New Zealand, has been unwavering.

A squad has been built through this process, with all 12 players having played their part over the last 10 days in dominant group-stage victories and edge-of-the-seat, last-second thrillers. And there are many more players, officials and support staff that have put this process together.

Housby's last-second winner against Australia was four years in the making. She did exactly the same thing as a teenager for Neville's Thunder to win the Superleague in 2014 - she's now starring for New South Wales Swifts and is a gold medallist.

The outstanding Mentor has been to four previous Commonwealth Games and is one of five players to play their current netball in the southern hemisphere. Chelsea Pitman was already a world champion with Australia before switching allegiance thanks to a Yorkshire-born father, and Jade Clarke just happened to win her 150th cap in Sunday's final.

While the sport continues its battle for Olympic recognition - and the competition on the Gold Coast will undoubtedly aid that - where next in the process for England?

What's the next cycle? And where do England go from this euphoric high?

The answer is the 2019 World Cup, which will be hosted in Liverpool, and the 2022 Commonwealths, which will also be in England when Birmingham hosts the Games. England Netball have a great opportunity on the back of the gold medal as captain Ama Agbeze underlined: "The Commonwealth Games is in my hometown of Birmingham next time - I do love netball.

And there is no doubt that Neville's focus will be on that - she told the BBC as much in the immediate aftermath. 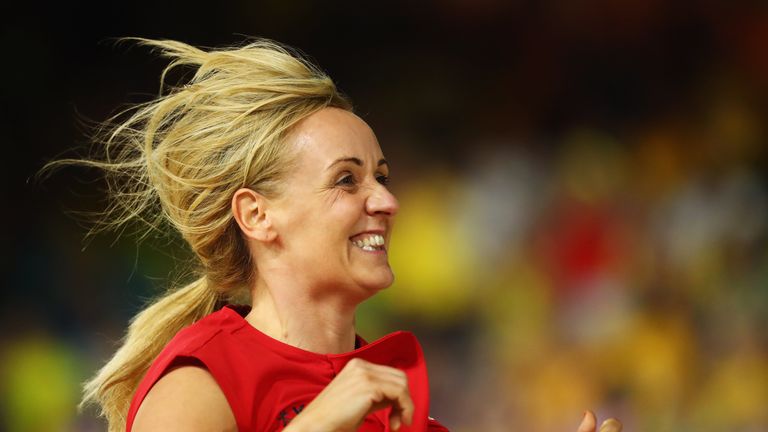 We beat them today, but that could be a bad day, we need to go out now and start beating them on a regular basis

The sport must now build on the remarkable achievement in Australia and with the next two major events taking place in England, the Aussies will be out to make amends. Under Neville, you feel England are going to be more than ready for them.

The Vitality Superleague returns on Sunday, April 22, with Wasps Netball in action against Team Bath. Coverage gets underway from 2.45pm on Sky Sports Action & Sky Sports Mix, which you can find on channel 287, and is free for all Sky customers