The Australian Diamonds are "hungry for the chase", according to their highly-experienced head coach Lisa Alexander, as the Netball World Cup in Liverpool edges closer.

The world leaders arrived in Manchester on Thursday to complete their final preparations before the 15th edition of the competition commences on July 12.

Australia into it as the defending champions, in fact they have won the last three in succession, but their place at the top of the world order was rocked at the Commonwealth Games last year.

England's gold-medal winning performance on the Gold Coast shook the netball landscape and it was an experience that head coach Alexander believes has had a strong impact on the squad that she has selected for this World Cup.

"I think that this group, because it is so different to last time, they are hungry for the chase and I can't wait to see them out there,'' said Alexander at diamonds.netball.com.au.

"When they click and get it together, it should be a really awesome outfit.''

Alexander turned heads when she announced her final 12-player squad. The services of the former vice-captain Gabi Simpson were not deemed to be required with Kim Ravaillion also omitted.

Shooter Caitlin Bassett will captain a squad that has only 338 caps within it and just three players who have previously been to a Netball World Cup tournament.

Form and selection on form have been words that have flown around since their squad announcement and now Alexander is clear about what she wants to see from them over the course of the competition.

"I said to this team the part of what we have to do is we've got to learn to play attack that's not pretty,'' said the head coach, who has led them since 2011.

What a great hit out we had with some of the best players in the Suncorp Super Netball today.

Thank you so much to the Swifts, GIANTS, Vixens, Firebirds and Thunderbirds players who came to Netball Central to help us prepare for the Netball World Cup pic.twitter.com/BY4BtkCEEb

"Sometimes you've just got to be able to bring that ball through, keep possession - doesn't matter how we do it, it doesn't have to look perfect.

"But then there'll be times we'll get to use that great Australian ball speed, and the cuts and drives, so we'll be a team that can be flexible with our game plan around our opposition."

Alexander is also keen to see her side "get their attack right" and get the connections that they need in that attacking end.

Secure combinations and learning to get the job done no matter what, are other items that are also high on their agenda. 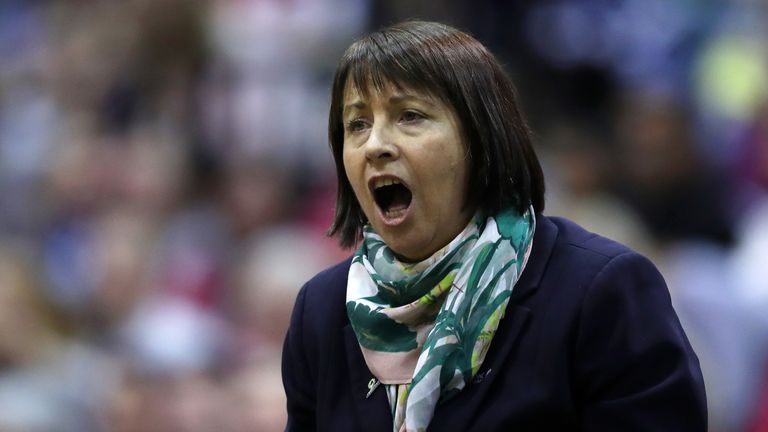 Some rotations are working well, but we really need to make sure that we get all of our combinations working well, so we'll keep working on our centre passes and our long court, and just drilling it, and also learning to play ugly, because we need to do that.'

The Diamonds won the first world tournament in Eastbourne back in 1963 and have been the most successful side in the competition's history by winning 11 of the 14 editions.

They have six Commonwealth Games gold medals in their cabinet too but did not achieve their ultimate goal 12 months ago and had to settle for silver.

"Last year in the Commonwealth Games you saw some of the best netball you've ever seen by a team, I thought, and I think we just got ahead of ourselves.

"We just thought that no-one could touch us, and that's not the case.''

Watch every match of the 2019 Vitality Netball World Cup live on Sky Sports. Coverage starts on Friday, July 12 plus keep up to date with all of the latest competition news, results and enjoy in-depth features at SkySports.com/netball