Watch the Vitality Nations Cup play-offs on Sunday live on Sky Sports from 2.15pm and via our streams on the Sky Sports YouTube channel 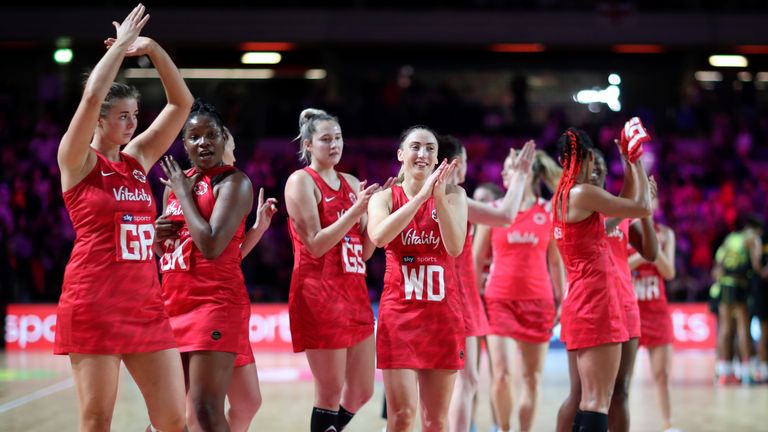 England's Vitality Roses suffered an agonising defeat to Jamaica's Sunshine Girls by 70-66 and miss out on a place in the final of the Vitality Nations Cup.

In front of a capacity crowd at the Copper Box Arena, the home side had a storming final quarter but left themselves too much to do.

The loss means that they will face South Africa in the third versus fourth place play-off on Sunday afternoon with Jamaica taking on New Zealand for the competition's title.

Watch the match back on Sky Sports' YouTube channel

Thirlby's outfit went into this encounter knowing that they needed to stifle the effectiveness of the Jamaica's key target in their attack-end, shooter Jhaniele Fowler.

The head coach put her faith in the experienced Stacey Francis at GK and partnered her with Kate Shimmin but the whole side knew that their defence would need to be on point through court, in order to halt the ball early too.

The duo got the capacity crowd at the Copper Box Arena on their feet whenever they disrupted Fowler's work, but the Sunshine Girls' shooter had packed her A-game.

In England's attack-end, Thirlby elected to re-introduce Kadeen Corbin at GA from the outset and Eleanor Cardwell dropped back to GS.

Ahead of this match, the Roses hadn't won an opening quarter in the competition. The trend continued in London, as did another for three quarters, which was dropping off in the final minutes of quarters.

The Roses found themselves 19-15 down after 15 minutes and Thirlby made the first of many personnel changes in order to try and things around.

She introduce the highly experienced Chelsea Pitman at WA and shifted captain Natalie Haythornthwaite to GA.

A settled Jamaican line-up continued to press in the second quarter and converted their centre passes to goal well. In contrast, a few errors plagued the Roses' work and they again dipped as the quarter came to a close.

Latanya Wilson, who came on towards half-time, gained a key turnover as did Shamera Sterling. The two players' turnover ball was being converted beautifully due to the effectiveness of Fowler and it helped to create a 39-31 half-time cushion.

Silver Ferns pushed all the way by South Africa

Head coach Thirlby used half-time to make further shifts in personnel. Amy Carter, who had arrived at the end of the first half, moved to Centre with Pitman combining with her at WA.

The Sunshine Girls continued to press after the pause though, and surged 11 goals up with nine minutes of the third quarter remaining.

Thirlby decided that was the point to amend the that picture they were seeing in defence. Razia Quashie entered the fray at GK and Francis moved out to GD.

The pairing enjoyed some dominance against Shimona Nelson, who arrived briefly, but as soon as Fowler returned in the final quarter, she held firm again. 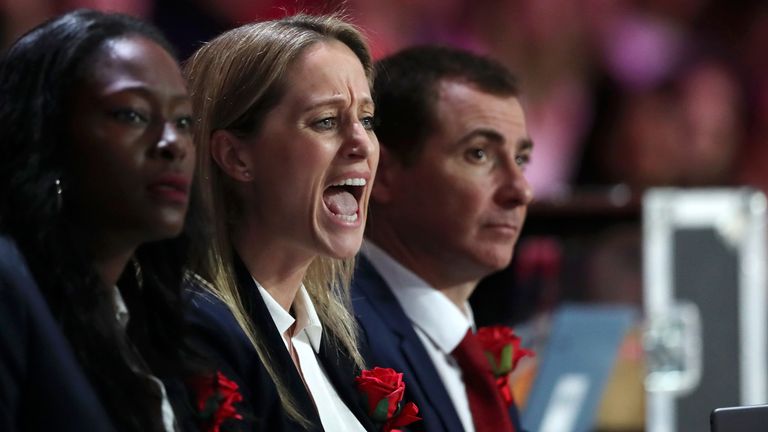 In the final quarter, Roses' fans in the crowd produced an electric atmosphere and their voices were rewarded by a stunning comeback with the gap moving from 13 goals down to four at full-time.

England's fluidity in attack had returned after a final set of changes and the combination of of George Fisher, Cardwell and Haythornthwaite at GS-GA-WA shone.

They played with the type of energy and fluidity that they needed to, gave the ball early, and Jamaica felt the heat. However the clock was not England's friend and the Sunshine Girls' first-half work saw them over the line.

Sky Sports is your home of netball - every moment of the Vitality Nations Cup is being shown on air and streamed on YouTube. The final match-day is on January 26, with back-to-back play-off matches.