The Vitality Netball Superleague Season Opener, which will be live on Sky Sports and streamed on YouTube on February 22, is expected to attract the largest-ever crowd for a one-day event in UK netball history.

All 10 Superleague sides will be taking to court at Arena Birmingham to mark the start of the new term and are poised to play their matches in front of more than 8,700 fans.

Alongside every match being shown live on Sky Sports Mix & Arena, those without a subscription can also follow the day via our live streams on the Sky Sports YouTube channel.

The curtain-raising day, which is an additional round, will feature teams playing an opponent for the third time and commences the season's schedule.

Northern Ireland and Leeds Rhinos head coach Dan Ryan will join the trio for the bumper day of netball with Caroline Barker providing the commentary and Hannah Wilkes as our court-side reporter.

The Season Opener has already seen higher ticket sales than the final day of the Vitality Netball World Cup in Liverpool, and are also 53 per cent higher than the 2019 Season Opener.

The day will begin with Strathclyde Sirens taking on London Pulse, followed by Celtic Dragons meeting Surrey Storm. Saracens Mavericks will be next on court against Severn Stars before Team Bath Netball play Loughborough Lightning.

The final match of the day will be a re-match of the 2019 Grand Final as Wasps Netball look to gain early revenge over Manchester Thunder. 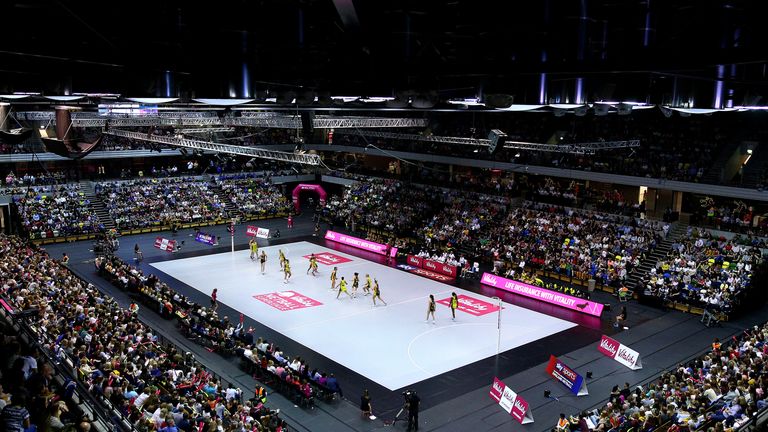 We are putting a lot of focus into making the Vitality Netball Superleague fully professional and aim to make it the best women's league in the country. So to see that the best ticket sales for a one-day event in our history is for our Season Opener event is extremely pleasing and means we are on the right track.

"It has been a standout 12 months for netball in England," Fran Connolly, England Netball CEO said.

"The anticipation for the upcoming season is really starting to build which is evident from these fantastic ticket sales for a one-day event.

"I can't wait to see it continue to grow and for all 10 teams to run out in front of what is likely to be a sold-out crowd later this month."

Sky Sports is your home of netball and is back on your screens this month when the new Vitality Superleague season gets underway with all 10 teams in action at the Season Opener from Arena Birmingham on Saturday, February 22.