London Pulse have ambitions of finishing in top four, according to Adean Thomas 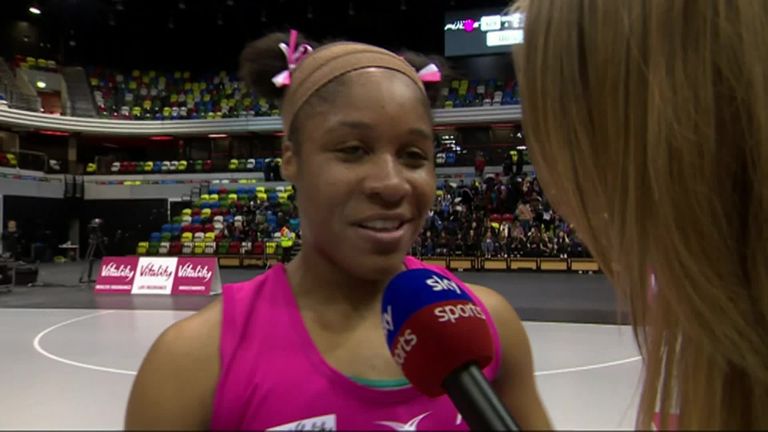 London Pulse have ambitions of finishing in the top four this season, according to Adean Thomas, who was player of the match in their impressive win over Celtic Dragons on Monday.

Pulse delivered a flawless final quarter to seal a big 69-38 victory against an injury-stricken Celtic Dragons in front of the Sky Sports cameras.

Chiara Semple, Sigi Burger and an inspired performance by Thomas enabled the capital side to move 3-0 for the season. They have now won as many games this season as they did in the whole of 2019.

"I go hunting for the team," Thomas told Sky Sports. "In our minds we're out to make the top four this year. Even though most of the girls are from different countries, we're really working hard in training to make it work.

"We work on our weaknesses and we came out here to put that on court to see how well we've come on. We did a great job today. We came out to play hard and come out with the win and just show everybody that London Pulse is here to play." 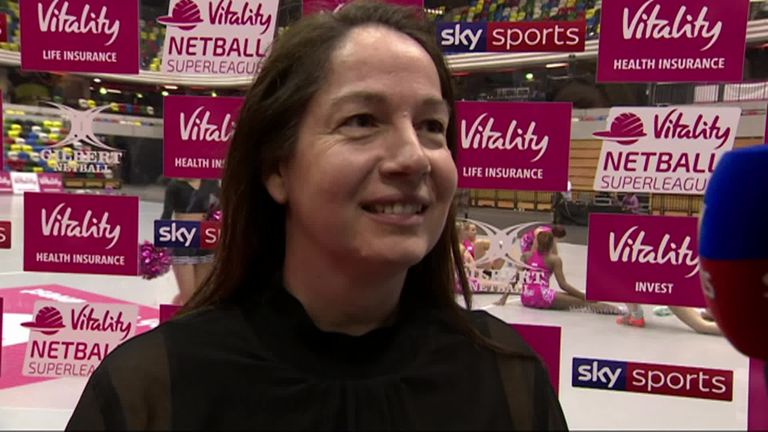 Head coach Sam Bird believes her team will travel to table-toppers Bath full of confidence after another impressive showing.

"We were absolutely flying tonight," said Bird. "The team, the whole squad. Again, I thought I defence was solid at the back and Halimat Adio was solid in the circle as well - great defending unit.

And ahead of their top of the table clash with Bath, Bird added: "Bath are obviously a very good side. They will bring it and so will we. I think at this stage of the season you can only go on current form. We look strong and we can go down there and really challenge."