Hear more from Jean Hornsby during the Black Roses documentary on Friday at 4.45pm on Sky Sports Arena and Mix. This week, England's Vitality Roses and the Vitality Netball Superleague All Stars will be playing for the Jean Hornsby Cup. 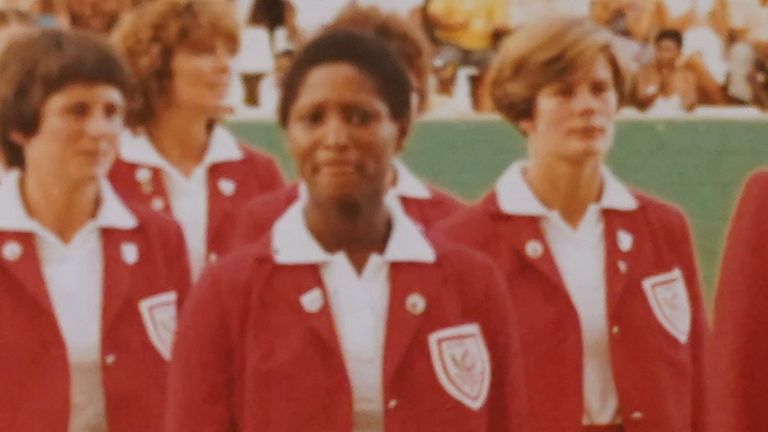 "I was the exception but now it's the norm, which is perfect and as it should be," says Jean Hornsby, England Netball's first black player, as she reflects on her pathway to the top of the sport.

Hornsby, who was born in Nuneaton, showed her athletic ability from a young age. She was a natural athlete who thrived at team sports and athletics, before netball came into her life.

"When I moved to a second secondary school in 1970, it was a very prestigious netball school," she said.

"They had won the English title the year before and had an England schoolgirl player there so that was my introduction to the sport.

"When I first arrived, I used to hide at lunchtimes and break times... my PE teachers would come and find me and drag me along to netball," she added with a smile. "That was the start of it all."

The netballer's parents originally came from Manchester in Jamaica and made the journey to pursue greater opportunities for work and in their own words, 'make a better life for themselves'.

Her father worked on the railways, mines and then the buses while her mother was a nursing auxiliary in a maternity hospital. They both displayed an exceptional work ethic to Hornsby but weren't able to see her play.

"They didn't get to see me play and that became a bit of a tradition really... they hadn't seen me play so they thought they might have jinxed it if they did!

"My dad worked overtime to make sure that I had the money to do what I needed to, both at school and college." 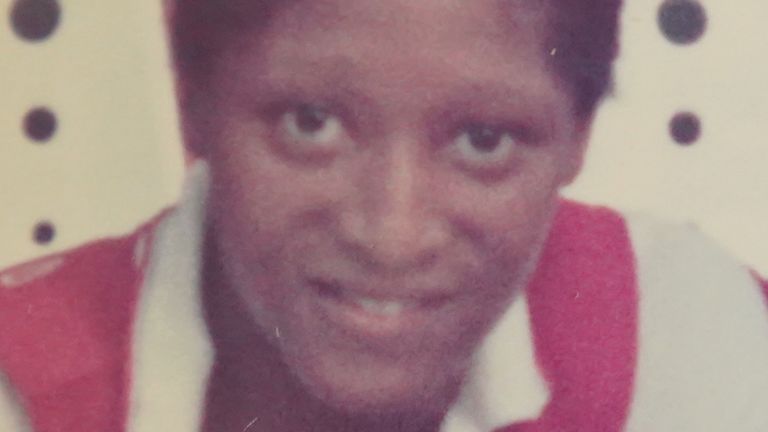 Hornsby's talent quickly meant that she added club and then county netball to her repertoire and she took it upon herself to get lifts to training and matches.

As a pupil at such a netball-centric school, it meant that national opportunities quickly came knocking in the form of England schoolgirl and then U21 trials. The trials were held in Crystal Palace and Hornsby remembers them well.

"Our trials were always based over a weekend so I would get a National Express bus from Nuneaton to London, my dad would get the tickets for me, and I would then get the train to Crystal Palace.

"You had initial trials and then final trials. It was just a weekend of pure netball indoors, which was unusual because all our courts were outside.

"I remember the experience was amazing. There were hundreds of players at the National Sports Centre and sometimes there were other international sportsmen there; boxers or football teams.

"It was great because you've got all these people with a common interest in netball and great to see amazingly skilled players that you don't get the opportunity to see in your local club."

Hornsby not only excelled at the trials but also during her England U21 career, where she spent two of her four years as captain. As a result, she progressed again and was selected for what would be an extremely memorable senior tour in 1978.

"The trip to Trinidad was huge for me because I was young, inexperienced and amongst senior players," she said.

"I was going to the other side of the world as I saw it, and I stood out because I was the only black player in the team. There was excitement in Trinidad that I was coming, which was amazing.

"It was a bit awe-inspiring at times because the focus was on me quite a lot a lot of the time.

"We'd go to games and the crowd would shout, 'We want Jean... we want Jean'. I didn't play in any of the games but the experience of being there [was superb].

"I had never seen anything like it, because you went to matches in England and it was all very sedate and polite. It wasn't really crowded.

"Out there, there were men, women and children watching. Netball was such a big thing in their culture, and it was amazing actually." 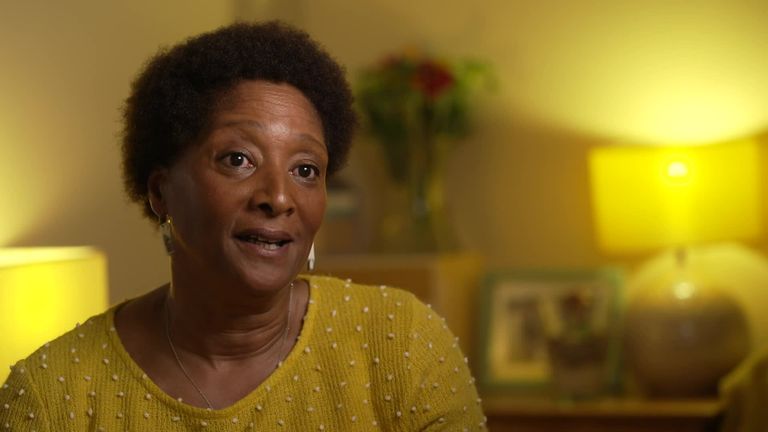 As a player, Hornsby was always focused on her performances on court and upon gaining her first cap, had no idea that she was creating new history in the sport, as the team's first black player.

"At the time, I wasn't aware that I was the first black player. Although I didn't ever see anybody of my age or older to look up to. I was just a player, I just wanted to get on there, do my best and excel.

"I was just me," she said. "But someone said to me once at the trials, that it was okay for me because I could stand out amongst everybody else. I replied to them that it was great, wasn't it!

"I hadn't really ever thought about my colour helping me get through, if that's what that person was saying. It's the one time where I did stand out, not on purpose that was just what happened.

It is a mark of Hornsby's character that she did not take offence to this individual's comment.

"I was the exception but now it's the norm, which is perfect and as it should be," she said about the mix of players in today's squads. 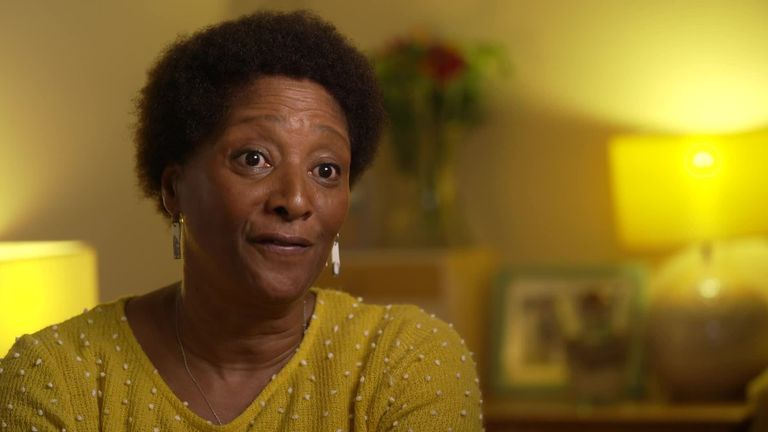 In contrast to the long careers that athletes now enjoy, shown by the likes of Serena Guthrie and Jade Clarke, Hornsby ended her playing career at 22 years old.

It was at that point when she was forced to make a choice and her professional career had to take priority.

As a teacher, she has been able to pass her work ethic on to others and actually ended her teaching career in the secondary school that she attended as a pupil.

Hornsby is a warm and humble character. She is the type of person who wouldn't ever shout from the rooftops about her place in netball's history, however it is a significant one and one that has paved the way for so many others to follow in her footsteps.